Full parks for dog walkers are not unusual in Prague. won every ninth Prague has a four-legged partner at home. The dumb face will please after a hard day at work. However, the downside is the irresponsible behavior of the owners. The situation in Žižkov is particularly serious, where a walk often looks like a road through a minefield. Therefore, in March 2019, the “Troika” launched the Žižkov Šiškov campaign, in which there was a drastic number of bag magazines and tightened fines. Dog owners are fined up to 10,000 crowns for uncollected “poop”.

This was followed by the campaign “Žižkov is not a pine cone or an ashtray”. The initiators “took the dog” not only dog ​​owners, but also smokers. The town hall continuously increases the comfort of cleaning for dogs. In addition to 202 baskets and 321 bins, dog excrement bags from the beginning of 2020 were added. There are many “Hafans” in Prague. By the end of 2020, there are in the metropolis there were a total of 90,183. Of these, the “three” registered 3851. The pedestrian on the street most often meets a cross followed by a Yorkshire terrier.

According to Irena Seifertová, a spokeswoman for the City Police. Prague, police officers discovered 390 offenses in connection with the pollution of streets and other public spaces with breast excrement last year. “In 37 cases, we imposed fines, where the average amount of the fine was 480 crowns, we reported 2 offenses to the administrative body and the remaining offenses were dealt with by the police.” a spokeswoman told Blesk.

Complications are caused by the fact that dogs are in many cases children and adolescents. For children under the age of 15, police officers cannot solve this offense at all, and for juveniles they can only impose a lower fine, which is lower by law. Another problem is walking dogs by the elderly. “If they commit an offense, the same rules apply to them as to everyone else. But sometimes it is very difficult for police officers from a human point of view to get them to clean up after their dog, or to impose a significant fine on them, “ adds Irena Seifertová.

In order not to introduce only repressive measures and reprimand Prague 3, she decided to thank those owners who are not indifferent to public space and honestly clean up after their hairy friends through photos of dog pets. A competition was announced informally called “Miss Dog”. The locals sent photos of their four-legged friends to the town hall. The 25 best pictures in terms of detail and format were selected from them. In the end, the town hall had the finalists placed on racks with trays for bags for collecting “poop”.

The town hall even tried to partially respect the territory of the finalists. Each selected dog received 15 stickers. For those with the address, at least two photos were always placed on their streets. For the sake of variety, the rest stuck evenly throughout the “three” on all the bins. However, Prague 3 does not plan a map.

A pleasure to look at

Residents are enthusiastic about the idea. However, it did not reach all dog friends. “I’ve always been collecting and will continue to do so, but the pain of not recognizing it is terrible.” laughs breeder Pavel laughs with a good deal of exaggeration. Another dogwoman, Šárka, praises the idea. “My daughter and I are looking for our bitch and she is nowhere. But it’s a nice idea, we get to know the dogs we pass on walks. “ 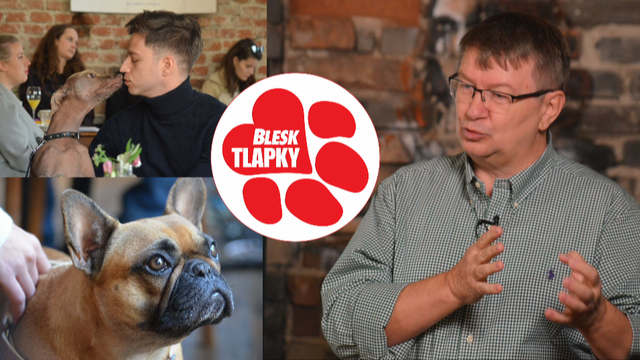 Dog obesity is an increasingly common problem, with animals suffering from diseases like humans. How to prevent it? Katerina Lang 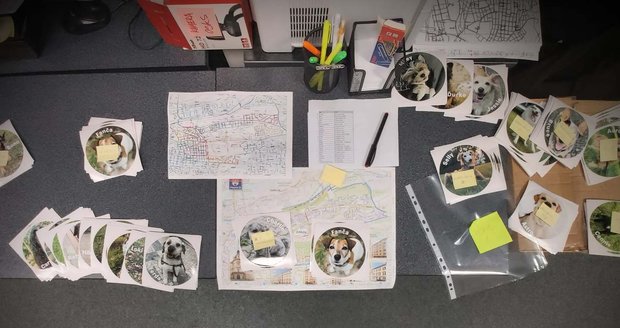 ‹ Brno architects give old buildings a new life. They were destined for demolition › Toulouse. We tested the Oncopole shuttle without a driver