Loyalty to the regime can also be deadly. Some fought for her life, but others demanded the death penalty. Secrets of celebrities

Description: Jiřina Štěpničková as actress Slávka Hradilová in the drama directed by Jiří Hanibal from 1969 Hvězda

PHOTO / VIDEO Unlike most of the First Republic films, which were forced to resign for another period immediately after the liberation, the fate of the extraordinary actress did not begin until a few years later. Her tragedy in life began innocently. (Continued from Friday, December 3)

With the advent of sound film, the importance of cinema grew rapidly, so whoever wanted to mean something in the acting world could not avoid the screen. Jiřina Štěpničková soon understood this, so she overcame her initial disgust in 1934 and returned to the camera as Irena Svobodová in Vlasta Burián’s comedy The Heroic Captain Korkorán. Only two months later, her next film, Josef Rovenský’s historical drama In the Morning Reds, premiered, in which she played the granddaughter of the gamekeeper Madlenka, who started a series of heroines in folk costumes. At that time, the films were made really fast, so at the beginning of the summer of 1935, the Eleventh Commandment was shot with Martin Frič, and in July she was already filming with the legendary Maryša of Rovensko. The film was awarded at the Berlin Biennale in 1936 and gave birth to a new star.

After leaving the National Theater in 1936, she concluded a contract with the Vinohrady Theater only as a regular guest due to the time-consuming collaboration with the film. In fact, unlike Národní, she could finally enjoy a big role on his stage, especially in Czech classics. At the end of the 1930s, she bought a villa in Zbraslav, which became the fulfillment of her desire for peace and solitude at a hectic working pace. Nevertheless, she performed them twice by local amateurs, in 1942 as Božena Němcová in Frank Tetauer’s play Life is Not a Dream and two years later as Maryša. Thanks to filming and cooperation with the radio, she avoided total commitment and in the last war she starred in three films, the executioner’s wife Rosina in Martin Frič’s historical comedy The Honorable Lady of Pardubice, Heva in František Čáp’s peasant drama The Girl from the Beskydy Mountains and Karel in Václav Wasserman’s social comedy Sobota. 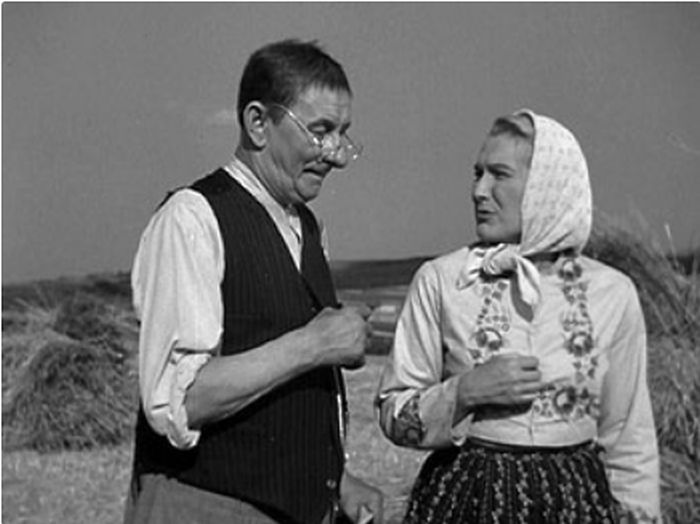 With Vlasta Burian in the comedy The Hen and the Churchman; photo courtesy of Czechoslovak State Film

When the actors were finally able to return to their theaters after the liberation, a new management was waiting for them, but as a rule, they did not just excel in professional qualifications. The film studios closed for Jiřina because she did not join the Communist Party, so the feeling of bitterness in her soul increased. At the beginning of the 1946-1947 season, he required a free medical leave and a free trip to two study trips to England. During her second stay, a son was born on April 10, 1947, whose father was Jan Samec, a professor of drawing five years younger, whom she married shortly before giving birth. But the marriage lasted just over a year. Thanks to his place of birth, his son acquired English citizenship and was given five names after his baptism, Jiří Jan Jaroslav Martin Otto. After returning to her homeland, Jiřina rejoined her work in the theater, but in the film she was given the only role in a comedy about the joyous work of the cooperatives Slepice a kostelník. And then her life’s tragedy, a driven provocation of state security, began.

In 1951, a group of Soviet advisers worked in Czechoslovakia, correcting actions against the regime’s enemies. In the event, called General Prevention, it was necessary to select at least one representative from each field and to present it to the people. He was not looking for the perpetrator, but the person for whom the act was then to be found. Milada Horáková and Rudolf Slánský, two large groups of scouts from civic organizations, were exemplarily punished in the field of politics. In the summer of 1951, Jiřina received a letter from director František Čáp from Germany, who had already written: Come, girl, I have a job for you. At home, she was in need of a role, so she agreed with her neighbor Růžena Daňhová that they would run away together. Jiřina will play and Růžena will take care of the household. The past was taken care of by StB agent Jiří, who was to form a ‘group’ for October 22, 1951. The actress’ friend Eugen Hoffman picked her up after her and then four-year-old Jiří, whom he was to carry across the border. They got off at the Škviřín stop, and the converter Jiří was waiting for them on the platform. that they will travel five kilometers three times. But suddenly Růžena’s daughter started to cry, so Daňhová came back with her. A stream appeared in the border area of ​​Planá near Mariánské Lázně, a meadow behind it and a wooden hut on the horizon. Jiří ordered to run and… disappeared. Then there was a shooting. 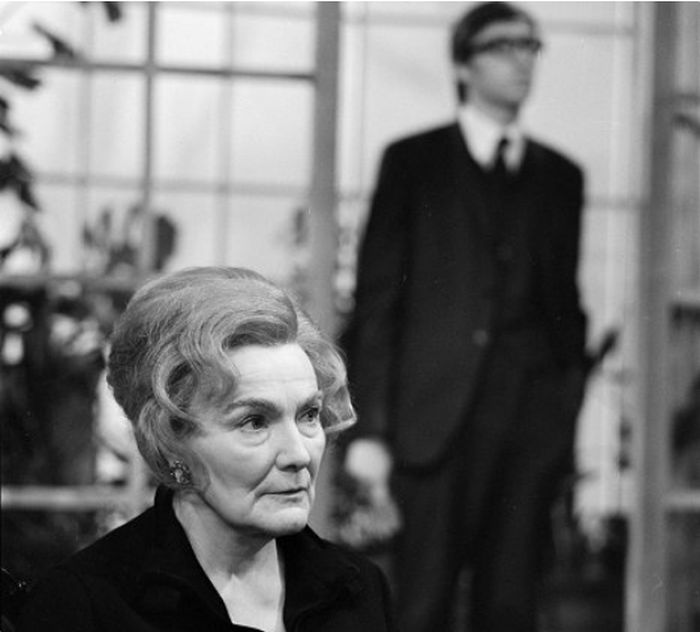 In 1973, in the television dramatization of Václav Erben’s detective novel The Fool’s Death; photo courtesy of Czech Television

Jiřina was caught on the spot, for Růžena they came to her sister in Vršovice a few days later. Jiřina was tried for espionage and high treason, she was awaiting trial in the Pankrác prison until December 2, 1952. The dreaded judge Rudý, nicknamed Rudý kat, was directed and lasted only two days. Eleven convicts from the previous trial were executed on the second day of the trial to protect the atmosphere of fear – Rudolf Slánský, Vladimír Clemetis, Otto Fischl, Josef Frank, Ludvík Frejka, Bedřich Geminder, Rudolf Margolius, Bedřich Reicin, André Simone, Otto Šlink and Karel Šváb. The mediated trial of the well-known actress and the related campaign were supposed to be a warning that the regime would stop at nothing and against none. Jiřina got fifteen years old, Růžena fourteen. The actress eventually spent less than ten years in the infamous Pardubice women’s prison. 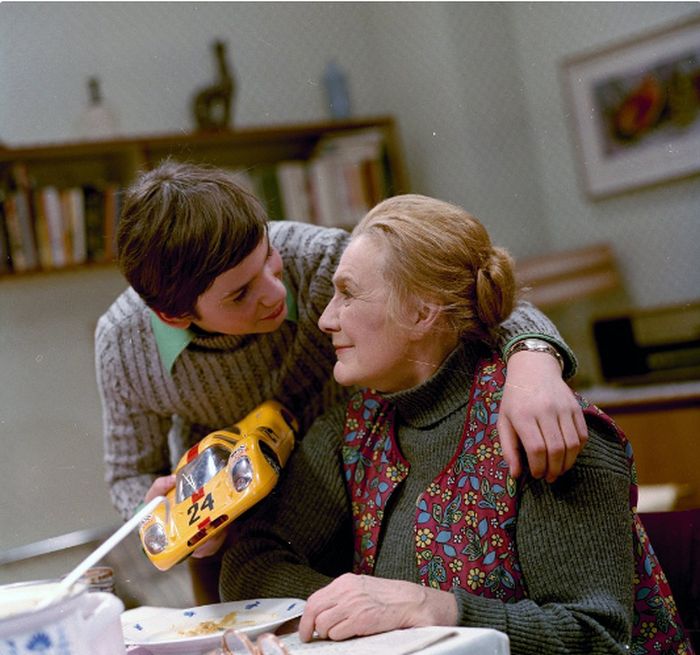 Grandmother and Honza (Daniel Rous) in the psychological miniseries for children from 1975 The danger of skidding; photo courtesy of Czech Television – Alena Červená

Jiří was pushed into his home

After Jirina’s imprisonment, her son was placed in an orphanage, irreversibly destroying his relationship with a ‘selfish mother who was ruthlessly seeking fame’. Until the year 60, he saw her only once a quarter, in the premises of 19 prisons. After many pardons, written alternately by her sister and some colleagues, she was released on parole in 1960, two months before the presidential amnesty. Her liberation was demanded by, among others, national artists Zdeněk Štěpánek, Zdenka Baldová and František Smolík, winner of the Karel Höger State Prize and leading actors of the National Theater Vlasta Fabianová and Jaroslav Vojta. After her release, she was very much looking for in the end, but she still managed to re-enter the field. She slowly began to appear on stage and in front of the camera, but not as a flying star, but as an artist who knows about her life. In 1968, she received the title of Deserved Artist and a year later achieved complete rehabilitation. 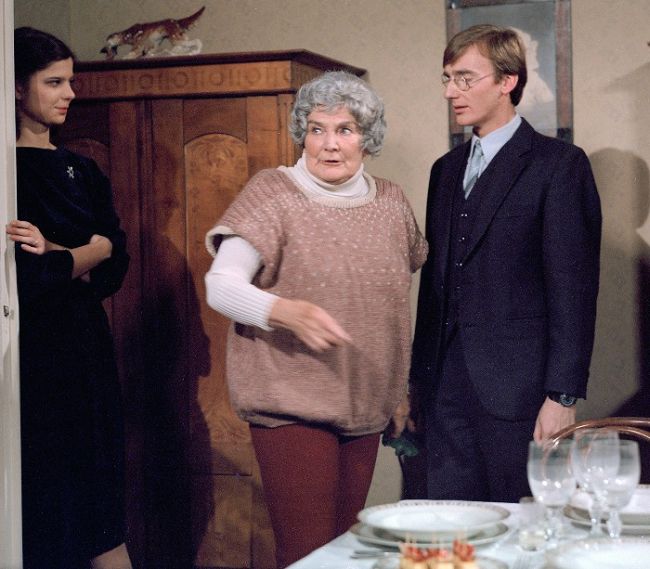 Last on camera – with Ondřej Havelka in the short story Boty, from the popular Bachelors series; photo courtesy of Czech Television 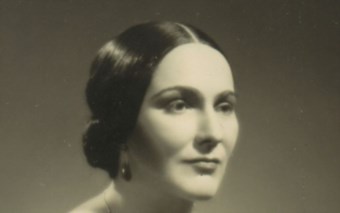 How to say NO

After returning, Jiřina lived with Jiří in the same room without water. Eventually, he also became an actor, and the proud mother still managed to make enough of his wealth with growing filmography, which began to be written in the first children’s roles as early as 1961. She was undoubtedly proud of him, yet she never liked the words. “She was very uncompromising and could come alive. It was impossible to stand in her eyes. But I knew that she was a perfect professional and that her comment fits, “Jiří Štěpnička told Novinky.cz some time ago. Jiřina Štěpničková died on September 5, 1985, and her son paradoxically only two months later made a biographical series about Klement Gottwald. He illustrated a role conceived in the sense of a just man of the people who fought for the good of society. “Gottwald taught me to reject the role,” he said later. “I have considered the pros and cons if I refuse. They certainly wouldn’t shoot me, it would just be a professional death. I made the decision I made, and I made a bad decision. Thanks to that, I learned to say no. “ 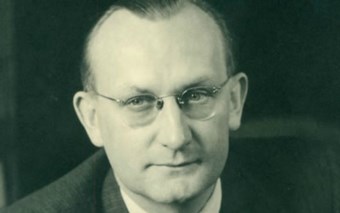