When there will be no cash left: although Europe is considering 1-2 cent coins, there are no ambitions for banknotes

The European Commission is currently carrying out an impact assessment on the use of 1 and 2 euro cents. These coins circulate slowly in the economy due to inconvenience to use, and abandoning them can reduce the impact of cash on the environment, ensuring a more efficient cash cycle.

In Lithuania alone, 1-2 cent coins make up more than half of all Lithuanian coins in circulation, according to Edita Lisinskaitė, Chief Specialist of the Policy, Issuance and Control Division of the Bank’s Cash Department.

“People usually get it as a return, but later it is rarely used for payments. For example, in Lithuania, as in other euro area countries, more than two-thirds of the 1 and 2 euro cent coins issued do not return to the national central bank and are accumulated in savings or lost, thus accumulating in the environment, ”says E. Lisinskaitė.

Instead of disappearing coins, the central bank has to mint new ones and put them back into circulation.

“Due to the high level of loss, the volume of these coins in circulation, including in the environment, is growing rapidly. In addition, plastic packaging is used during their handling, so an additional amount of plastic waste is generated, ”E. Lisinskaitė fears.

If all 1 and 2 cent coins already in circulation were collected, 10 train wagons weighing 700 tonnes could easily be collected. It is necessary to issue more than one train carriage of these coins – 80 tons – every year.

In the EU’s ongoing debate on two coins, emerging and more ambitious ideas – perhaps suitable for the world to present digital cash, and use the euro, mobile payments, etc. instead? After all, in Lithuania next year all salaries will have to be transferred to an account in a bank or other financial institution.

It is hard to believe, but the average Lithuanian citizen already spends more than the average European when buying online: a Lithuanian resident – 12 euros, and a euro area resident – 11 euros per day, according to the LAC data.

Still, net opt-outs – cash is the only means of payment available to the entire population.

Swedbank’s chief economist Nerijus Mačiulis hoped that the transition to a society without cash would be gradual.

An obligation is being prepared for business – not to accept more than 10 thousand. in cash

Another initiative of the European Commission is the 2021 July 20 a package of legislative proposals to combat money laundering and terrorist financing has been published.

There are also proposals to limit the use of cash.

If the bids are accepted, businesses will not be able to accept more than € 10,000 in cash per purchase. Individual states may set lower limits.

However, this would not apply to retail transactions. In Lithuania, there have been no initiatives to introduce restrictions on cash transactions, but they have not been approved.

How many Lithuanians use cash?

If in 2016 75 percent of all settlements in Lithuania took place in cash, in 2019 this share decreased to 68 percent. Even today, consumers of trading venues still use cash most often, according to European Central Bank research. Cash payments are often made in small installments.

“Digital technology is changing people’s payment habits in recent years. More and more people pay by card, smartphone or watch, ”the representative of the Bank of Lithuania notes. 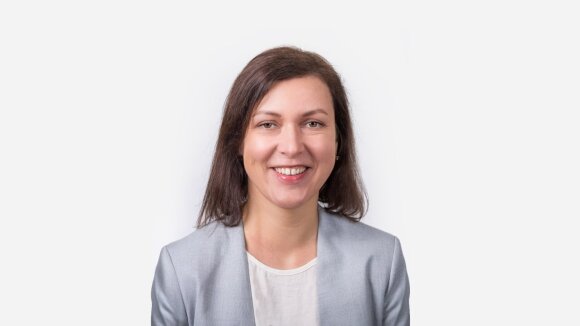 Payment cards are the second most popular means of payment in Lithuania. In Europe, however, we are leading the way in getting used to paying with contactless payments faster than others.

Contactless technology is used more often than every second card payment, on average slightly more than one in three payments in Europe.

The pandemic adjusted billing habits, and 27 percent. in a survey of the country’s population last year assured that they use cash less frequently. One-third of the population admitted that contactless cards are used most often because it is more convenient, and the number of places that accept them has increased.

Cash still accounts for a large portion of savings. In Lithuania, 39 percent. respondents said they consider savings to be cash. This is not much different from the euro area, where savings are 37%. surveyed population.

To date, 49 percent. Citizens point out that it is important for them to be able to pay in cash, according to a 55 survey in the eurozone.

Last year, the Eurosystem approved the Cash 2030 strategy. It has no ambition to give up cash. On the contrary, the aim is to keep cash available, acceptable, attractive, reliable and competitive after ten years.

“Bankruptcies are part of our economy, our identity and our culture, and the ECB has a great responsibility to ensure that they do not lose people’s trust,” said Christine Lagarde, President of the European Central Bank (ECB).

The strategy states that the bank has a duty to ensure an uninterrupted supply of cash and to make cash payments to individuals and businesses. 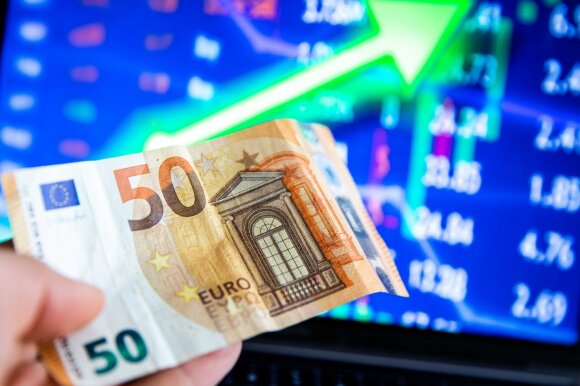 “The ECB emphasizes the importance of providing means of payment for public and business use: for both cash and digital payments, which should be accessible and recognized in response to users’ needs and priorities. In the ECB’s view, restrictions on settlement cash should clearly demonstrate that such restrictions set such targets and must be proportionate to the achievement of the targets, ”explained Ms Lisinskaitė.

However, the net negative impact on the environment is also acknowledged by the ECB, which is currently analyzing the ecological footprint of euro banknotes. expected end in 2021 at the end.

Mačiulis: we will move naturally

Swedbank’s chief economist Nerijus Mačiulis explains that the transition to a “cashless” society is gradual.

“One can look at Sweden’s net experience, which has moved away from the use of physical money very organically and naturally. Probably a similar strategy is followed in Europe, so that no one artificially forces physical money. But over time, electronic means of payment are still starting to dominate. And, of course, there are fewer places where you can pay in cash, and the only alternative is electronic payments, ”says N. Mačiulis.

He admits that in the last decade, Lithuania has lagged behind not only Sweden but also neighboring Estonia, which was more advanced in payment technology. However, the change in Lithuania is also rapid. 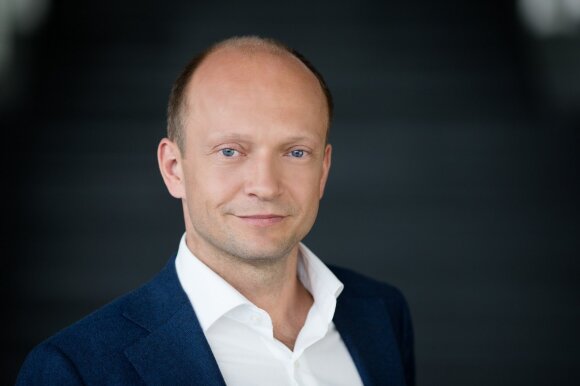 “The share of cash is shrinking every year. Obviously, and so on. This will probably remain and will not be the case for a return to higher net consumption. As the economy develops and the shadow economy shrinks, the need to use cash naturally decreases, ”notes N. Mačiulis.

He would appreciate that the ECB also considers its strategy to move to a so-called digital euro as a full-fledged alternative to cash in the long run.

At the time, whether to get a penny of 1 or 2 cents in cash, the economist has no doubt.

“It simply came to our notice then. It is completely unnecessary. This results in only a lot of costs for business, and it is inconvenient for the residents, and there are no benefits from them “, N. Mačiulis is convinced

Although the net has drawbacks, there is no substitute for them

The representative of the Bank of Lithuania admits that the cash is not perfect – there is a risk due to security, whether the banknotes are genuine, as well as a problem and fraud. However, as payments move to cyberspace, trends are changing here.

“Counterfeit money has been detected in several decades in both the euro area and Lithuania. In addition, the Eurosystem is improving the security features of euro banknotes and coins to make it difficult to counterfeit banknotes and to make it easy to verify that banknotes are genuine, ”says Lisinskaitė.

Cash also carries most of the risks associated with human things – for example, when shopping at checkouts, more attention is needed to avoid mistakes. There are also situations where there is not enough return.

Now that the market is also able to pay by card, net new, cash-using residents are challenged to have less access to the least infrastructure, such as ATMs.

During the pandemic, it was even suspected that banknotes could spread the coronavirus.

“Studies show that the risk of coronavirus transmission through euro banknotes is very low: coronavirus persists longer on the surface of stainless steel banknotes than on cotton fibers (eg door handles),” a representative of the Bank of Lithuania reassured.

However, there are no drawbacks, currently cash is the only form of public money that everyone can have direct access to. 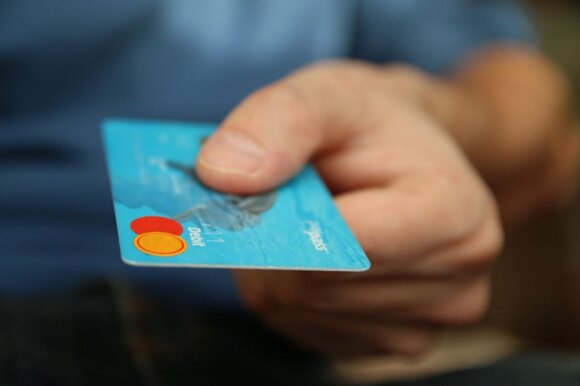 “Cash is widely accepted as a means of daily settlement. They are important in ensuring the social and financial inclusion of society and access to basic services. A part of the population, even if they are familiar with modern technologies, gives priority to cash due to its exceptional features: autonomy (no third-party confirmation is required to make a payment), anonymity, ensures privacy, ”says E. Lisinskaitė.

Part of the population still does not have access to modern technology, part of it is psychologically attractive, and part of it is a kind of way to control costs.

“Cash can also be important in cases where the operation of electronic payment systems is disrupted and other means of payment are not possible,” assures E. Lisinskaitė.

She notes that some countries with a “cashless society”, such as Sweden and the Netherlands, already have a situation where, due to a decline in cash infrastructure, people, usually from vulnerable groups in society, do not have access to other settlements. in cash.

“In the future, cash would exist alongside other electronic and digital means of payment,” assures E. Lisinskaitė.

Lithuania is capable of producing even more cheap solar energy, but it is not doing so. What is worth learning from Estonians in this field?

Who brings emigrants back to Lithuania: within a month, they left everything in England, the seller of the apartment, the family of the resettlement and the dog

Hillside. I would not have thought that I would be so happy for Lithuania

‹ In Russia, they came up with a way of spreading dangerous infections: Society: Russia: Lenta.ru › If you’re “parked like a shit”, watch out for the hashtag … and the cameras