“This autumn was one of the warmest in 247 years,” reports the Clementinum. The record holder is 2015

“This autumn, with its average temperature, ranked 14th to 16th out of 247 previous autumns since 1775, so it comfortably made it one of the ten warmest autumns in 247 years. Only about five percent of autumn was warmer than this year, “Said meteorologists.

In November this year, the average monthly temperature in Klementinum reached 6.3 degrees. The deviation from the so-called normal from 1981 to 2010 was 0.9 degrees and compared to the long-term average of 1775-2014 it was 1.9 degrees higher. This year’s November thus ranked 42nd to 44th out of 247 previous November since 1775. It is thus among the 20 percent of the warmest November in the measurement period.

The highest average daily temperature in the penultimate month of this year was measured on November 20, at 10.1 degrees Celsius. The coldest was in Klementinum on November 28, exactly two degrees.

The meteorological autumn lasts from September to November, the astronomical autumn from the autumnal equinox at the end of September to the winter solstice, which falls on 21 December this year. 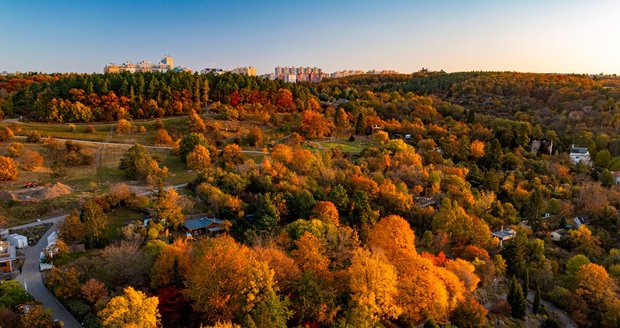 Not just Jágr. Statistics of clashes with trams in Prague show the most risky places