New Year’s Eve in Prague is not moving, hotels are half empty. New government measures are to blame

Following the declaration of a state of emergency, which applies from last Friday to December 25, and new restrictive hoteliers, according to Stárek registered only the cancellation of booked stays for the coming weeks.

According to manager Jakub Svačina, the Bauer Hotel Group has suffered as a result of new restrictions a decrease in reservations in the order of tens of percent. According to him, accommodation in Prague at the end of the year will be provided mainly by foreign guests.

“In all our three hotels we recorded cancellation bookings, mainly from abroad. There are currently no new reservations for New Year’s Eve, if any Clients from abroad and the Czech Republic are certainly waiting for the restrictions, “Said the CEO of Prague Hotels – Chateau St. Havel Ivana Peterková.

According to its CEO Petr Nešpůrek, the NH Prague City and NH Collection Prague hotels are 60 percent busy on New Year’s Eve, which Nešpůrek considers a success in the current situation of the Prague market.

Petr Chábera, Marketing Director of Czech Inn Hotels, said that the chain recorded an occupancy rate of 80 percent at the end of the year at the end of the year. According to him, half of the guests are Czechs, the remaining clientele are mainly from neighboring countries and other parts of Europe. Czech Inn Hotel also registers new reservations. However, according to Cháber, further development will depend on the restrictions that will apply on New Year’s Eve.

Ladislav Veselý, the director of the Slevomat portal, said that Czechs prefer to spend the end of the year in the mountains, but that Prague hotels also offer an interesting program and a good offer. The average price for a stay with a New Year’s Eve gala dinner and a toast is 3500 crowns, he said.

Before the coronavirus pandemic, according to Jiří Krejčí, vice-president of the Czech Association of Landlords and Private Landlords, every year great interest in private accommodation over the Christmas holidays and New Year’s Eve. “Under the current circumstances, it is very difficult to estimate how many landlords will eventually open their apartment for the Christmas and New Year holidays, and it is also very difficult to estimate what the demand will eventually be,” he said. According to him, the current trend is last-minute reservations.

At present, only people with completed vaccinations and those who have suffered from covid-19 in the last six months can be used for recreational purposes of user services. Catering, clubs and bars must close at 22:00, alcohol consumption is prohibited in public. This does not apply to the interior of the restaurant. 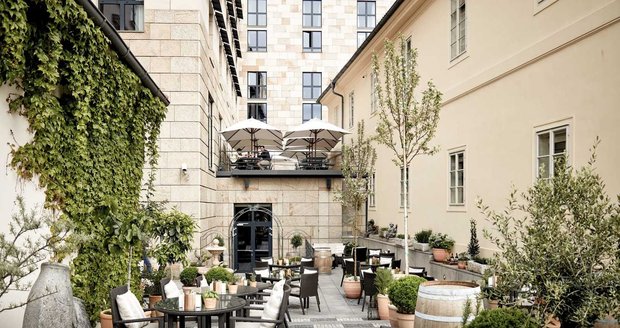 ‹ Charlene of Monaco irritates Albert › Where to go public skating in Prague this year? Take a look at the overview of Prague ice rinks Other sports Sport | Pražská Drbna