A short video that Hemsworth shared on Instagram on Saturday captures it together with the director of the upcoming film Extraction 2, Sam Hargrav, on a train journey through a heavy blizzard. “I’m here with Sam (director) and we’re shooting near Prague. Two things are completely different from the last movie. Firstly, it’s really cold, secondly, I’m alive. How did it happen? You will see in the film, “says Hemsworth himself in the video.

Earlier last week, he shared a video from director Hargrave. “The first day of filming the ‘train scenes’ is over. It’s snowing a lot for us, but it looks good on camera, so we take it, “said the director.

The Australian star originally wanted the filming to take place in his homeland, but due to the covid, he had to decide on a different location and chose the Czechia. “I am behind this concern about further tightening of quarantine measures due to the spread of coronavirus. another of these may be the actor’s busy calendar, which does not provide space for possible filming delays, “writes the Variety.com server.

The details of the new film are still secret, the production has not yet announced the amount of the budget. The success of the first part was also confirmed, with 99 million viewers it was the second most watched film of the Netflix platform. Although Hemsworth’s character was behind him at the end, the creators in the trailer revealed in September that Tyler Rake was alive. The film is again directed by former stuntman Sam Hargrave (38), the screenplay of the second one was written by Joe Russo (50), who recently made The Gray Man with Ryan Gosling (41) in Prague. With a budget of 5.4 million crowns, it is to be the most expensive original Netflix film. Rescue 2, however, will require about six times longer filming in the Czech Republic.

The Hemsworth family is also in Prague

Hemsword appeared in Prague about a month ago, there are several photos and videos from the capital on his Instagram including how his wife Elsa Pataky, who is also an actress, enjoys a trdelník with whipped cream. 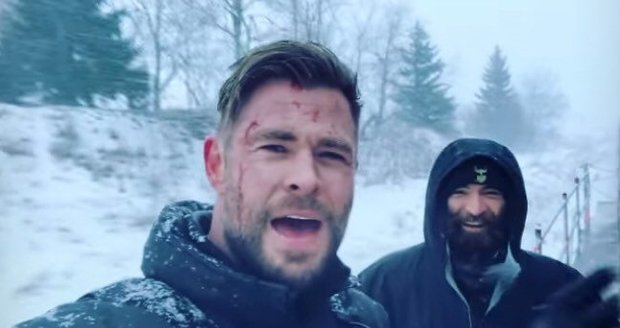 ‹ The European Parliament called for the closure of SP-2. › Caroline of Monaco, toxic person for Charlene, her sister-in-law speaks out