Book presentation of the Friends of Hungary Foundation Hungarian Courier

All three books were maintained and published by the Hungarian Church History Encyclopedia Working Community (METEM) and the Historia Ecclesiastica Hungarica Foundation (HEH).

The event was moderated by historian István Zombori, emeritus museum director and secretary of METEM.

The Honorary Bishop of Astrik of Várszegi, the Archbishop of Emeritus of Pannonhalma, the President of METEM greeted the audience with a message.

In his introductory remarks, Szilveszter E. Vizi, former president of the Hungarian Academy of Sciences and president of the Friends of Hungary Foundation, said that he considered it the task of the Foundation to continuously cultivate relations with all those who are interested in Hungary. It holds several events each year; internetes English and with German-language websites it regularly informs it of major political, economic, cultural and sporting events. Thus, he also sponsored his Italian-themed volumes in Italy, in English and Hungarian on Cardinal Mindszenty, and in Italian, which provided a kind of ecclesiastical reading of Hungarian history.

The first book contains the studies of the well-deserved Hungarian Chief Pastor of Italy, László Imre Németh, About Hungarians in Italy 1924–2014 with the title. The book was presented by Professor József Pál, Deputy Rector of the University of Szeged, who was the Scientific Director of the Hungarian Academy in Rome when the author became the Rector of the Pontifical Hungarian Institute. László Németh held this position for 13 years, at the same time he was a church counselor at the Hungarian Embassy in Szentszék, and a Roman agent at the Hungarian Catholic Episcopal Conference; Between 2000 and 2020 he was the pastoral coordinator of Hungarian Catholics living in Italy, between 2011 and 2020 he was the president of the St. Stephen’s Foundation in Rome and the director of the St. Stephen’s House. His research interests include the twentieth-century history of Hungarian Catholic emigration in Italy, as well as the Italian activities of Cardinal Mindszenty and the processing of the legacy of Prelate József Zágon.

The 22 studies in the volume, which are the subject of Italian-Hungarian relations from an ecclesiastical point of view, will be an important source for historians, complementing the research of secular historians not only van. 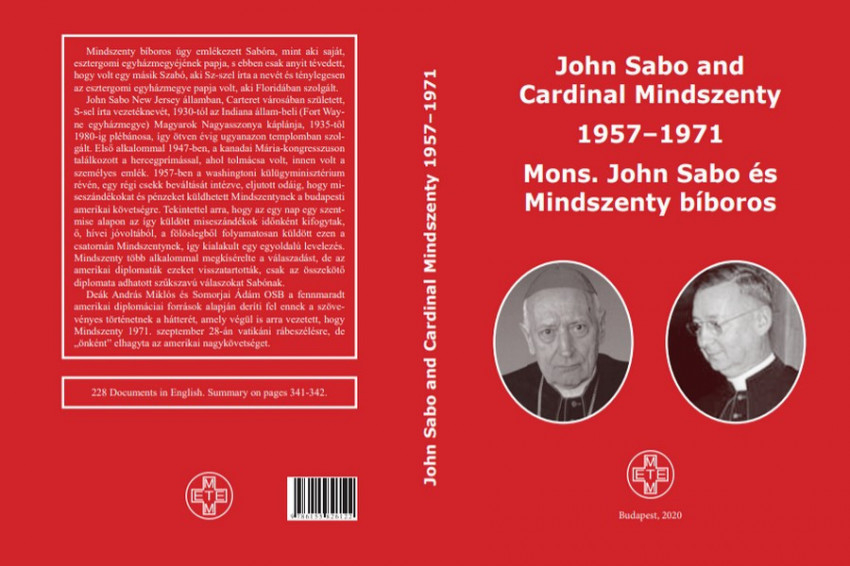 The second book – Cardinal John Sabo and Cardinal Mindszenty 1957–1971 – Mons. Cardinal John Sabo and Mindszenty – Edited by the Benedictine monk Ádám Somorjai, he examines the relationship between József Mindszenty and the former Hungarian parish priest of South Bend, Indiana, based on the source material found in the Mindszenty boxes of the US Embassy in Budapest. As his diplomat Emeritus Miklós Deák said in his presentation, Cardinal Mindszenty maintained a kind of controlled relationship with Sabo János during his stay at the embassy, ​​who was able to get in touch with the prince-prince who had fled to the US embassy in Budapest through an American diplomat, one of South Benders. This relationship lasted for 14 years, from 1957 until his departure from the embassy (and even beyond), but so that Mindszenty could not read Sabo’s letters, the contact diplomat replied instead. In this way, Sabo regularly provided him with mass intentions, above which the cardinal was free. His main desire was to transfer this amount from the embassy building to St. Anthony’s money box through his confessor. The volume also provides a tabular statement of the amounts spent by U.S. diplomats.

Cardinal Mindszenty’s relationship with Sabo was crucial in sending the letter to Sabo through the American embassy, ​​without permission, through Cardinal König, only asking him to arrange for his memoirs to be published. This launched the process that led first to the Vatican and then to Vienna, and from there to various stations of Hungarian emigration.

The third book is Ádám Somorjai’s OSB study volume in Italian, presented by Márk Aurél Érszegi, Chief Religious Diplomacy Adviser at the Ministry of Foreign Affairs and Trade. Ádám Somorjai first spent two years in Rome between 1984 and 1986, where he received his doctorate in moral theology. From 1993, his superiors again called him to Rome, where he worked in several positions, and from 1997, for twenty years, he worked for the Vatican Secretariat as a Hungarian rapporteur, a member of the German section, and then an archivist. Between 1992 and 2020, he published 24 in Italian in various Italian journals and collection books. These have now been published by the Foundation in one volume. THE Segnato dalla corona di Santo Stefano, Protore d’Ungheria (in the crown of St. Stephen the first king of Hungary) At the end of the Italian study volume there is a longer Hungarian summary, the author of the birth of each writing.

Although he did not have a main profile, he was repeatedly invited to give a lecture on historical topics in Hungary through personal acquaintances. He performed for the first time at the Hungarian Church History Study Week in Gazzada (near Varese, Milan) in 1990, followed by a conference on the occasion of St. Adalbert’s Millennium, a thousand years of Benedictine monasticism in Hungary, and Prince József Mindszenty. 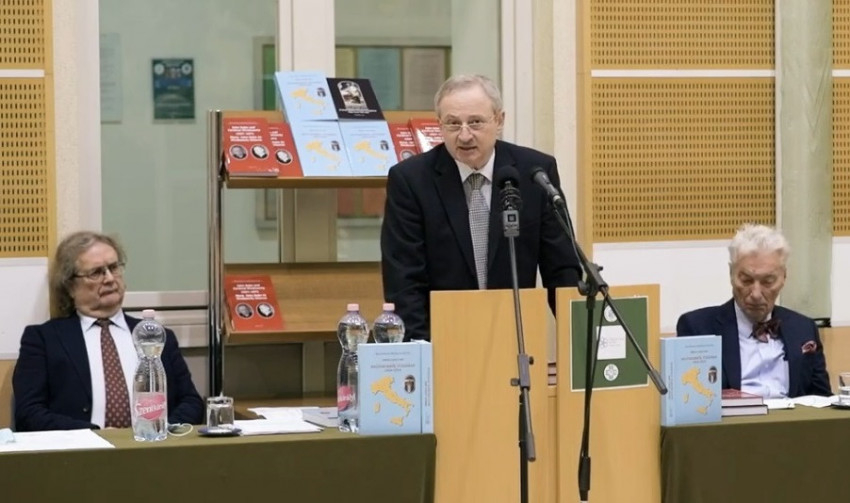 Ádám Somorjai’s OSB research included the study of the holy, angelic and apostolic crowns, hence the title of the book: the foreign observer interprets Hungarian Christianity as the legacy of our first king, St. Stephen Mindszenty After the death of Pope Pius, he was called to the conclave in Rome by telegram, calling him Stephen instead of Joseph.

The author’s research points out that Mindszenty himself acted in defense of St. Stephen’s legacy against the forces of militant atheism; last but not least, Ádám Somorjai entered the monastery of St. Stephen as a Benedictine.

Electricity – Hungary is on its own two feet

Finds in Hungary to understand the ancient popular movements