Murder of Vysočany: Three cats remained trapped in the cottage

Police officers drove to the homeless community in Prague 9 on Sunday night, and unfortunately they found the burned woman there without any signs of life. “Criminal investigators first investigated the case as a negligent crime. Based on interrogations and information obtained, she was re-evaluated and is now being investigated on suspicion of murder, “Police officer Eva Kropáčová told Blesk. According to Blesk, the alleged perpetrator, one of the homeless, is the victim’s criminal investigators. If convicted, he could face up to 18 years behind bars.

However, after the police intervention, three cats remained imprisoned in the cottage, which the couple lived in and which the police strapped. There was several days without drinks and food. Petra Pospíšilová from Zličín drew the attention of Petra Pospíšilová from the town hall to the animals sentenced to slow death. “I’ve been taking care of abandoned cats for 30 years. I’m from the other end of Prague, so I didn’t know about this case before. But then it occurred to one of the people that I might know how to solve it, so he wrote to me, I learned about the cats locked in the cottageShe explained. She asked for help on Facebook and contacted the city district directly.

Who will take them?

On Thursday, the office took a quick action and had the sealed cottage opened with the assistance of the city police. “We learned about the imprisoned cats from social networks. We found two cats inside, one outside the cottage, “Said Jiří Janák (ODS), councilor of Prague 9 for health care and social affairs.

“Two cats were caught. The third escaped. It was about life, because they had been closed in the cottage since Sunday, “Added Petra. She will now offer one of the cats she adopted for adoption. The cats were frozen and hungry, but otherwise they were in very good condition. “The homeless evidently gave them a lot of love and a roof over their heads, to be in a garden house. The cats have lost it all now. That’s why we are looking for a new home for them, “she explained. If you are interested in a protected cat and would like to adopt it, you can contact the pet shelter of Petra’s mother on the telephone number 603 225 948. 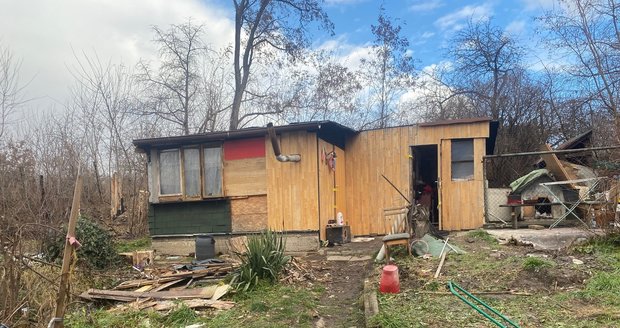 The cottage in front of which a woman burned down in November 2021.

‹ LIKELY FORMATIONS – Serie A, the last LIVE on the 16th round: Naples, Ounas from 1 ‘. There is Shomurodov › Another goal in Istanbul! The national star did not forgive the uploading