Opposition representatives have been saying in recent weeks that the streets of Prague are polluted. “In Prague 2, we basically receive daily complaints from citizens about black dumps around garbage cans,” said Alexandra Udženija (ODS), chairwoman of the control committee of the capital and deputy mayor of Prague 2.

Similarly, this week, the chairman of the YES Representatives Club, Ondřej Prokop, provided a statement. “The streets of the city are littered with garbage, The city commemorates Naples in 2011, when the mafia organized garbage strikes, the municipality sticks its head in the sand and whose fault is it supposed to be? Of course, Praguers, because they buy a lot in that pandemic and also sort badly, “he said.

Representatives of both parties also criticize the planned decree, as a result of which most Praguers have to increase the collection of mixed waste from next year. According to Hlubuček, the system of sorted waste is set up in such a way that the municipality responds positively to requests from city districts to increase collection, in the vast majority of cases. “This year, the city has settled 1,600 city districts positively“He said.

He added that for administrative reasons, less than one percent of these requests have usually remained unresolved. “So if there is a problem somewhere, it is mainly a matter of the city district“He said. Given the pandemic and more online shopping, he said, it was also necessary for people to think about packing boxes and similar waste.

The deputy added that the city gives about 60 million crowns a year for cleaning the area of ​​garbage cans, because pickup trucks only transport the contents of the containers and not what is around them. According to him, cleaning follows the collection, it can happen that if someone leaves a mess at the bins immediately after it, they will stay there until the next arrival. “But no piles of rubbish are bought anywhere that no one can export“he said. He added that for baskets in the streets managed by the city’s Technical Administration of Roads (TSK), the collection has been increased to the level of 2019 since this Monday.

Last year, the city company Pražské služby collected 59,592 tons of all sorted waste, which meant a year-on-year decrease of about 719 tons. According to the municipality’s January information, there were about 5,600 locations in the metropolis with containers for separated waste. 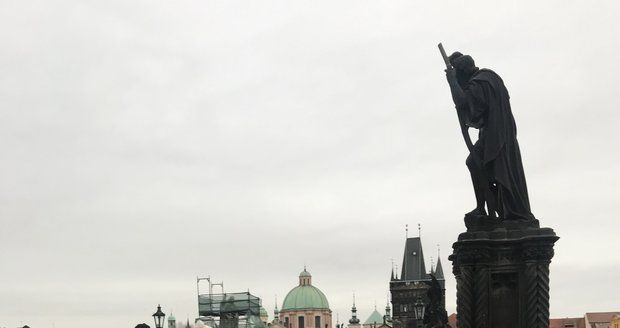 On Sunday, November 22, the people of Prague did not stay at home and gathered in the center. According to the editor of Blesk.cz, they drank coffee, a welder and ate. They left baskets and rubbish on the ground.

‹ Weather in Prague. On the second Advent weekend, the capital was covered in snow › on which channel and at what times to follow Marseille, Lille, Monaco and Lyon?