The association presented last week the DCF Awards which reward the commercial performance of regional companies.

Decidedly, the years 2020 and 2021 have shaken up habits. The DCF Awards for example, these trophies for commercial performance canceled (like so many other events) in 2020 reserved a surprise in 2021. In addition to the 4 categories usually competing (VSE / SME; Intermediate Size Company; Start-up ; Social and Solidarity Enterprise), a 5th favorite prize was awarded this year. “We had a company that was situated between a start-up and a very small business,” remarks Patricia Gratas, president of DCF Bordeaux Gironde. “In both categories, she comes at the top of the basket. We therefore decided, and this is a first, to create a nice favorite prize and not to penalize others. The companies in the running (around twenty this year, a slightly lower number of files) passed before a jury made up of 5 DCF members.

The indicators (KPI’s) allowing them to improve their performance, the means of investigation and the implementation of the levers of commercial intelligence were taken into account by the jury to assess the files. “This competition essentially brings visibility, testifies to the dynamism and commercial performance”, assures Patricia Gratas, “and gives the possibility of entering the national competition, which will be awarded prizes in January. “

Elected president last October, Patricia Gratas joined the DCF (Commercial Directors of France) 7 years ago, first as a spectator member, then 2 years later, at the Codir. First in the Key Accounts committee which runs thematic breakfasts, it then joins the Recruitment committee responsible for meeting new potential members. Why join this association? Above all for the sharing of experiences.

“We are benevolent, there is no start-up between us, we are not there to do business but to share how we do it. I was in turn project manager, sales manager, sales manager and then sales director. I have a self-taught course. Finding myself with the DCF allowed me to talk to my peers and to progress thanks to the experience course ”, testifies the current president. This business network brings together in commercial terms as well as related needs: lawyers, accountants. Institutions are also represented. 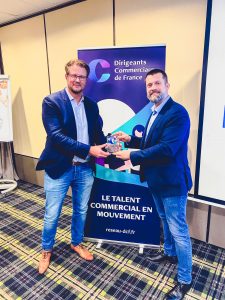 Created in 1930, the DCF have existed in Bordeaux since 1950 and have 85 members. Patricia Gratas smiles when asked about the low representation of women (22%): “to be DCF, you have to be a sales manager. We do not want to have an exclusive job but to represent the local fabric. We sought out people from all areas: industry, services, schools, institutions, retail, mass distribution. Or it turns out that the majority are men, so we are representative of the local fabric. On the other hand, the ages are very varied and range from “retirees who are often mentors” to DCF Seeds who are still in school. “You can also be DCF Junior up to 30 years old, without having a managerial role. On a therefore a very representative panel ”. Elected for 2 years, the team is united behind its president with a very active code. “The tasks are shared. The Codir is made up of 2 vice-presidents and 5 committees: animation, recruitment, communication, school and university, economic development. Its members are CEOs or CEOs and come from fields as varied as a recruitment firm, fitness, hospitality, consulting, digital, quality control or training …

Like any dynamic association, the DCF agenda is full. The unmissable event is the statutory lunch: compulsory and monthly! “The others are more fluid,” concedes the president. Festive after-work, quarterly or expert Key Accounts breakfasts, DCF Awards and DCF Academy trophies with thematic content: “We find a regional or national player on this theme, it starts with a round table and then a conference at all networks. It works very well, the 1st DCF Academy brought together 400 people, ”she explains. Other national events attract a lot of people such as the National Congress which will soon take place in June in Clermont-Ferrand “after numerous reports! There are also the DCF Universities, which bring together the presidents of the local clubs (approximately 75) where we discussed the key meetings, the vocation of the DCF, the federation, as well as information on top-down things. “Since the Covid, we have had monthly visio in commercial matters, on foresight, recruitment, management … We are grouped together as presidents, first to give us the temperature, to inform us of the different avenues to take , and major events. On one of the tools: a national CRM, a website, press releases, ”explains the new president. 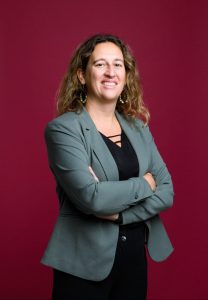 A PRESIDENT THE COURSE COMMERCIAL

Patricia Gratas was commercial director of the Arom group for 15 years, while giving commercial and event training courses in different schools. Oxycom was born in 2016 from his meeting with his partner, Michael Gimenez, himself from the events and medico-social sectors. The company is in fact spread over 2 themes: commercial support and training. Greenspot (electric car charging stations), La Blanchisserie Girondine or even hotel restaurants. “Today we have more varied clients such as training organizations, a piloting company and Dinabuy, a network of managers,” adds Patricia Gratas.