Looking back at Miroslav Zikmund. The memory of Masaryk touched the listeners

Miroslav Zikmund became famous mainly as a traveler, but he was also able to captivate the audience with his memories. We thank Jan Krumlov for a nice contribution and photos from the discussion in Brno almost thirty years ago, when Miroslava in Sigismund radiated well-being, cheerfulness, knowledge and sympathy. 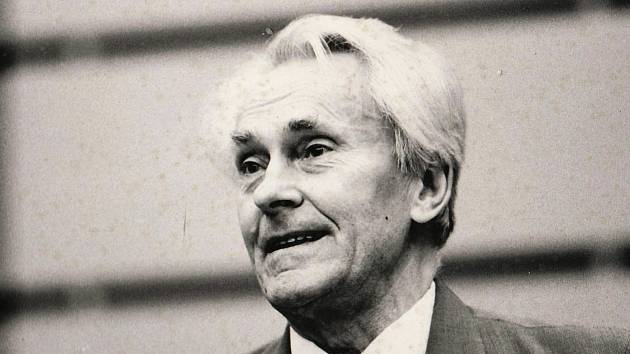 Of the many memories of the great man of our culture, I will still remember the discussion in honor of Tomáš Garrigue Masaryk, held on March 7, 1992 on the 142nd anniversary of his birth in the Bakal Hall of the White House in Brno. The discussion was organized by the Czechoslovak Understanding Movement and in this spirit the discussion took place. It was attended by a smiling Miroslav Zikmund, writer Hana Ponická, professor Ivan Štúr, professor Radoslav Večerka, pastor Jan Šimsa and moderator Jan Kruml.

Havel lives. The Center for Experimental Theater in Brno will recall the president’s legacy

The discussion was lively, cordial, with questions from citizens and discussions, it concerned not only the President of the Liberator, but also the Czech – Slovak relations, which were already in the period of growing strife at that time. Miroslav Zikmund caused a performance in his flowery performance with a salvo of laughter, remembering the TGM funeral and sobs in. He brought to show a brochure about TGM, which he received as a scout from the scout leadership. Classmates and a dancer from the studios in Banská Bystrica applied to Hana Ponická. Ivan Štúr recalled the importance of the republic for Slovakia. The discussion was evaluated by a newspaper article.

‹ the victim died, traffic re-established › Belarus and Russia together defend the historical truth about the Great Patriotic War.