István Kuzmányi, the editor-in-chief of the Hungarian Courier, was the first to greet Balázs Martos Levos, the guest speaker of the evening, the rector of the Central Priestly Education Institute, and a member of the Pontifical Biblical Committee. Then he greeted the Benedictine monk Konrád Dejcsics, the cultural director of the Archabbey of Pannonhalma, the head of the Benedictine publishing house and Béla Baranyai, the editor-in-chief of the Hungarian Courier.

In his cheerful, humorous account, Balázs Levente Balos shared his personal experiences of the Eucharistic Congress with the audience. 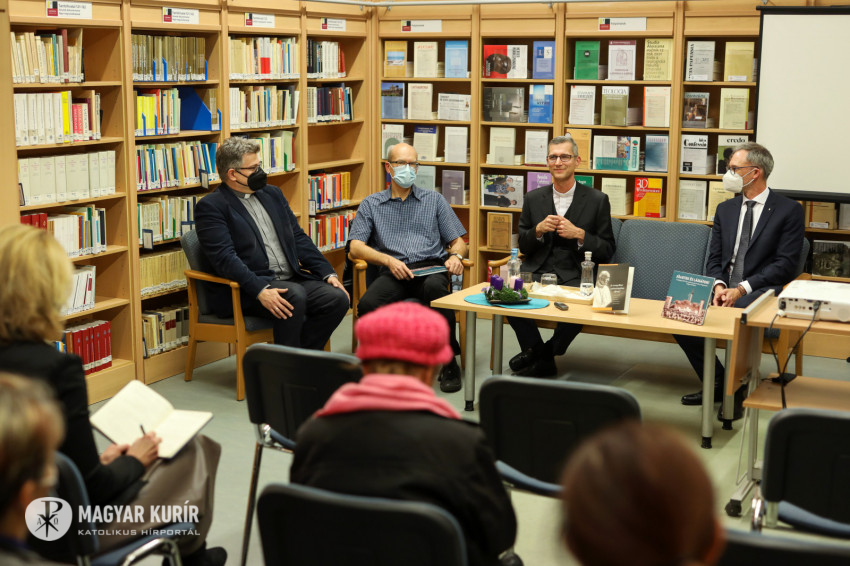 At the beginning of his recollection, he said that since he had arrived in Budapest from Sárvár and Szombathely, he had long seen the capital almost as an outsider. In the days of the congress, however, he experienced more and more the happiness that “the city is ours”, he can be at home with children’s joy not only at Hungexpo, but also in different parts of Budapest. This experience evoked from his youth the meeting in Taizé in Budapest at the turn of 1991-92, and even the meetings in Pécs in 1989 and Prague in 1990-91, during which the young people marched through the streets en masse and prayed together. He said that the many programs of the Eucharistic Congress were increasingly affecting the people day by day, and the spirit of the Eucharist was perceptible. 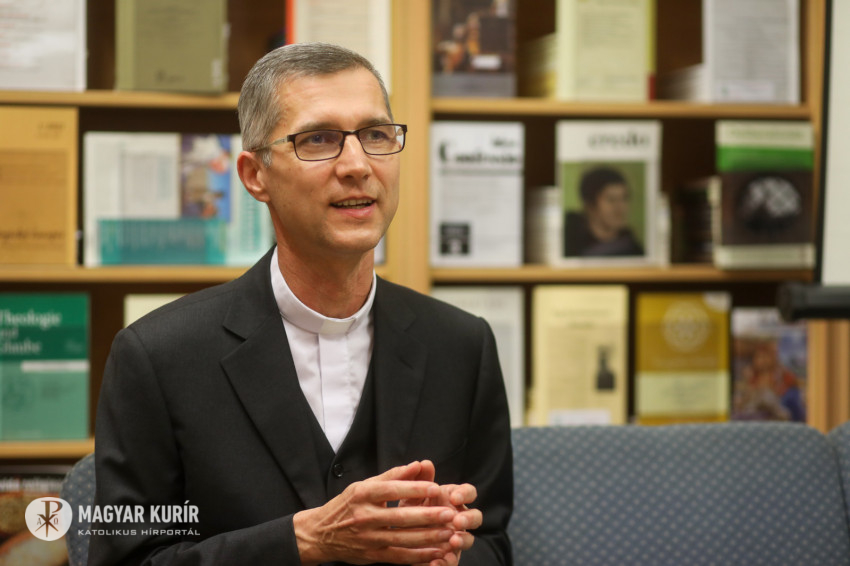 He also reported that there was still a lot of organizational uncertainty in the upcoming congress in connection with the upcoming congress in May, but the first day of the opening and Hungexpo dispelled these doubts with plenty of volunteer preparation, information and helpfulness. During NEK week, the rector was increasingly faced with the responsibility of interpreting for the Holy Father – “so as not to cause a fatal rupture by translating the words of the Holy Father”. He has balanced up some good experiences, such as how much he expects others to be helpful in dealing with congress-related matters, or how he may have praised the little priests of the Central Institute for Priestly Education several times. 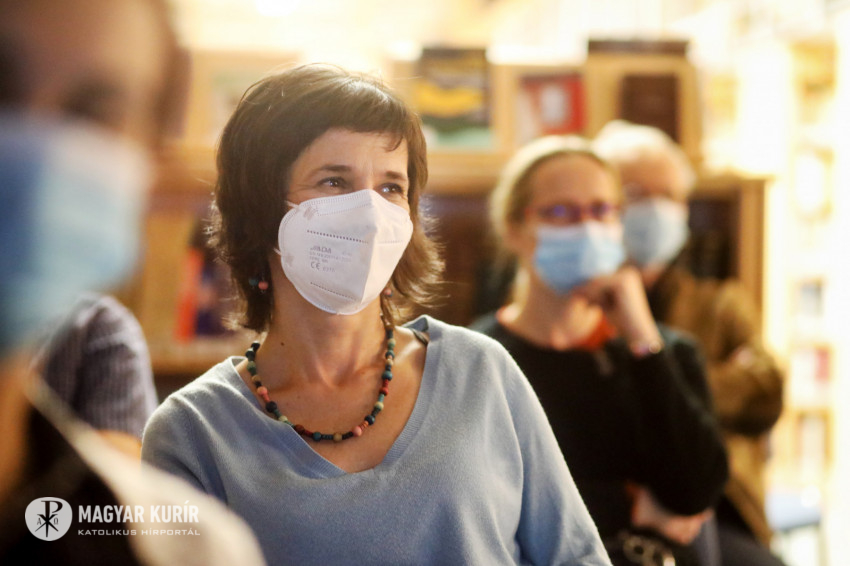 On Friday, September 10, he arrived from Rome in the community preparing for a visit to the pope. It was then that he stated that his main task was to make the Holy Father feel good, to create an atmosphere that would allow the Pope to come to Budapest in spirit, and to be someone who could count on him to accomplish a lot. In reality, however, about ten people control the pope, so the task was shared by several. 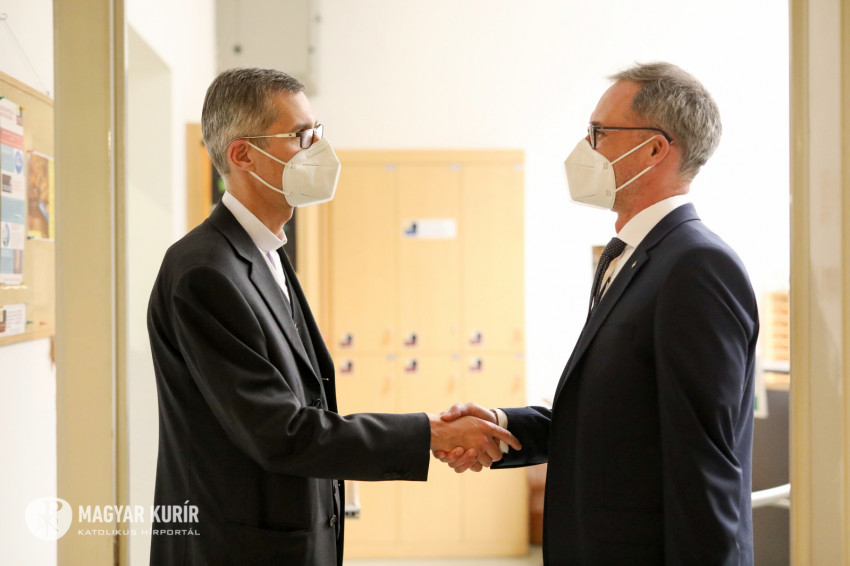 The arrival of Pope Francis gave special weight to the closing Mass of Congress. Levente Balázs Martos emphasized that the pope was present at the world event with love. He is not talking about being like God – being close to each other, being gentle and compassionate – but he has lived it all in Budapest. He was present at every moment, for example, praying to someone whose father had died two days before, and even asking Balázs Levos Martos if he was tired. He seemed to be happy among the people. Jesus is present in the Eucharist, and the Pope sought to be a witness to God during his stay.

Konrád Dejcsics Live in the freedom of the gospel. presented the volume entitled. 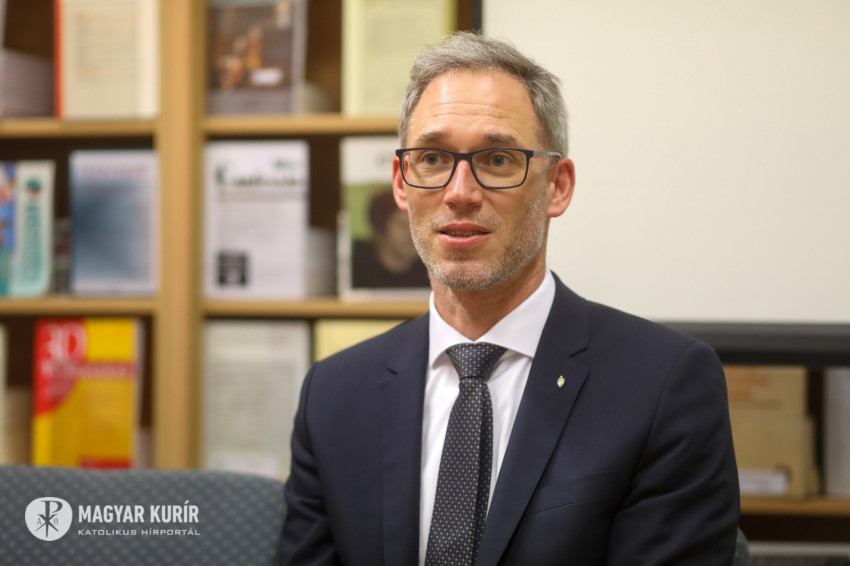 The texts of Pope Francis need to be heeded in, said the Benedictine monk, who had a great influence in this area by his Swiss policeman, Martin Werlen. The former abbot of Einsiedel not only writes the fourth book on the life of the Church, but all that Pope Francis says lives in it. Seeing his example, the need arose in the monk of Pannonhalma to get to know the pope’s thoughts as closely as possible.

A surprising personal experience on his closing day also led him to publish the speeches of Pope Francis. Because of the convention, Konrád Dejcsics had to stay in Pannonhalma during his visit to the pope. Working in the library, he may have heard in a German-language television program that Pope Francis said in Italian during a meeting with the leaders of the ecumenical council: “I am now in the Archabbey of Pannonhalma, in this pulsating spiritual center of this country.” Pope Francis shared this gesture with the Archbishop as soon as possible. Later, when it was agreed with István Kuzmányi to publish the teachings of Pope Francis during his apostolic journey, it became clear that the speeches in Hungary and Slovakia, like the two wings of a diptych, were mutually interpreted, illuminated, and connected. The head of the Benedictine publishing house considers Magyar Kurír to be an idea in the authentic transmission of the statements of Pope Ferenc, so he gave himself to the publication of the volume together. The metaphor of the bridge was uttered in the Holy Father’s speech in Hungary, his journey also serves as a bridge between Slovakia and Hungary, so it is in line with Pope Francis’s intentions to publish the speeches of the Apostolic Way in one volume, said Konrád Dejcsics. 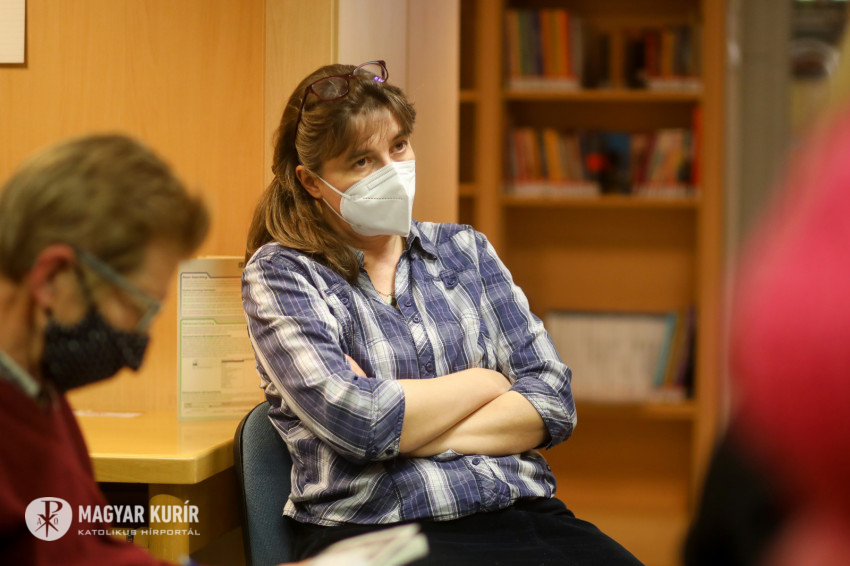 The volume was designed by typist and graphic artist Márton Juhász, most of the images are the work of the photographers of the NEK Secretariat and the photographers of the Hungarian Courier. Both the cover image and the typography and quality of the photos try to show something of Pope Francis’ contemporary, noble, dynamic presence, the monk said, hoping that the volume, which would be handed over to Archbishop Zvolenský the next day, would be a defining read for many of us.

After that, Béla Baranyai presented the photo album of the 52nd International Eucharistic Congress. 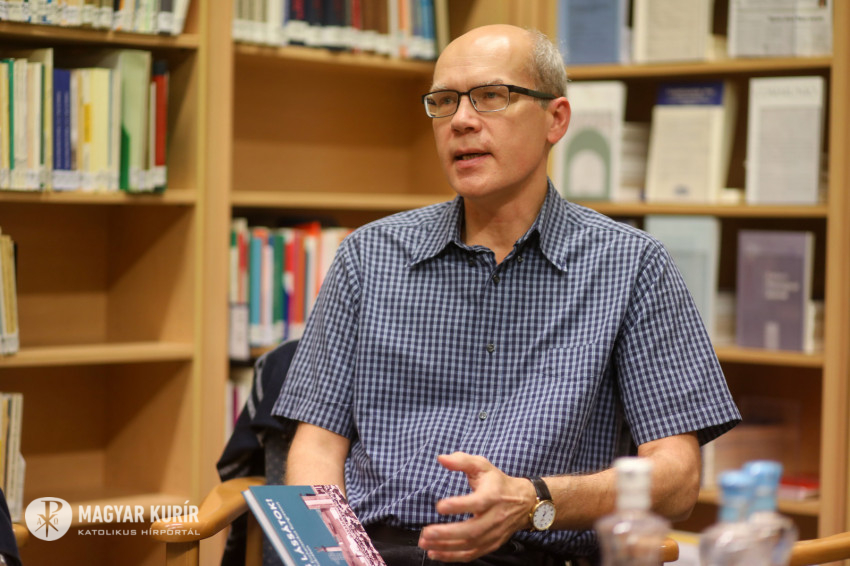 It is an eternal human characteristic that we are happy to recall joyful events, and photographs are also aided by photographs. We can experience this in the case of family photo collections, he mentioned from the experience of all of us. – The Congress was an equally important and joyful event for the Hungarian Catholic Church. He praised the strenuous work of Zita Merényi, Attila Lambert and Attila Fábián during the NEK week, and that so many beautiful photos of the world event were taken – which we could only see online for the time being.

The idea of ​​making a book had been raised before, but at the end of the congress it turned out that a photo album had to be made, which the participants could get their hands on as soon as possible, even with fresh experiences – the story of the book’s birth continued. – At the St. Stephen’s Book Week organized during the NEK week, there was also a great demand for publications about the NEK, as after four years of preparation, we experienced an event that would not be experienced in the near future as a positive experience. The book is not a collection of documents, but rather aims to show the diversity of the Eucharistic Congress through nearly two hundred images. In addition to photographs of ecclesiastical dignitaries, the thoughts of some of them are included in the volume as captions. In addition to the most important events presented in chronological order, the theological symposium held before the congress and the concert held in the Dohány Street Synagogue also took place. Cardinal Péter Erdő wrote a recommendation for the photo album. After the book presentations, István Kuzmányi reported on the personal experiences of the pope during his apostolic journey. 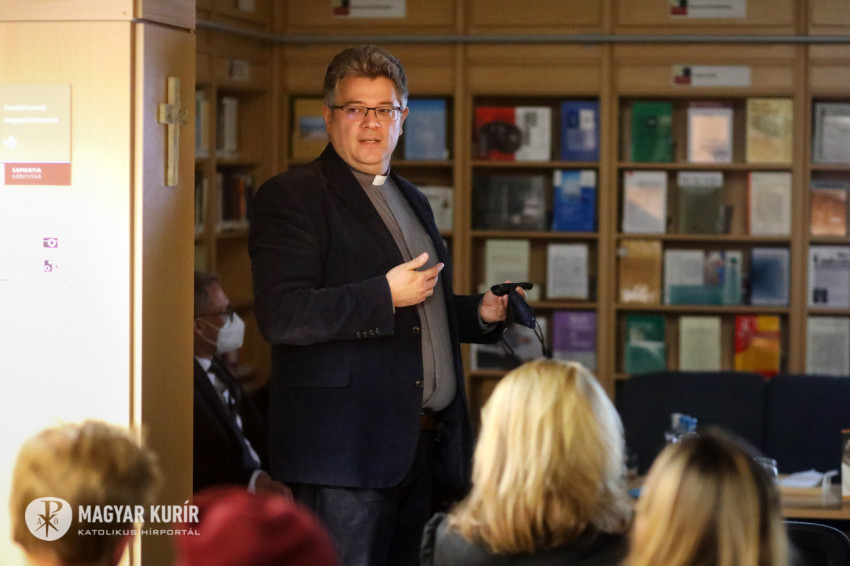 The volumes can be purchased at the Új Ember bookstore (Budapest V. district, Ferenciek tere 7-8. Opening hours: Monday, Tuesday, Thursday, Friday: 9 am – 5 pm; Wednesday from 10 am to 6 pm) or ordered at New Man in online bookstore, and are available at the Abbey Products Store (Budapest, District V, Károlyi utca 19.) and Apatsagitermekek.hu in a webshop.

Another development in the car-free City Park project: the design tender was announced

The City Hall case is over: according to the majority of the committee of inquiry, there is no evidence that Gergely Christmas wanted to sell the building

There was a metro accident in Budapest: there will be replacement buses next week, the police have started an investigation

‹ Aeronautics. Near Toulouse, candidates are hired on permanent contracts … at the foot of the planes › Weather – Arnaoutoglou Warning: Greece is surrounded by clouds… (vid)