The traffic collapse in the capital, where to a large extent the highest risk of numerous road reconstructions, has not escaped the attention of political leaders. In September, Mayor Zdeněk Hřib (Pirates), who is not in charge of transport, even wrote President Milos Zeman.

“That road repairs are uncoordinated, chaotic and ill-considered, complications for hundreds of thousands of people on a daily basis, “He wrote in an open letter in which Hřiba also called for his resignation. “The current traffic situation is so critical that it threatens, among other things, the work of the components of the integrated rescue system.” 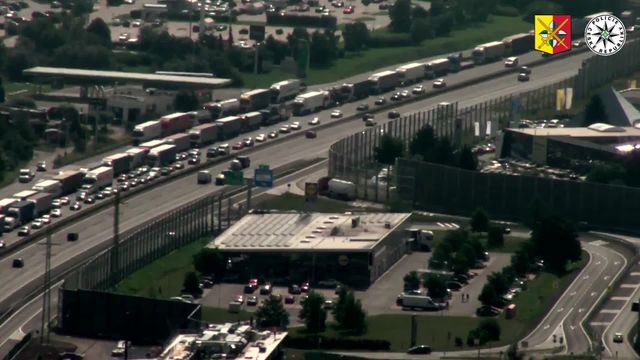 Traffic collapse due to repairs of the Štěrboholská spojka. (July 13, 2021) Police of the Czech Republic

Both Hřib and his deputy for transport Adam Scheinherr (Prague Sobě) agree that road reconstruction is unpopular precisely because of the necessary traffic closures. “When you don’t do unpopular repairs and closures, the bridges fall, “Said Hřib at a press conference on the construction TSK in 2021, for example, the fall of the Troja footbridge. It crashed exactly four years ago, December 2, 2017, fall four people were injured.

“Every reconstruction has a negative impact on transport. But for me as a driver, it’s important that the infrastructure I use as a motorist is together, and I will be able to use it without closing anything due to poor technical condition, “added Scheinherr. According to him, Prague has long been in “internal debt for transport infrastructure in Prague, which amounts to over 30 billion“.

“In 2018, Prague was in a catastrophic state, “Says Hřib, who also defended his predecessor Adriana Krnáčová (YES). “In the media, it seems that the YES movement that ruled before us was to blame, but I think it is a simplified view.. Maintenance has been neglected for a long time even during the ODS government. “

The deputy mayor of Prague 2, Alexandra Udženija (ODS), who is also the representative of the capital, did not leave this finger. “After three years, less than a year before the end of the four-year mandate, to complain at the press conference how nothing has been done in the last more than three years, because others were to blame, is at least ridicule,” voiced the policy, which from 2010 to 2013 was the capital’s councilor for property.

Over two billion, a hundred events

This year alone, TSK performed it all over Prague 153 shares with a total investment of 2.5 billion crowns. At the same time, they concerned not only maintenance, reconstruction of areas for pedestrians, cyclists or motorists, but they were also connected, for example, with repairs of engineering networks or the construction of parking spaces.

“The investment of 2.5 billion is only part of the transport investichl. m of Prague for TSK. In fact, it is more than double for all traffic in Prague, “Scheinherr explained, adding that other billions were invested in infrastructure by other city companies – among them, for example, Dopravní podnik hl. m of Prague, or the Investment Department of the municipality. because, according to the mayor, a record permit was granted this year for the construction of flats, of which 7,000 should be built soon, closures were also necessary due to the reconstruction of the water supply and sewerage networkwhich, of course, were done from the surface.

Taken purely statistics – the transformation within the diligence of TSK employees has undergone, for example 28 places for walking. 8 was or is being created 8 buildings for the development of bicycle transport, maintenance and repairs covered 36 bridges, generally less exposed, 27 localities were solved in terms of car traffic. 34 actions were carried out on the main routes and streets, AND in 19 areas, the infrastructure was improved, for example in the form of noise walls or traffic lights. The ongoing maintenance, which TSK managed in three thousand cases, is not negligible either. Which events were key this year?

“Among the biggest events that are important for drivers and pedestrians is definitely Strakonická, we started this reconstruction in March this year. It is now in a high stage of completion and next spring should be hot, “said Scheinherr about the three-kilometer section. Drivers should appreciate in addition to a better finish as well new lane.

Not only space but also time Strakonická is related to Barrandov Bridgewhose reconstruction is just that too scheduled. Respectively, it is already underway. According to Scheinherr, the work so far concerns the so-called substructure of the bridge. “Foundations, pillars and bearings, “He named. “We will follow up on this stage with the reconstruction next year, which will be the most important for the drivers. Therefore this year’s investments were used to improve detours, which arose within the traffic restrictions of the Barrandov Bridge. “

From the center through Holešovice to the region of Prague

Major renovation work involved, for example Wilson’s street near the main railway station or in Argentine , which is the main street of the Holešovice artery. Just Scheinherr praises its implementation. “We managed to reduce execution time by almost half. The gas pipeline, water supply and sewerage system were also repaired, and high voltage was transferred. It is also a preparation for the construction of a footbridge from Holešovice to Karlín, “he said.

This year’s work with a view to the future also applies Charles Square. “Reconstruction of 4 intersections has been completed. Dynamic control is set between them, improved conditions are for pedestrians and cyclists. Preparations for the overall revitalization of the park’s interiors have also taken place. ”Žižkov is not left out either – the main arterial transport artery, represented by Koněvova, has been continuously reconstructed for several years. According to Scheinherr, this is a complete reconstruction of sidewalks, parking spaces and public transport stops, which in the future will also use more trees according to the requirements of Prague 3.

How did road closures and reconstructions take place in Prague in the autumn of 2021? It was not enough.

“A Prague transport company on the Edvard Beneš embankment translated dormitories to a new position in order to create wider lanes for buses or trucks that need a project here, “said another deputy of a number of events. Among those that the drivers did not carry very well, we can mention, for example, the reconstruction Prosecké a street that connects Prosek and adjacent city districts such as Letňany, Kbely or Čakovice, with Libní. The work was complicated, for example, by sewers, water mains and overhead lines.

In the west of Prague, TSK employees “moved in” for several months, for example Patockova street. The reconstruction of its surface will be appreciated especially by the locals – the so-called quiet asphalt was laid according to the requirements of the City Hall of Prague 6. „A in Horomerice two bridges were repaired and the street was completely rebuilt, which thus turned into a roundabout, making the road safer, ”he mentions a busy street that connects Prague with Horoměřice in Central Bohemia. 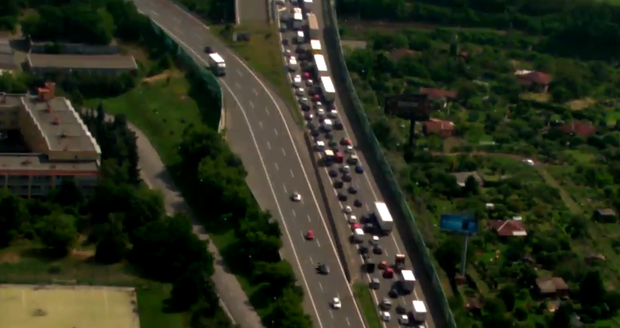 Traffic collapse due to repairs of the Štěrboholská spojka. (July 13, 2021)

‹ Bulgaria will be led by enlightened people who know that the future is in this and science, not in the asphalt › Patrick Sébastien performs his “Largest cabaret in the world” at the Zénith