Waste collection Prague: The city will pay 200 million more despite the increase

So far, the price has ranged between 25 and 74 pennies per liter according to the size and frequency of collection. People with larger containers, who are exported more often, pay less because the cost of this amount of waste is lower than where they use the bin.

But with the new decree, it will be the other way around. For containers with a volume of 1,100 liters, about 46,000 crowns a year were paid for collection three times a week, and it should now be 85,800 crowns. In terms of per capita, it is 421 crowns more per person per year. On the contrary, for example residents of family houses who use 80-liter garbage cans pay about 300 crowns less per person per year.

Everyone must pay the same

The change comes because the city ordinance must be aligned with the wording of the Waste Act, which was approved last December. According to Hlubuček the decree has been preparing since the spring Various meetings were also held with the Ministry of the Interior, Finance and the Environment.

“It has been explained to us that the methodology based on the new law is such that must not be differentiated so as not to be discriminatory,The deputy mayor showed the form of the new decree. According to the law, municipalities can set up to a crown per liter of container content. He basically says that everyone has to pay for the waste they actually produce, regardless of other factors.

Criticism towards the municipal coalition comes mainly from a number of ODS, which claim that after the price increase, for example, a senior will pay over 400 crowns a year and a family of four living in a housing estate will cost a collection of up to 1,700 crowns extra.

“The increase, which they are preparing for Prague for waste collection, for a solution 15 days before the law came into force, so I call it a nice gift under the tree, “said Alexandra Udženija (ODS), chairwoman of the control committee of the capital and deputy mayor of Prague 2. But the ambassadors are also awarded for YES.

Petr Hlubuček trusted that the YES movement had enforced the law in the Chamber of Deputies. “It is very hypocritical for the opposition to criticize the ordinance, which is bound by the boundaries set by national legislation.” he noted. According to Hlubučka, the deputies, who are also deputies, had to be clear about what the approved form of the law would mean.

According to Hlubučka, although the services will become more expensive, the city will still pay extra for waste collection. The budget for next year envisages an amount of 1.9 billion for waste management. The city will receive 200 million from the Eko-kom association, which provides waste sorting. About 1.5 billion will be collected from the fees.

“We will still pay 200 million more from the budget. It is not that we want everything from the citizens. We are aware of the burden for some groups of the population, which may mean, “said Hlubuček. If people sort more, it can be more. According to the deputy, the price of 50 pennies is set responsibly with regard to the sustainability of the city budget. The new decree will be discussed by the City Council on Monday. city ​​and then the council should vote on it.

The Bristol Palace in Dlouhá Street in Prague is ready: the developer repaired it for 350 million crowns

However, not everything is paid for in the capital. By the way, people are offered the opportunity to order brown bio-waste bins, which will be free whereas about 30 to 40 percent of garbage that ends up in black bins can be sortedt, so they can still save. According to Hlubučka, the town is also ready for the massive delivery of brown containers, if there is interest.

However, according to the square, the opposition is also criticizing clutter around trash cans or on the roads. These are taken care of by the Technical Administration of Roads, which falls under the responsibility of Deputy Adam Scheinherr (Prague Sobě). “Prague is literally drowning in garbage and Messrs. Hlubuček and Scheinherr, instead of dealing with what the people of Prague have to live in, are blaming each other. The clutter in the streets needs to be cleaned up immediately and a waste collection system set up that will work, ”Uzheniya said.

This is really the highlight. Everything is possible in and around biowaste bins, but not biowaste.

According to Hlubuček, he has been demanding since the spring that the collection of waste from bins be increased with the beginning of the tourist season. “As of Monday, all operations related to cleaning and waste bins are at the level of 2019, ie ancestral times, “he added.

Companies could also be involved

The chapter itself is the so-called trade waste. Shops or restaurants should have their own trash can for mixed and sorted waste. According to Hlubučka, not everyone follows this rule and it is calculated that up to 25 percent of this waste ends up in containers for which you pay nothing.

However, the involvement of self-employed persons in the waste collection system did not occur during the discussion of the law, because mainly the ODS claimed that it was unnecessarily burdened by additional fees. According to Hlubučka, however, the opposite is the truth that self-employed people would agree to collect municipal waste, they can also make waste management easier for them. They would not have to deal with having their own rubbish bin, their waste would not end up unnecessarily in places where it does not belong. “We want to reach out to them to join the system voluntarily.”

According to Hlubučka, the city might not have to pay so much money from the budget for waste collection. He also noted that It is the responsibility of the city districts to check whether trades do not dispose of waste where it does not belong, from where, however, there is criticism towards the municipality. 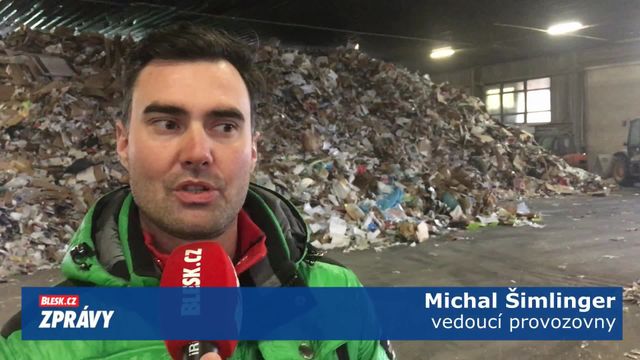 The people of Prague throw everything possible into the sorted waste. Thaddeus Provaznik 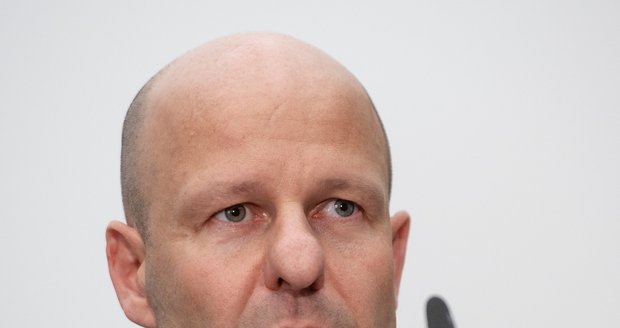 ‹ Toulouse. Woken up in the middle of the night by the police, the victims of homejacking were sleeping peacefully › Prague 8 will pay Metrostav about CZK 142 million for the unfinished Palmovka Center