The first ever naval maneuvers of Russia and ASEAN began in Indonesia. The training will take place in the North Sumatra region for three days. On the Russian side, the Pacific Fleet’s anti-submarine ship “Admiral Panteleev” will take part in the exercises. As Permanent Representative of the Russian Federation to ASEAN Alexander Ivanov. Their goal is to work out the interaction of the Russian Navy and the Navy of the ASEAN member countries “to ensure the safety of maritime commercial activities and navigation.” According to experts, the launched maneuvers are a clear indication that the Russian Federation has the status of a reliable partner in the Asia-Pacific region.

The first ever naval exercises of Russia and ASEAN started in Indonesia. This was announced by the permanent mission of the Russian Federation at the association in its Twitter account.

“The ASEAN-Russia naval exercise has begun in the port of Belavan, North Sumatra, Indonesia,” the statement said.

As the representative of the Russian Federation to ASEAN Alexander Ivanov noted, stable developing countries, maintenance of peace, prosperity in the world.

“We are opening a new page in our strategic partnership,” he said.

The Commander of the 1st Fleet of the Indonesian Navy, Rear Admiral Arsiyad Abdullah, in his speech, indicated that the exercises will enhance interoperability and mutual understanding between the Russian and ASEAN servicemen, as well as “strengthen the friendship between them.”

Commander of the Indonesian First Fleet Rear Admiral Arsyad Abdullah: “These exercises will improve interaction and understanding between Russia and #ASEAN the military, as well as friendship between them ” #ARNEXpic.twitter.com/ulVw0yaOSO

As the Russian Embassy in Brunei Darussalam specified, from the Russian side the large anti-submarine ship “Admiral Panteleev” of the Pacific Fleet of the Russian Navy will take part in the exercises.

“Exercises to work out the interaction of the Russian Navy and the Navy of the ASEAN member countries to ensure the safety of maritime commercial activities and will be divided into two phases – virtual and maritime,” – said in the message.

How the decision was made

Recall that the decision to hold the first-ever Russian-ASEAN naval maneuvers was approved following the results of the IV Russia-ASEAN summit held on October 28 with the participation of Russian President Vladimir Putin.

As stated by the Russian leadership, strengthen ties with the association and its states has always been and remains one of the priorities of the foreign policy of the Russian Federation.

“This year we are celebrating the 30th anniversary of official relations between our country and ASEAN. These relations are recorded in a joint statement adopted at the Russia-ASEAN summit in Singapore in 2018, and are truly strategic in nature, ”Putin said.

He also approves of the positions of the Russian Federation and the ASEAN countries on key global and regional problems, which are in many ways similar.

“The main thing is that we are in favor of the development of equal and mutually beneficial cooperation in the vast Asia-Pacific area. – said the President of the Russian Federation.

“The active role of the Russian Federation”

As the editor-in-chief of the National Defense magazine Igor Korotchenko in the comments of RT, the first-ever naval exercises of Russia and ASEAN are vivid evidence that Russia has the status of a reliable partner in the Asia-Pacific region (APR).

“These maneuvers are an important event related to the strengthening of ties between Russia and the ACEAN member states in the naval sphere. These exercises are aimed at coordinating the naval forces of the participants to ensure stability and security in the region, ”the analyst said.

According to Korotchenko, the ASEAN countries include military cooperation with Russia, in particular, well armed, and also being modernized. 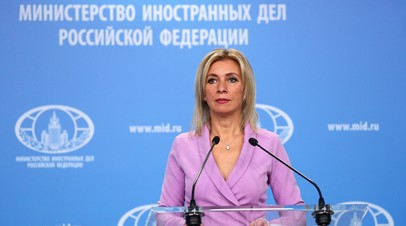 “It carries risks for the international nonproliferation regime”: Zakharova – on the AUKUS trilateral partnership

“The capabilities of the Russian Navy are improving: in particular, new warships and submarines are being supplied, equipped with the latest strike weapons systems. – explained the expert.

According to the current member of the Academy of Military Sciences of the Russian Federation, Andrey Koshkin, the ASEAN member states are capable of bringing security and stability to the region.

“In Southeast Asia there is an understanding that the participation of the Russian Federation in maneuvers is in the degree of their effectiveness. After all, the fulfillment of tasks in rather difficult conditions, when crews of warships from different states work together, is a very difficult process. And the participation of the Russian ship “Admiral Panteleev” in these maneuvers is no coincidence. He can engage in reconnaissance, counter air attack weapons, and also strike with his arsenal, “the analyst said in an interview with RT.

Koshkin is also carrying out its destabilization in various regions, including the Asia-Pacific region.

“But the world order is now multipolar. The teachings of Russia and ASEAN are another statement. There is more than one center of power, there are several of them, including the Russian Federation. However, the United States and its allies want to live up to the old model, when American hegemony came to the fore. Washington has begun to reformat the QUAD and AUKUS regional blocs, shifting its focus to the Asia-Pacific region and the emerging military-technological regional blocs QUAD and AUKUS, ”the expert noted. 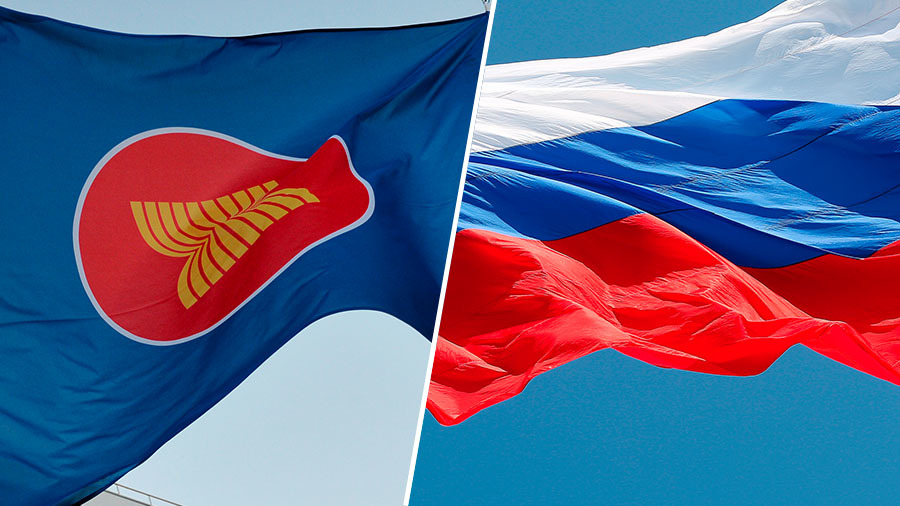 As a reminder, on September 15, the United States, Australia and the United Kingdom entered into the AUKUS defense alliance. As part of this partnership, Washington has pledged to transfer technology to Canberra to build nuclear submarines. Moscow believes that AUKUS can create potential risks of destruction of the situation in the field of international and regional security. “

As for QUAD, which includes the United States, India, Australia and Japan, the dialogue in these countries in this format took place in March. Then the Assistant to the President of the United States for National Security Jake Sullivan admitted that the “four”, from the point of view of Washington, is “not a military alliance and not a new NATO.” As explained by the head of the White House Joe Biden, QUAD will be “one of the key platforms for cooperation in the Indo-Pacific region.” At the end of the summit, the sides issued a joint statement, which spoke of the need to respond to the challenges “faced by the rules-based maritime order in the East China and South China Seas.”

“The formation of these blocs makes it even more necessary to protect the sovereign interests of the countries of the Asia-Pacific region. Maneuvers of Russia and ASEAN and this function. In addition, possible provocations in the region are possible.

According to experts, the first-ever naval exercises of Russia and ASEAN also show that Moscow is ready to expand its military-political partnership with the countries of the association.

Recall that in June, Russian Defense Minister Sergei Shoigu at the IX Moscow Conference on International Security that the Russian Federation should qualitatively strengthen its interaction with strategic partners, including ASEAN, with Vietnam, Laos and Myanmar.

“The topics of dialogue with Indonesia, the Philippines and Brunei have been significantly expanded. We intend to continue and build up our joint work, ”said the head of the RF Ministry of Defense. 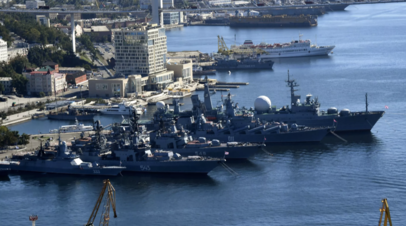 “Continue to work together”: how Russia and China conduct the Maritime Interaction 2021 exercise

The joint Russian-Chinese exercise “Maritime Interaction – 2021” has started in the Sea of ​​Japan. This is reported by the Ministry of Defense of the Russian Federation ….

Earlier, in March, the then Deputy Minister of Defense of Russia Andrei Kartapolov reported on positive trends in the development of mutually beneficial contacts between the departments of Russia and Indonesia.

“During the conversation, the parties discussed the prospects for the development of military and military-technical cooperation and expressed a mutual disposition to further strengthen bilateral contacts in the defense sphere,” the Russian Defense Ministry said in a statement.

As Andrei Koshkin predicted, after the first-ever naval exercises of Russia and ASEAN, the association countries may conclude contracts with Moscow for the purchase of Russian warships that would protect the sovereign interests of the association states.

“Moreover, cooperation is likely to be deepened in other areas of military-technical development,” the expert concluded.

Stoltenberg: NATO is not sure about Russia’s plans in the situation with Ukraine – Panorama International

Peskov: Russia will not discuss the withdrawal of weapons from Kaliningrad with anyone

‹ Ligue 1: Lille offers Rennes, Marseille new runner-up › “If that’s the decision”, Portugal could start vaccinating children between the ages of 5 and 11 in January – News