A monster under the Girls’ Castles. Prague 5 is filing a lawsuit against the building

Na Konvářce Street, and its surrounding area, is a picturesque part of Prague’s Smíchov. At the foot of the Dívčí hrady hill stand mostly First Republic villas, which give the place a special character. One of the villas was the one at Na Konvářce 7, which was built before 1938. However, in 2011 the property was sold and the new owner had the original villa demolished. Private investors plan to build a terraced apartment building with seven floors on vacant land, which, with its type and especially its mass, does not fit into the surrounding buildings at all.

The authorities have approved the construction

Although the planned construction is heavily oversized, ieThe investors obtained a permit, both from the building authority and from the environmental impact assessment department of the Prague City Hall. “It simply came to our notice then new apartment building with 8 residential units and a built-up area of ​​513 m2. Land intended for development is located on the territory of other built-up plots. Transport in peace is solved by 19 parking spaces, “says the decision.

“On the basis of the submitted notification to the authority of the limit plan, a statement of nature protection excluding a possible impact on the Natura 2000 system abit was found that there would be no significant impact on the environment and public health, “Said in a decision issued by the municipality in 2017.

Prague 5 is preparing a lawsuit

“The project is in conflict with the zoning plan and contradicts the rules for development in residential areaswhich P5 has approved. However, it is necessary to monitor this intention in the whole process of territorial proceedings, because the investor does not bother much about it. We are currently preparing a lawsuit in collaboration with the law firm Frank Bold, which challenges the binding opinion of the municipal development department of the municipality and also the Ministry of Regional Development regarding the compliance of the located building with the zoning plan and spatial planning documents, “informed Deputy Mayor Tomáš Homola (STAN).

Apart from the city district, the Institute for Planning and Development (IPR) does not agree with the planned construction.The building does not respect its parameters and the character of the existing surroundingsIPR spokesman Marek Vácha said. However, the municipality dropped all appeals so far, both from Prague 5, IPR or local citizens. That is why Prague 5 decided to go the way of the lawsuit.

There are several similar destinies

This is definitely not the first time in Smíchov when the original villa went to the ground and new flats were built on the plot. We can also mention the villa by the builder Viktor Beneš in Hřebenky. The villa, built in 1912 more than ten years ago, was bought by Jaroslav Haščák, a Slovak businessman and co-owner of the Penta investment group, and his wife.

Now Valerie Haščáková is selling the house, and because the new owner wants to build a new family house on the plot, she applied for a demolition permit, which she received. A wave of resentment arose against the demolition of the unique building, and local and some politicians from both Prague 5 and the municipality called for the villa to be included among the cultural monuments. The Ministry of Culture evaluated the suggestions for declaring the villa of the builder Beneš a cultural monument to be justified and initiated in the matter of administrative proceedings. 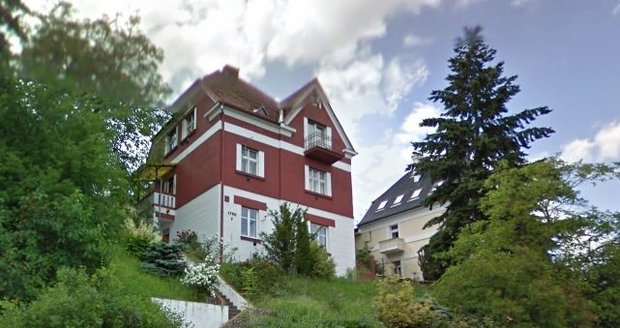 ‹ Toulouse. Téo Jarry: “We respected them from start to finish” › Morning addresses for Slovenia: Wednesday, December 1, 2021