Cyber ​​defense exercise Cyber ​​Coalition 21 began on November 29 and will run until December 3. They will be attended by NATO countries, as well as Finland, Ireland, Sweden and Switzerland. In addition to the military, a trainee audience from state-owned industrial enterprises, scientific institutions and individual national national cyber defense participates in the maneuvers.

The number of participants is approximately 1,000.

As noted on the NATO website, cyber experts are testing the ability to defend the North Atlantic Alliance and national networks. Participants will have to play out common and realistic scenarios: from malware protection using hybrid attacks using social networks to hacking mobile devices.

In a year of such scenarios – a cyberattack on gas pipelines, a cyberattack that interferes with the deployment of troops and logistics, a ransomware attack associated with the COVID-19 pandemic, in which vaccine data would be stolen and vaccination programs compromised.

The North Atlantic Alliance called Cyber ​​Coalition 21 a means of improving its own protection of the IT network and the methods of its mechanisms for exchanging information in real time with allies and partners.

“The exercise also uses methods to test an organization’s capabilities in cyberspace, and to prevent and defend against threats in cyberspace,” NATO said.

This is the first cyber defense exercise since the start of the coronavirus pandemic.

Estonia is not only a playground for NATO cyber exercises. A NATO cyber center was launched in Tallinn in 2008.

Russia has repeatedly drawn attention to the exercises of the military bloc, which are taking place in the immediate vicinity, including in the cybersphere. These maneuvers are receiving particular attention after Western accusations of hacker attacks on Russia. For example, last year the US Department of Justice and the FBI brought charges against alleged American hackers, whom it also suspected of collaborating with the Main Directorate of the General Staff of the Russian Armed Forces.

In addition, the former head of the US Department of Defense Mark Esper argued that the Russian Federation considers cyber war “as a means of countering the United States.” 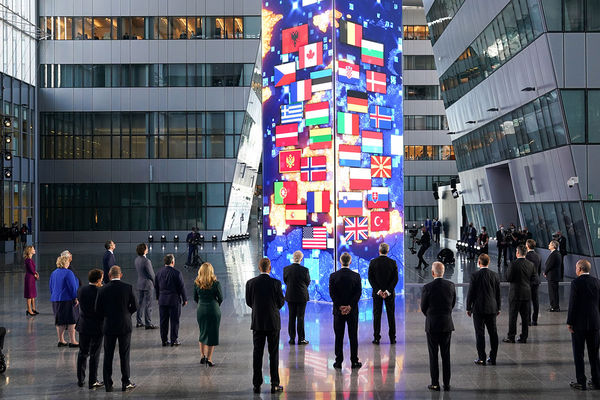 “The NATO Strategic Communications Center in Riga and the Joint Cyber ​​Defense Center of Excellence in Tallinn, created by the alliance, are aimed at waging a large-scale information war.” The main task is indicated – disabling the computer networks of critical facilities and the potential – as you understand, the whole of Russia – through the implementation of government systems, financial institutions, enterprises, power plants, railway stations and airports. ” in an interview with the Russian Armed Forces newspaper “Krasnaya Zvezda”, Deputy Secretary of the Russian Security Council Mikhail Popov.

Russia today does not have an official cyber troop unit, as Viktor Sobolev, a member of the State Duma’s defense committee, believes, their appearance would be a luxury. According to him, the Russian language.

“As an unnecessary luxury, we need cyber troops that would block cyberattacks and respond to these challenges,” he told Gazeta.Ru.

According to the deputy, the cyber troop may consist of hundreds or a couple of hundreds of “gifted people who would be engaged in blocking attacks on our systems.” But investing a lot of money in this, in his opinion, is not worth it.

Confrontation, in addition to the use of spheres – water, air, ground. Center for Analysis of Strategies and Technologies, member of the Public Chamber under the Ministry of Defense Ruslan Pukhov.

“The expert to Gazeta.Ru said:” I am convinced that it is in cyberspace as well. “

Russia is preparing an energy revolution