The burning Mercedes was spotted by police during a Sunday patrol in Pařížská Street after midnight. The patrol responded immediately and called for reinforcements. “I need firefighters in Paris, a Mercedes and a man are on fire!” so he knew the announcement of the city police patrol. In less than a minute, firefighters arrived at the scene of the dramatic moments.

A Mercedes and a man were on fire in Pařížská Street in Prague. All IRS units went to the scene Prague City Police

Flames whipped from the engine and a man near the car tried to take off his burning suit. Firefighters put out the fire, the guards took care of the men, provided first aid. “The flames gradually spread from the engine part, while extinguishing the chassis, the police discovered a plastic canister, which they moved out of the vehicle using a telescope. All components of the integrated rescue system were called to the scene, “said Jiřina Ernestová, a spokeswoman for the city police.

“We found a plastic canister of gasoline, we could be a deliberate setback,” said one of the police officers at the dispatch center. We are dealing with the state police. 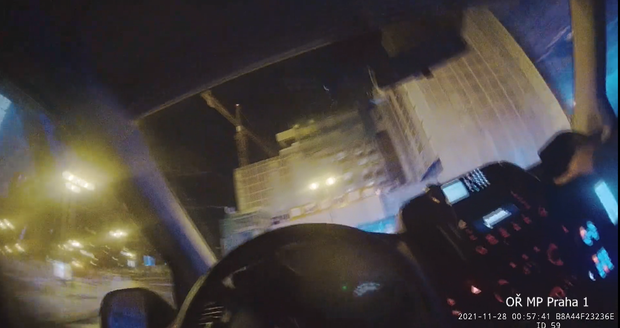 A Mercedes and a man were on fire in Pařížská Street in Prague. All IRS units went to the scene

‹ they paid tribute to Joséphine Baker › It is expensive in Prague. Because of Mayor Hřib’s pirate coalition, the people of Prague will reach deeper into their wallets