Do you go to the last year of your term, what do you expect?

The most important symbol of next year’s budget is the launch of large investments and the unprecedented amount allocated to them. Next year is approaching the amount of twenty billion crowns. A very important contribution, part of which we present next year, prepared 4.3 billion crowns. There are hundreds of millions in investments in tram, we count on Dvorecký Bridge, Libeň Bridge and the construction of a footbridge from Holešovice to Karlín. We are still preparing the construction of a city ring road or P + R car parks. We are also counting on a quarter of a billion in the reconstruction of the house in Opatov, the Industrial Palace, and we will start another large investment on Rohan Island, where one of the largest parks in the capital is to be established.

Why is the price of energy rising?

Didn’t you keep such a record investment in the election year on purpose?

I wish it were so. We will definitely not be in the shooting phase of the tapes for those large investment projects. It is important that it is not important that the investments were not prepared when we entered the city, the preparations were often not even started. In the Czech reality, in the Prague environment, it is not possible to prepare investments in the amount of millions or billions of crowns in one or two years. We really have three years of hard work behind me, which I believe I will turn into concrete results, that is, that the investments will start to be truly tangible.

Will you take out a loan for them?

For the first time, I would like to say that we are succeeding in reducing the city’s debt. Next year, we will reach the lowest start of debt in the last twenty years, ie 12.5 billion crowns. It illustrates a pursuing, conservative approach to Prague’s financial management. Despite the situation around us and the opposite development on the part of the state, Prague will be ready to make large investments. We do not count on any credit line. However, it continues to be the case that we need state involvement for the two largest investments – metro D and the inner ring road. These are buildings of national importance. In developed countries, these buildings always co-finance the national government. 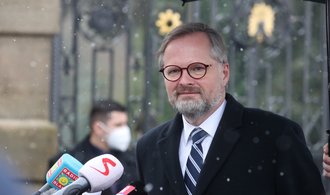 At what stage did the negotiations with the government of Andrej Babiš end, which in turn demanded the demand of municipal land in Letňany for the state?

We are in a situation where the government is changing. Prime Minister Babiš was not prepared for Prague in the required extent of support. Those discussions were very challenging. We believe that thanks to the progress in the preparation of investments, we will be more successful in negotiations with the new government. I hope that the level of debate and the support of the state will now change. It is a common investment that no similar city in the world can save on its income without restricting standard services to citizens.

The new government is to include the prime minister and the ODS finance minister, who is in opposition in Prague. Do you not expect conflict in this regard?

Of course, I hope, perhaps naively, that the discussion will take place on a non-partisan basis. I want to believe that the parties that are now heading for the government are thinking beyond the horizon of one term. That could not be said with all due respect for Mr Babiš. In the long run, we want to prevent the people of Prague from being held hostage to party battles.

How much should the state contribute to the subway and the inner ring road?

The ideal idea would be for the state to pay for it in its entirety. But of course we have to move on some real plane. I think it would be fair for the metro if the state subscribed to half the investment amount, which is tens of billions of crowns spread over many years. This is nothing that should paralyze the state budget. For the inner ring road, I would like the city to aspire to more than half of it. But it will take some time, we are not in the project phase. They estimate the costs in the higher tens of billions of crowns.

Has the investment plan for this year been fulfilled?

We will know the exact numbers next year. The plan of less than 15 billion will not be fully implemented, but this is not an exceptional situation, it is actually a rule in the history of the city. At the third quarter, we were at the level of forty percent of the drawdown, but that number will shift even more, as invoicing is rising sharply at the end of the year. The remaining money will not go anywhere, we also expect that it will be used for investment activities of the city. In absolute numbers, it will still be one of the best results in recent years.

Few people realize that the investment pace of the city is also driven by city companies. They, led by the transport company, invest other significant funds from their own resources, which they do not receive from the city. Next year, they will put together about nine billion crowns in investments, which is unprecedented, which is many times more than in the past.

How big a budget will Prague operate next year?

We will enter the third year of the covid pandemic. We have a period when the pandemic had a major impact on the city’s economy, when there were significant last-minute reforms, when it was impossible to predict anything through the government, when the economy was behaving completely unpredictably. We expect a certain increase in revenues next year, from this year’s 56 billion to 63 billion crowns. The total volume of the budget will reach 92.6 billion crowns, which is about five billion crowns. About twenty billion of this is government transfers, which is money that will only flow with us, especially teachers’ salaries. We also involve income from previous years.

So are you based on more optimistic predictions?

We have taken the predictions of the Ministry of Finance and again we have brought down the positive outlook a bit, because we are behaving responsibly and conservatively. We do not include dividends that we expect in our income either. We must always be careful. We are still rife with covid, the state will be in a temporary budget, there is unprecedented inflation and explosive construction costs.

Will the current be reduced, as the opposition has repeatedly called for in the past?

But inflation helps you get higher incomes, doesn’t it?

It’s a paradox to inflate. It is true that inflation means higher tax revenue and thus city revenues. But we can’t say we make any money on it. It makes life difficult for us in the same way as for every citizen.

And would you welcome the commercial real estate tax that STAN demands in the government?

Let’s wait for the government to come up with. It will make sense to talk about it when the proposals are on paper and discussed at government level, where I don’t think there will be a consensus.

Related to the number of commercial properties in Prague, this could be an interesting amount for the city.

You have to be careful. Of course, I have a lot of complaints about the tax system of the Czech Republic, but I am definitely not calling for us to heal at the expense of entrepreneurs.

Babiš’s government in resignation wants to push through a reduction in VAT on energy for next year. How would this affect the city budget?

It would certainly mean a drop in revenue. It would be a decline we would see, but it would not jeopardize the running of the city. When you look back, our approved revenues have always been exceeded. And we can respond to sudden expenses, tax changes or economic development from those “multiple incomes”. We also have significant budget reserves. 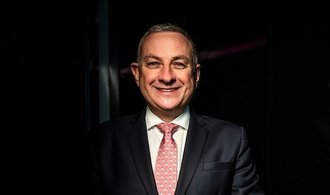 Will the energy crisis affect you?

Undoubtedly yes. This year, it does not have a significant impact on the economy, even given the crisis. We will definitely feel it next year, when we expect expenditures in the amount of hundreds of millions of crowns. First of all, on the side of the transport company, where, in addition to electricity, gas and heat, fuel prices also play a role, especially AdBlue. It will also affect the Technology of the Capital City of Prague, because of course we shine everywhere. It will affect everyone noticeably.

Do you anticipate all this in next year’s budget?

Only to a certain extent, because the budget is planned from June. We are not able to reflect on the changes that are taking place in October and November, because we would never approve it. We have a reserve to deal with inflation in the amount of two hundred million crowns, which I am afraid will not be enough. But we are ready to involve additional reserves or revenues that arrive beyond the budget.

However, the city has stakes in PRE and Pražská plynárenská, which are suppliers of last resort and are now gaining thousands of new customers.

Yes, but the impact of the crisis on their results is very likely to be the opposite. I assume that there will be a drop in their economic results and thus in the dividends we receive as a city. In any case, it will not happen that these companies could make a living on the living situation of people who have been forced to change suppliers. Those fees on final invoices are given by soaring energy prices on stock exchanges.

But in the end, both companies will probably benefit from it, and so does the city on dividends, right? Those people will be more careful when exchanging suppliers.

People will be able to leave at any time when they find a better offer. I hope that clients will put more emphasis on the stability of urban companies, long course work, brand, decent behavior. So yes, the influx of clients can have a positive effect on the functioning of companies in the medium to long term. It would be speculation about the amount of the dividend, it will certainly not be the case in the near future, where it will be the other way around.

The new government wants to drastically reduce the deficit, while not wanting to raise taxes. Is the vision sustainable?

I sincerely wish the future government success in consolidating public finances, which is inevitable. On the other hand, it is unrealistic to think that someone will cut hundreds of billions of crowns. The most important chapter of the budget is the Ministry of Labor and Social Affairs, primary pensions, then education, transport, home affairs and defense. Neither the government program nor the statement show that anyone would be ready and able to cut several billion crowns in these areas. It is unrealistic to think that saving money on government will be an irrelevant item. 65 billion crowns go to the salaries of all civil servants a year. The state budget represents about two billion crowns. If you bravely save ten percent, it is six and a half billion crowns. It’s a drop in the sea. No one will save public finances from officials. I wish them success, but in my opinion the consolidation will be impossible without an adjustment on the revenue side of the state.