Russia defeated Spain in the Davis Cup – 2021: Daniil Medvedev equalized after the defeat of Rublev, everything was decided in a pair

Russia is in the quarterfinals! Our guys made a team comeback in the match with Spain 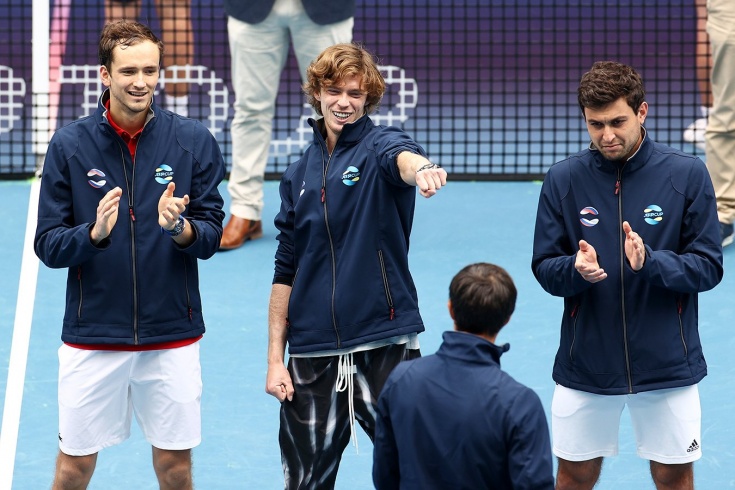 Russian tennis players made their way to the Davis Cup playoffs, beating the owners of the court in Madrid with a score of 2-1. Bravo guys!

The Russian team made it to the Davis Cup playoffs – 2021. Moreover, our guys made a team comeback in the match with Spain. That was incredible!

The 2021 Davis Cup group stage match with the Spanish national team started unsuccessfully for the Russian team. In the meeting of the second numbers, the fifth racket of the world, Andrei Rublev, sensationally lost to 40-year-old Feliciano Lopez, who is not even included in the top 100. And the first Andrei played very confidently, winning 6: 2, but in the second and third, Lopez turned out to be stronger, who was actively supported by the publication in Madrid. “There were chances to return to the game, both in the second and in the third set. There were moments, but when Feli is on the courage and delivers a second feed of 190 km / h to the break point and hits it … Today was his day. At the right moment, he hit everything. When a person is playing on the courage, it is difficult to do something, ”- said Rublev immediately after the match. 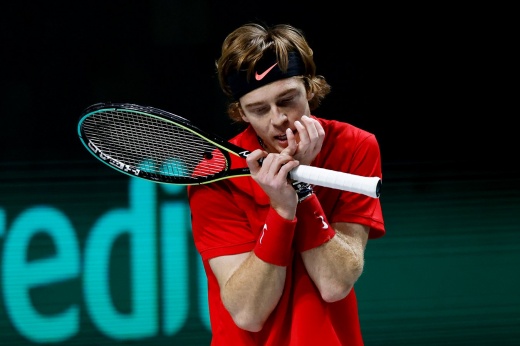 Sensation to the screams and whistles of the stands! Local torsida helped the Spaniard to “eat” Rublev

After the defeat of Rublev, the score in the match Spain – Russia became 1-0 in favor of the hosts. The first number of our team, Daniil Medvedev, had to save the situation. By the way, the pressure of the stands is not such an important factor in Daniel’s match. He has already used the negative energy of the audience to his advantage more than once. But another point is of great importance for Medvedev. We are talking about the conditions of the highlands (the city is located at an altitude of 667 meters above sea level), court cover and balls. Medvedev noted that the court in Madrid resembles the one that was at the Parisian Masters, and our tennis player is not very happy: “The court here is very slow. It’s a little strange that it didn’t seem to me that way in training, but matches are always different from practice. This is 100%. The balls felt like they were just “dead”. I looked at them and thought: “But we have to play seven more games with them.” At Bercy the court was also very slow, I think the conditions are about the same here. It’s good that the pitch is still working and we are still playing on hard. “ 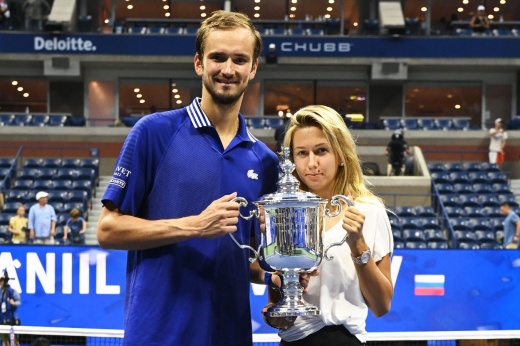 Medvedev’s rival in the match with the Spaniards was the bronze medalist of the 2020 Olympics Pablo Carreño-Busta, who just in Tokyo did not let Daniil into the semifinals. Another Spaniard defeated our guy at Indian Wells 2018. In the other four matches before the Davis Cup in Madrid, Medvedev was stronger. And the Russian really went to court confident of his superiority. Crushed the opponent with a tempo and quickly led with three breaks – 5: 0. It seemed that the “steering wheel”, as in the Saturday meeting with Ecuadorian Emilio Gomez, is inevitable. But unexpectedly, the Russian could not apply for the set and allowed Pablo to make a break. However, the next attempt was crowned with success, and Daniil put the winning point in the game in 27 minutes – 6: 2.

The start of the second set turned out to be depressing for Medvedev. The Spaniard, supported by the stands, took the lead with a break – 3: 0. But we must pay tribute to Daniel – this did not bother him. He adjusted the serve, made fewer mistakes, better control of the ball and managed to win 5 games in a row. The score was 5: 3. After that, the Russian earned matchball on the reception, but Pablo played it – 5: 4. During the filing for the match, Medvedev bounced back with a triple break point, got another matchball, but also did not use this chance. But the Spaniard made a break from the fourth attempt. In the end, everything was decided in a tie-break, where Daniel quickly took the lead 6: 1 and from the fifth matchball in the duel achieved victory – 6: 2, 7: 6 (7: 3) in 1 hour and 30 minutes.

Thanks to this success, Daniil Medvedev became the sole leader of the season in terms of the number of victories. Now he has 60 of them, and he was able to get ahead of Alexander Zverev, who has 59 victorious meetings. Zverev did not come to the Davis Cup, so Medvedev will definitely stay ahead – and Daniil has no other rivals in this statistic. The score in the match Russia – Spain was equalized – 1-1. But this team of ours was not enough to reach the quarter-finals. Let us remind you that according to the regulations, 6 group winners get into the playoffs, and two more places are taken by the best of the second teams in the groups. Before the doubles match, the alignment was such that our guys had to win only one game in order to reach the quarter-finals, even if they were defeated. Karatsev and Rublev coped with this task already at the start of the first set – but they did not stop there. Having lost the first set to the Spaniards, Andrei and Aslan took two games and brought our team a decisive point – 4: 6, 6: 2, 6: 4.

So our guys made a team comeback in the match with Spain, winning back from 0-1. First, Medvedev won his fight, and then Karatsev and Rublev put the winning point in the match. After the completion of the Russia-Spain doubles game, the squad of the quarterfinal pairs was fully formed. Italy will play Croatia on November 29 in Turin, Great Britain will play against Germany on November 30 in Innsbruck, and Serbia – Kazakhstan and Russia – Sweden matches will be held in Madrid on December 1 and 2 in Madrid.

Lavrov: Russia never poses a threat to Ukraine through its representatives – Politics