War. There is a word associated with bombs and soldiers. But what about those women who played a major role in those difficult times? Actress and writer Kim Dalli has been collecting the stories of these non-intermittent wartime heroines to share in an upcoming new docudrama.

Ella Zammit Cutajar has joined an underground resistance network sending information from Tunisia to Malta on the movements of enemy troops by radio – something for which she had been imprisoned.

Mary Ellul was an air-raid guard who rescued people from under the rubble after the bombings. Irene Condachi was a doctor who alone vaccinated and examined at least 20,000 school children under war conditions.

They are among the many women who played key roles during World War II, but whose contribution has remained unknown – until now.

They will be among the women featured in a new documentary called The Women of George Cross Island trying to recount the personal experiences of how individual women laughed, suffered, grieved, dared and loved.

“Most importantly, it strives to act as a tribute to a generation of brave, determined and non-complaining women who have stood shoulder to shoulder with the men of Malta in defense of their country and freedom,” says Kim Dalli , the leading researcher of docudrama. , writer and presenter.

The idea for the docudrama came up during a dinner conversation with friends Angelle and Justin Farrugia. Kim sang the praise of a book she had just read – Paul McDonald’s Ladies of Lascaris: Christina Ratcliffe and the Forgotten Heroes of Malta’s War. A few weeks later, Kim received a phone call from Justin, one of the managing directors of Sharp Shoot Media, asking her to work on the docudrama. Her response was loud: “Yes!”

As Kim got into the subject, she quickly learned that very little was recorded about women during the war.

“There is an extreme shortage of literature exploring World War II and Malta from a female perspective – surprisingly, as women made up half the population,” she says.

Despite this, Kim has found fertile ground enough to uncover fascinating and untold stories that celebrate Malta’s undeserving heroines and offer a uniquely feminine perspective at the heart of the military conflict. Once the women have been identified, she is combed through published and unpublished memoirs and autobiographies, spent hours in the National Archives studying archival documents, as well as rubbing the archives of newspapers such as Times of Malta.

She also conducted several interviews with elderly women with a direct remembrance of the war, as well as with the relatives of particular women identified as long dead.

“I want to say that I received incredible support and help from everyone who approached me, with families giving me unique access to private collections, letters and other documents. This allowed me to shape the work, life, relationships and emotions of plotters, spies, air raid guards, nurses, doctors, journalists and housewives.

“Some women were on top of the rest, sometimes in Malta or in friendly territories abroad, and going far beyond the call of duty. Others risked their own lives working discreetly in hostile lands, ”she said.

Kim believes that examining the experiences of women in the background of the social and political events of the time is of particular significance. “I see a clear link with one of the most seminal moments in the political history of Malta: the acquisition of women’s voting rights some time later in 1947,” she says.

Women’s experiences and contributions have, historically, been chronically underrepresented in studies focusing on World War II.

During the Second World War, the fate of the Mediterranean depended on a besieged Malta, which famously acquired the epithet of “the most bombed place in the world”. Featuring brave sailors, soldiers and gunners against the dramatic backdrop of sea and air battles around the island, the period is commonly seen as a man’s war.

But in conditions of “total war”, and especially when the 1941 conscription led to a shortage of male resources, the women of Malta proved to be wiser, their minds wider and more complex than anyone ever thought, she explains.

“They provided the social, administrative, operational and logistical platforms for the island’s civilian and military administrations. Women were effectively the machine that kept the country running in these most difficult times, ”she says.

The docudrama will take the form of an eight-episode series that will be broadcast on local TV during 2022. The executive production is Sharp Shoot Media Limited. The producers are Justin Farrugia and Steven Dalli, and the series is directed by Justin Farrugia and edited by Angelle Farrugia.

She was a British cabaret dancer who helped form a troupe called Whizz-Bangs that came out to welcome Army, Navy and RAF personnel. He then offered to work with the RAF as a telephone operator and later as a plotter at the underground War Headquarters in Valletta. 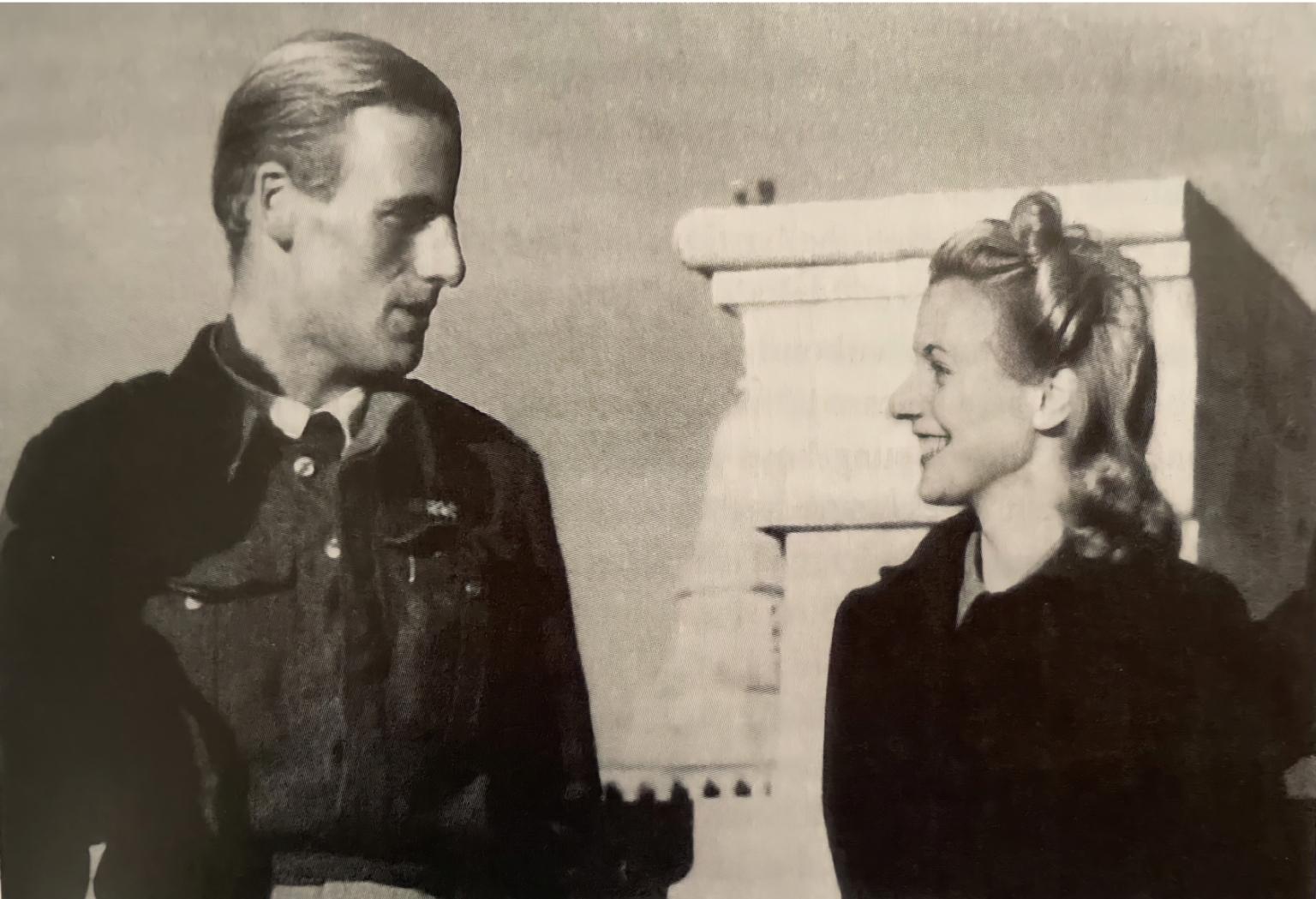 She was awarded the Medal of the British Empire in 1943 in recognition of her work. She loves Adrian Warburton, the most decorated RAF pilot on the island. Their love story came tragically to an abrupt end when on April 12, 1944, Warburton was sent on an reconnaissance mission during which he was supposed to take some photographs of Germany, but never returned. Christina never married, she remained in Malta until her death in 1988. Warburton’s remains were finally found in August 2002.

After marrying her husband Thomas and accompanying her to Rome, in 1940 Chetta found herself a widow stuck in the fascist state of Mussolini and responsible for the welfare of her eight children. She put her life on the line after joining Monsignor Hugh O’Flaherty’s Rome Escape Line network operating in the Vatican, which is credited with offering assistance directly to 4,000 Jews and escaping Allied prisoners during the war. . 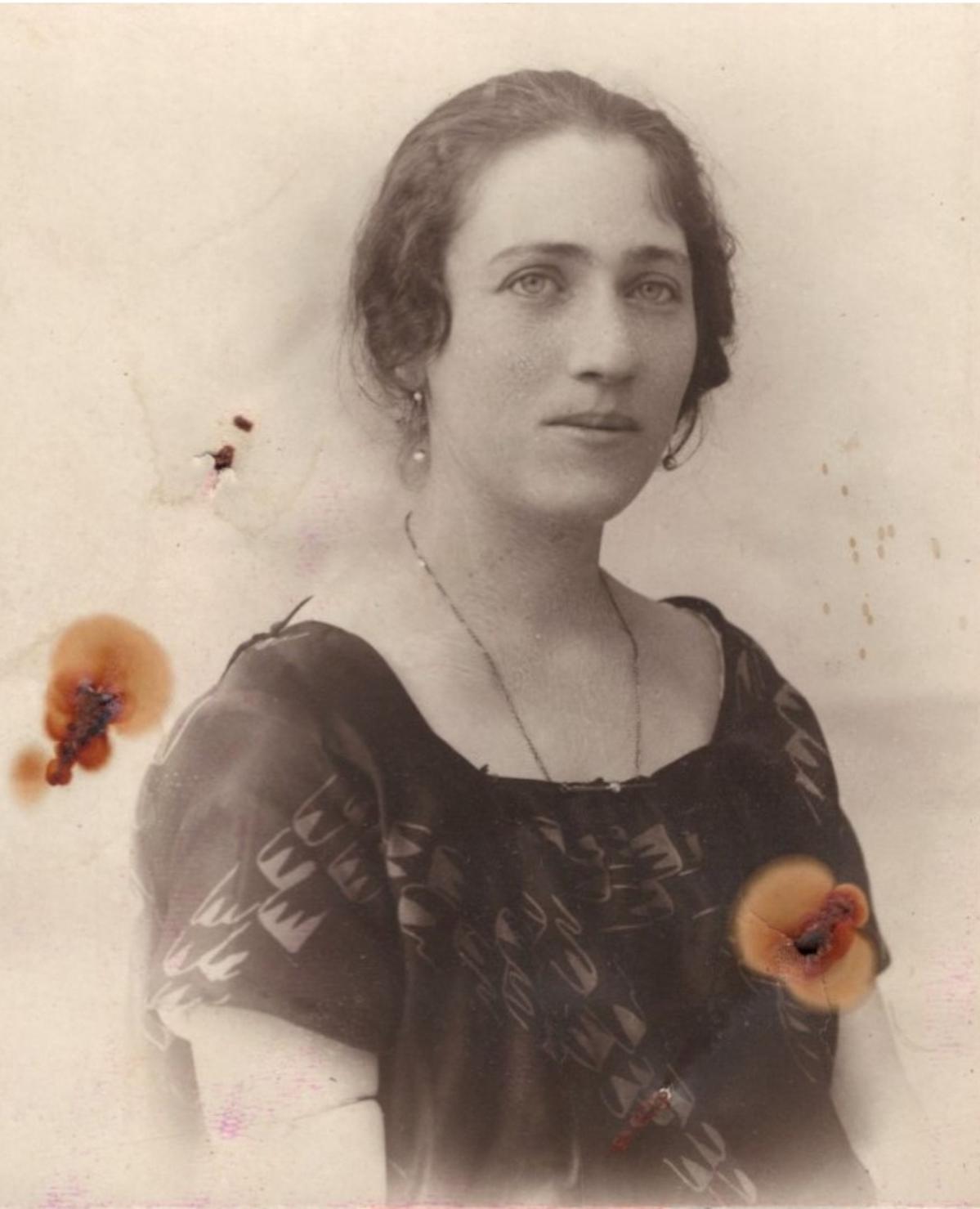 Her third-floor apartment in Via Dell’Imperio was used as a depot for supplies and to house several prisoners of war. She had several close skirmishes with Nazi SS officers, who raided her apartment several times. In 1945, she was awarded a Medal of the British Empire for her extraordinary efforts to offer a sanctuary to those in need. She has unfortunately paid a high price for her gallant work, suffering from PTSD for the rest of her life.

Meme served as a nurse at Mtarfa General Hospital, which was one of 12 that joined the Voluntary Aid Detachment when the war broke out in 1939. She was standing in the hospital, when HMS Illustrious set sail in the Grand Harbor, with her crew still trying to put out some of the fire. 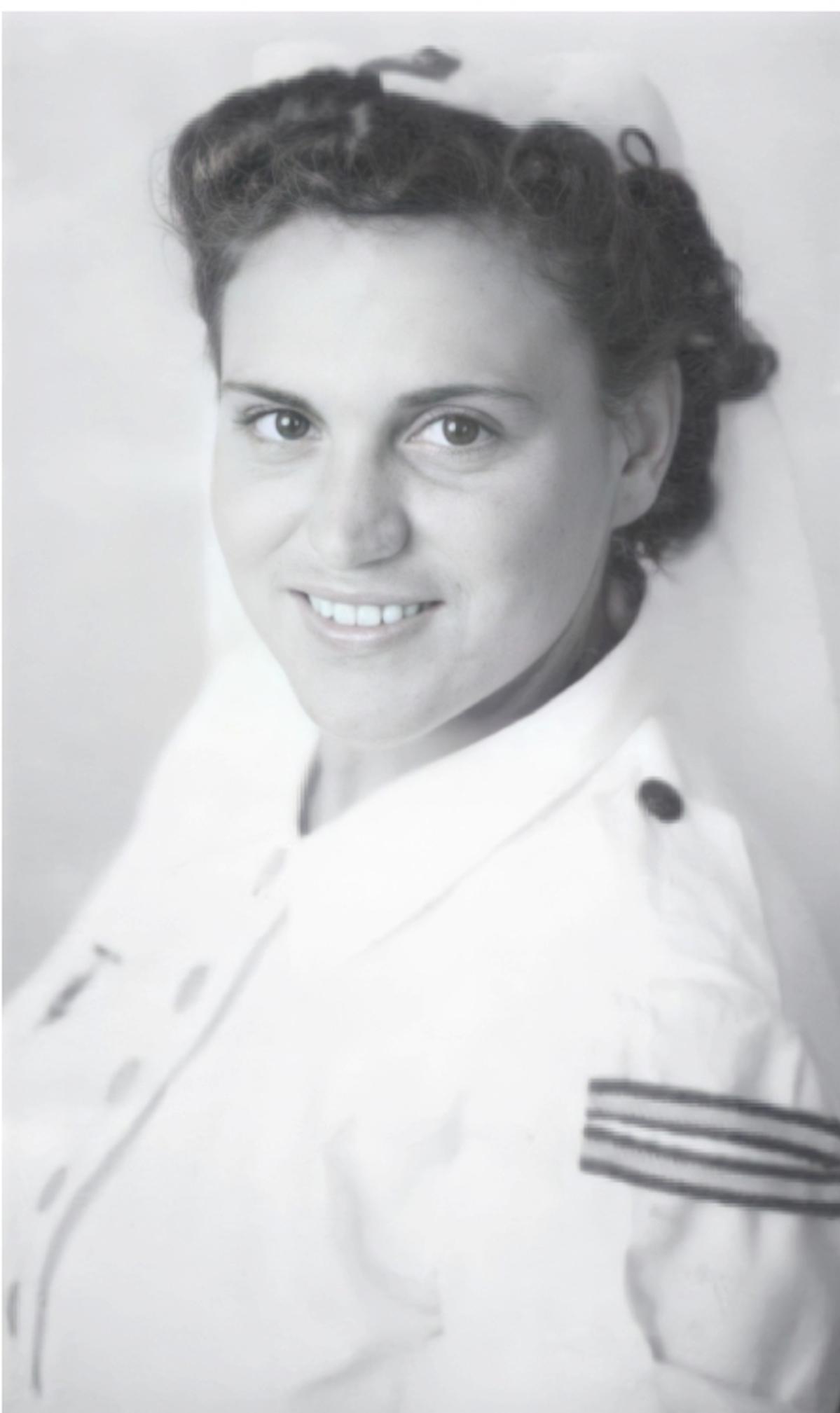 Most of the crew were suffering from horrific burns and despite being the worst casualty in Malta, the recovery of so many men is a testament to the skill and dedication of Meme and her colleagues. Meme was also at work in June 1942, when the Germans bombed the hospital, despite a large Red Cross in the sports stadium. She was injured by a shrapnel, which pierced her arm. In the years that followed, Meme considered the resulting scar “as good as being decorated.”

She first married a Frenchman, and accompanied him to Tunisia. There it joined an underground resistance network, collaborated with the British intelligence services, and sent information to Malta by radio about the movements of Axis troops and ships entering and leaving Tunisia. . 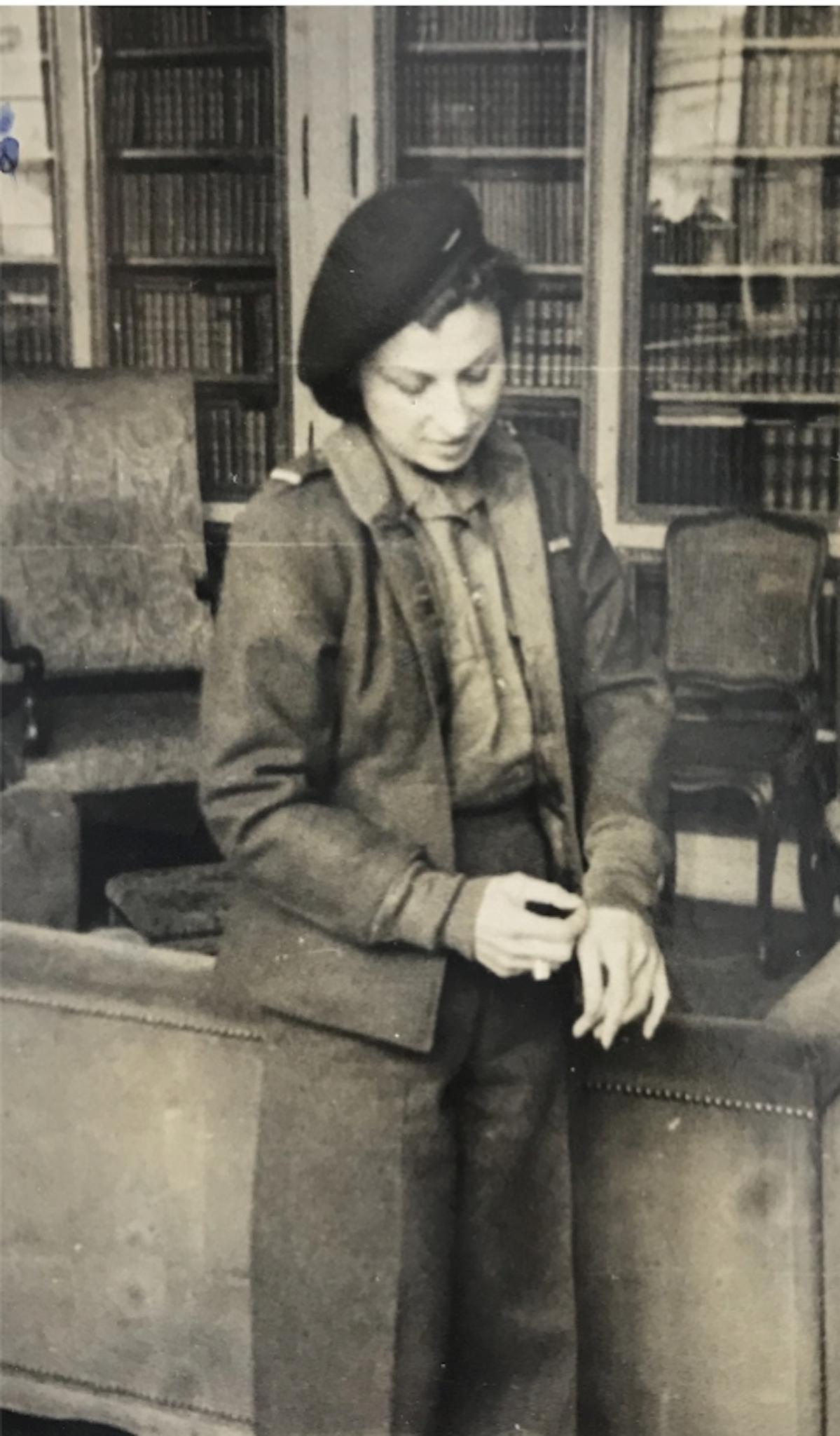 In 1941, several members of the network were denounced. Ella was arrested and spent nearly a year and a half in prison before being released during the first area bombing by the RAF. She returned to Malta for some time before being recruited by the British secret services. She was invested a Member of the British Empire and a short time later, she obtained a divorce and married a fellow member of the secret network, with whom she had worked closely.

Irene was one of the few female doctors on the island at the time. This incredible woman alone was vaccinated and examined at least 20,000 school children under war conditions and without any means of transportation. 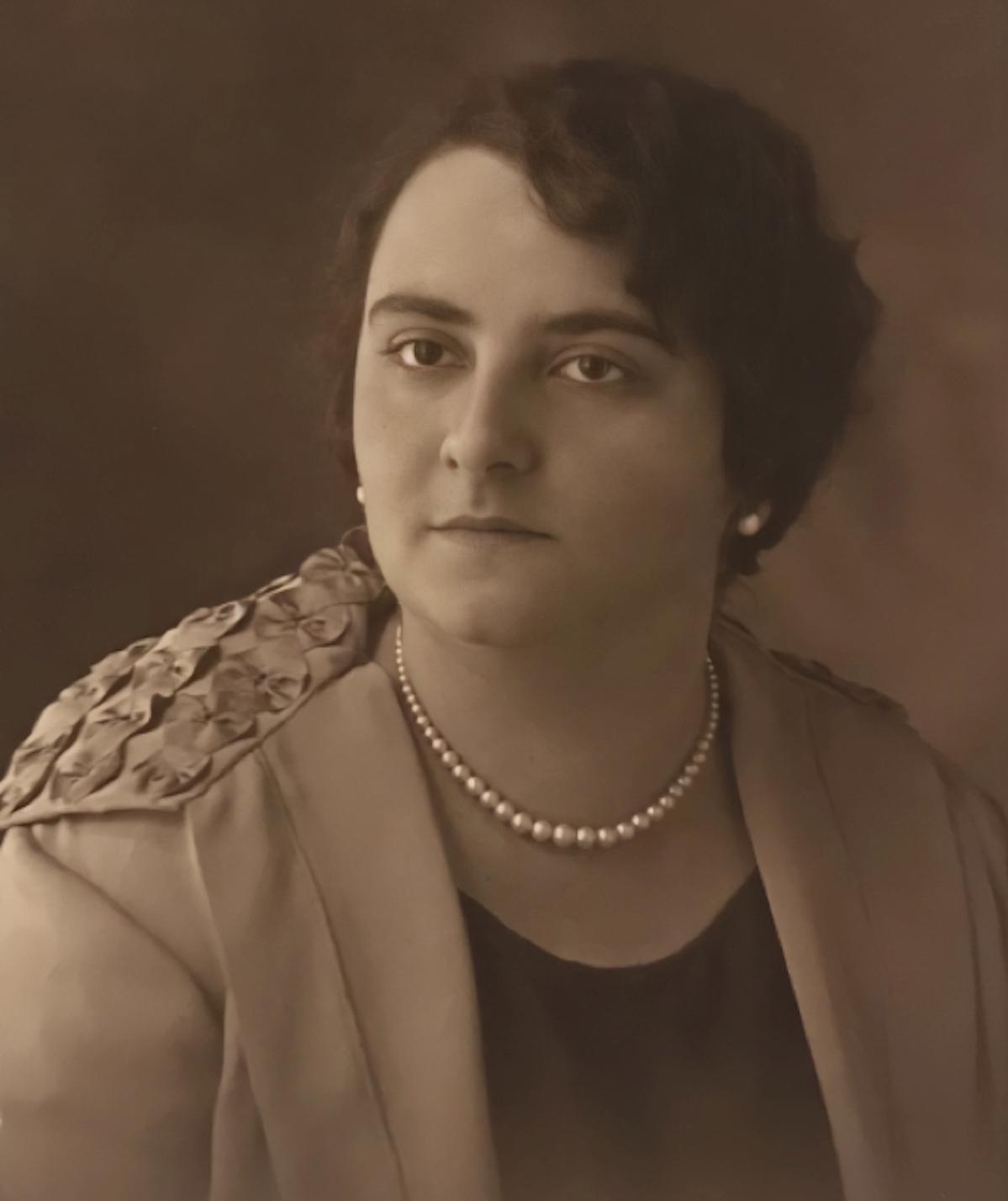 She has traveled long distances from one government school to another to examine between 10,000 and 15,000 children a year, as well as ordering the anointing for children with skiing. She was credited with destroying this condition by government schools.

Mary was a guardian of the air raids and was popularly known as ‘MaryMan’, due to her strong masculinity and phenomenal strength. 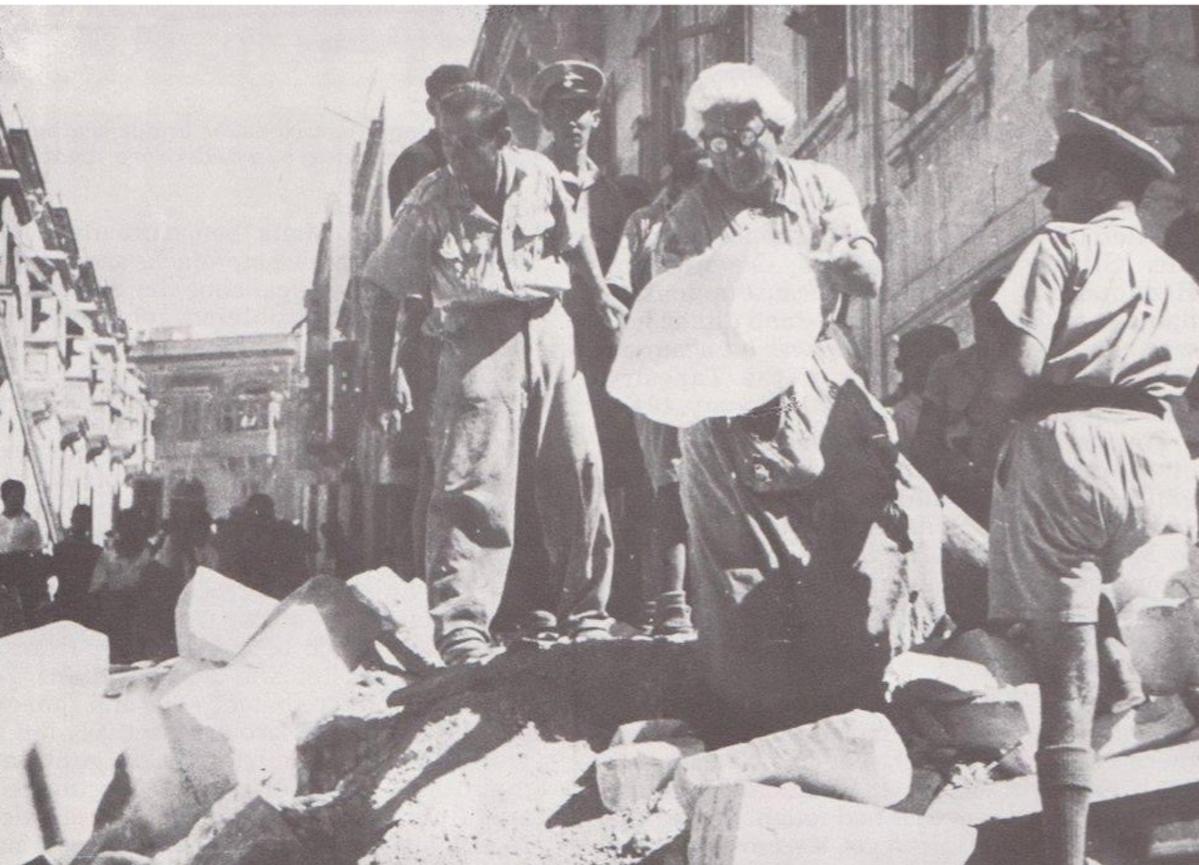 She rescued people from the rubble and had a reputation for dealing with powerful sailors by throwing them into the Sliema sea when she was working as a pre-war bouncer.

Mabel was the publisher of an Anglo-Maltese newspaper and a political figure who was considered one of the strongest women in the Mediterranean region. It was intended to keep the Maltese people properly informed and educated while ensuring that the newspaper of the time maintained their morale – very important for people going through such difficult times. 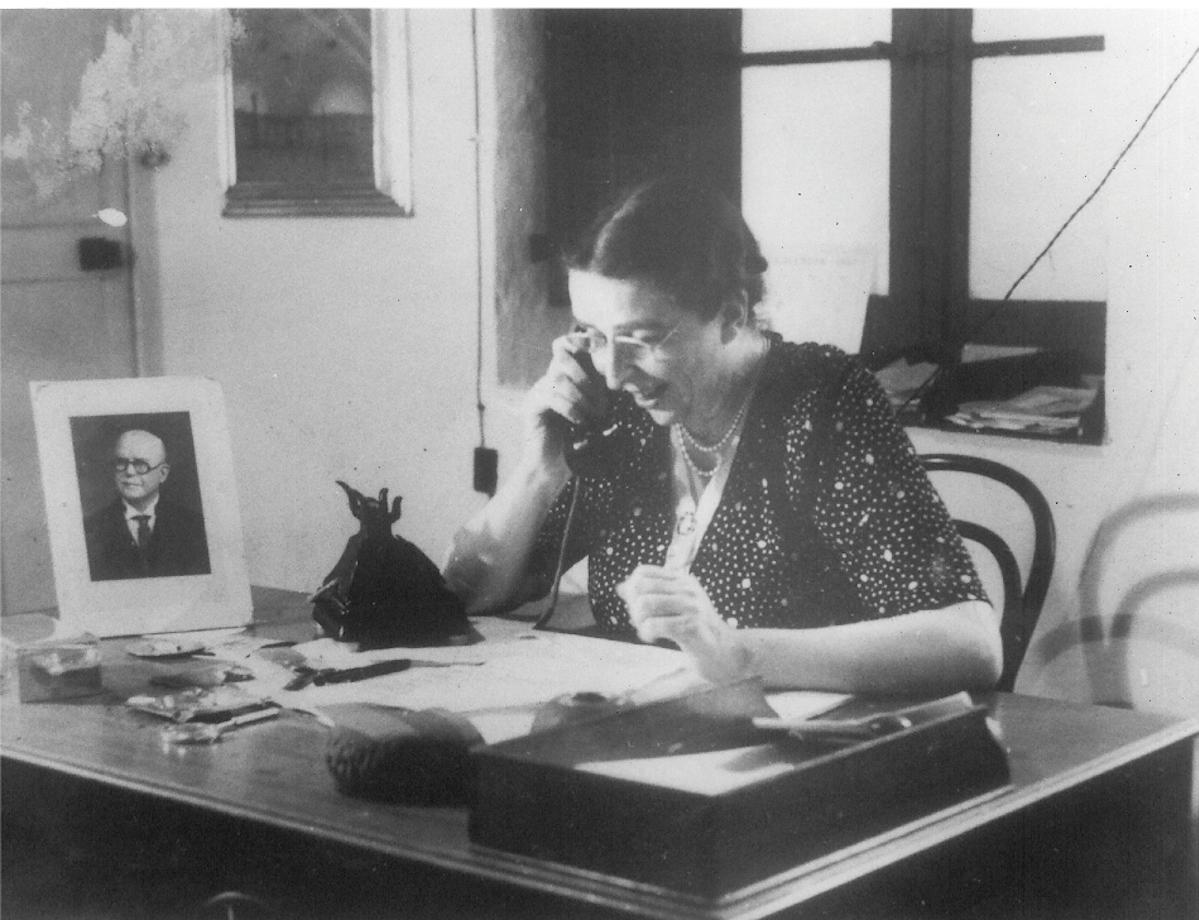 At considerable risk to herself, she had often ignored the sirens of the air raid, in order to get her cards out on time. She never missed an issue. In 1944 she was awarded the Order of the British Empire for her devotion to wartime duties.

This story was first published in Sunday ring, a Times of Malta publication. Read the full issue here: http://sundaycircle.tom-mag.com/38/index.html#issue/1

‹ Near Toulouse. Ten things to know about the Lantern Festival before it opens › Corona vaccination campaign in the House of Nature for parents and children