Prague lit up a tree on the Old Town Square, the party was not there again Company News Pražská Drbna

Yesterday, representatives of the capital’s management lit a Christmas tree on the Old Town Square, which traveled to the metropolis from Dolní Černá Studnice in the Jablonec region. As last year and this year, due to the coronavirus, the lighting had to do without the traditional big festivities, and the city did not notify them in advance due to the worsening epidemic situation. Based on the government’s decision on Thursday, there will be no Christmas markets in the Old Town Square this year. City officials today criticized the decision.

The Christmas markets on the Old Town Square in Prague will be decorated with spruce from the Jizera Mountains. The tree, which will measure 21.5 meters after the modification, grew up in a private garden in Dolní Černá Studnice in the Jablonec region in a poorly accessible place. Its today’s felling so …

The spruce arrived in Prague on Sunday, and on the night of Monday to Tuesday, the city company Technology of the Capital City of Prague (THMP) took it from the landfill in Hostivař on the square. He grew up in a private garden in the Jizera Mountains. they planned to cut him down anyway, so they decided to compete in Prague every year. Since Tuesday, the THMP staff has been decorating the spruce about 22.5 meters high, the lighting ceremony was originally scheduled to take place on Saturday, along with the canceled opening of the Christmas markets.

“We should not forget at this time that while we cannot influence everything around us, we can certainly try to awaken consideration around us and thus contribute to the situation. So thank you to everyone who follows the measures.” the mayor said today when the tree was lit. Zdeněk Hřib (Pirates).

According to an earlier statement by the company’s director Tomáš Jílek, THMP employees decorated six kilometers of light chains this year. At the top is a two-meter-shaped star-shaped point. The branch tree is then decorated with 240 red and gold balls evoking the colors of the capital, ie red and yellow, and 40 snowflakes. 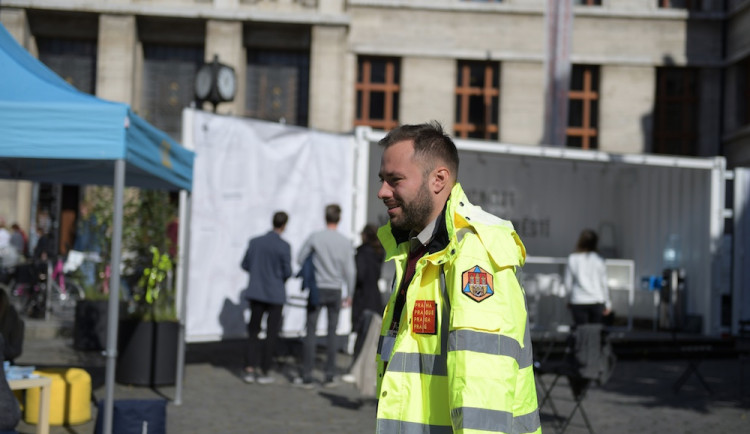 I am finishing the Christmas markets in Prague today. New government measures prohibit their operation from six o’clock in the evening. Jan Chabr’s councilor for property management criticized the government’s decision during Thursday evening (TOP 09).

Criticism of the government

Yesterday, city officials criticized the government for Thursday’s decision to ban Christmas markets from 6 p.m. today. According to them, it does not make sense to keep shopping centers open, but the sale of Christmas goods in outdoor stalls was made impossible. In this context, the city administration called on the state to approve special compensation for traders as soon as possible. Resigned Ministry Alena Schillerová (YES) told Czech Television that she plans to open the issue of additional compensation for stallholders to the government.

‹ A wooden church is being built in the yard of the Ministry of Defense of the Republic of Moldova › Document: The Liberec Region explains its plans for the connection Šluknovský výběžek – Prague