Several police officers oversee the order in Prague. Members of the criminal, transport and foreign services, the anti-conflict team and police officers from the regional law enforcement unit took part. They also have a police helicopter. “Whereas the We also expect the arrival of some radical supporters of the visiting team, who have been involved in the violence in Rotterdam in recent days, and we cannot rule out their aggressive behavior., Prague police officers are sending colleagues from law enforcement units from Brno, Pilsen and Ústí nad Labem, “said police spokesman Jan Daněk in recent days.

The police expected the arrival of about three thousand fans on Wednesday. AGAINST The plan was to spend the evening and night at the bars in the city center. The first incident did not take long. In the early evening, one of the fans on the Old Town Square detonated pyrotechnics that injured the tourist. “The police detained the suspect who was to fire the pyrotechnics on the spot,” the police said on Twitter. “She was a woman around 45 years old, her injury is not serious. Paramedics took her to the hospital, “Jana Poštová, a spokeswoman for the Prague rescue service, told ČTK. 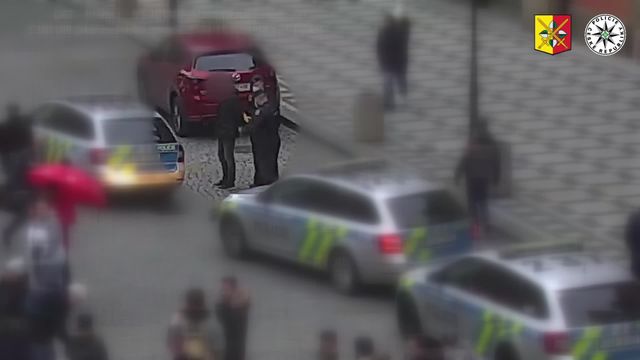 Police detained a Dutch fan whose pyrotechnics injured a tourist. (November 24, 2021) Police of the Czech Republic

The police also pointed out on Twitter that some of the fans who came to Prague took part in anti-government protests in Rotterdam last Sunday over measures against the spread of covid-19, when there was a clash with the police, after which three people ended up in hospital. .

Fans are planning to leave the center towards the Eden Stadium in Vršovice on Thursday after 16:00. They started meeting in the Old Town Square in the afternoon. Some of them have smoke bombs and other pyrotechnics, one of which the police had to pacify shortly before the fourth.

There are law enforcement units on site. “As part of the preparation of the security measure, the police also communicate with the embassy of the Kingdom of the Netherlands, and seven police officers from Rotterdam, who specialize in football violence, will also come to Prague,” the police spokesman added.

The match starts in Eden at 18:45. Following the tightening of anti-coronavirus rules, fans, with the excuse of children, will no longer reach the stadium after submitting a negative test, only allowing for completed vaccinations or illness in the last six months. In addition, due to the current epidemic situation, Slavia has stopped public ticket sales. 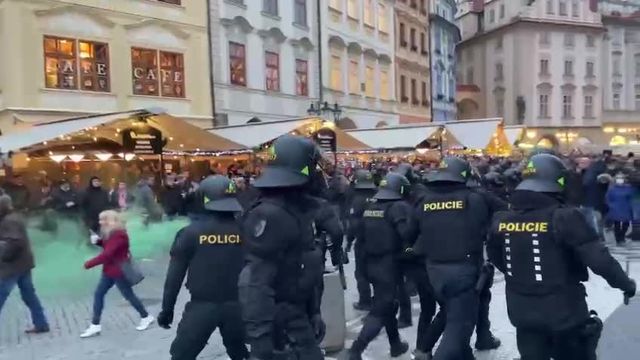 Dutch fans on the Old Town Square. (November 25, 2021) Police of the Czech Republic 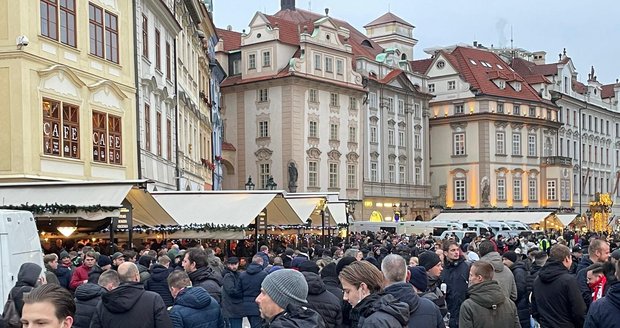 Nábytková banka Praha celebrated its annual anniversary. In a year, it helped 434 households with a lack of funds Company News Pražská Drbna