“Due to the unfavorable epidemiological situation, on 29 November 2021, all elective, ie planned, surgical care is suspended until further notice. The restriction does not apply in any way to acute and life-threatening conditions. Thank you for your understanding, “said the Motol hospital.

As of Wednesday, 103 covid positions were hospitalized in the hospital. 13 of them have a difficult course, 34 a medium course, an easy course diseases 37 and asymptomatic are 19 patients. According to data released by the hospital on Twitter on Wednesday, three people are connected to artificial lung ventilation. “The situation is deteriorating hour by hour today,” said Miloslav Ludvík on Radio Z.

A day later, patients from Brno hospitals that are overloaded arrived at the Motol hospital. On Thursday, there were 110 positive people in Motol, and another seven patients arrived from Brno. “Two in serious condition on artificial lung ventilation, five in moderate condition requiring oxygen support,” Ludvík told Blesk.

According to him, the hospital is still going at full capacity, it wants to operate the planned operations by Sunday and then reduce this care. “From Monday, we should release another 120 beds for covid patients. We don’t have limited care yet, we’ve declared a stop condition, but this is a battleship, and it’s taking a while to turn around, so I guess it’s from Monday. Now we will operate what we have planned for Sunday, and from Monday we will completely rebuild it into a covid, “he added. I.e only the transition to emergency medicine and about a third of the beds for patients with covid will be allocated to each clinic.

The hospital also faces a shortage of people, as some employees used the state contribution of eight thousand crowns from the state for recreation in spas. “At the same time, we have 125 infected employees,The director said in an interview with the radio.

He mentioned that the delta variant of coronavirus, which is now spreading in the Czech Republic, is completely different from the variant of the virus that was here last year. He pointed out that the delta is extremely contagious and will not escape anyone at all. Ludvík also pointed out that there are still 250,000 people over the age of 65 who have not undergone covid and are not even vaccinated. “Everyone is in danger of being in hospital and that’s a huge number, “he said.

I don’t really understand why some people haven’t been vaccinated. “It can be seen that the course of the unvaccinated is difficult and has quite fatal consequences,” he pointed out. Now, according to him, they should be protected as much as possible, who have been vaccinated or have not been vaccinated until recently. “It simply came to our notice then category over 65 is really extremely endangeredHe added.

The traffic is also limited by Bulovka

Due to the growing numbers of coronavirus infections in the country stops the planned procedures and hospitalizations of the Prague University Hospital in Bulovka. The measure will apply from Thursday, the hospital said on its social networks. “Patients, as far as it is concerned, will be contacted by the given workplace,” Bulovka said on Twitter. The outpatient operation will be maintained, as the medical facility announced today.

According to information on Twitter, 108 patients with covid are hospitalized in Bulovka-19. Of these, 91 patients are in standard wards, 17 people are placed in the intensive care unit (ICU). One week ago, paramedics in Bulovka cared for about 80 patients infected with coronavirus.

Thomayer University Hospital also made the decision not to perform an acute long-term planned operation, citing the deteriorating covid situation. “The reason for stopping the so-called elective procedures is the overloading of the hospital with hospitalized covid-positive patients,” the medical facility said on twitter.

Due to such a burden, the hospital gradually began to reduce non-acute services in the previous days, said its spokesman Petr Sulek. According to him, there are currently around 120 covid patients in Thomayer Hospital. “Unfortunately, there are more and more patients with severe conditions who end up in the ICU and ARO,” the spokesman added. 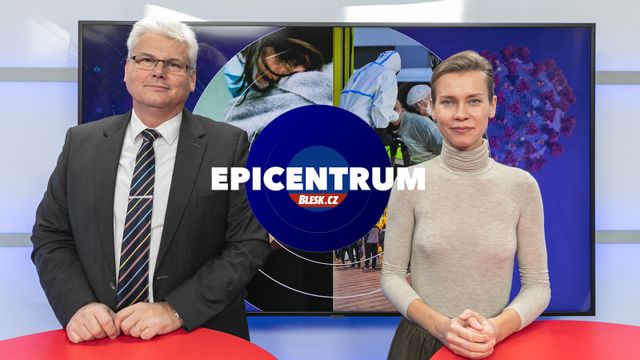 ‹ A light lockdown is looming in Belgium › In Russia, explain Kiev’s reluctance to comply with the Minsk agreements: Politics: Russia: Lenta.ru