Murder over a villa in Bubeneč: A case unraveled in Pardubice

A real estate appraisal expert said that the administrative price of the villa, which stands in Bubeneč in Prague 6 and was supposed to be the motive for the murder, with a plot of approximately 22 million crowns. The house itself, which is a cultural monument, is worth only about 7.5 million crowns, because its interior is very damaged, in a desolate state are, for example, water and sewerage. The facade, exterior windows and plumbing elements are preserved, but according to her, the building requires a complete reconstruction. An extensive garden is valuable. According to Senate President Anna Sobotková, the property in inheritance proceedings was valued at the usual price of 18 million crowns.

Accused Tomáš F. is in custody, he is also accused of attempting fraud. He was originally sentenced to 23 years in prison by the Municipal Court in Prague. However, the High Court of Appeal returned the invalid judgment to a hearing, but this time to Pardubice, because the murder took place in the Havlíčkův Brod district. According to him, the Municipal Court in Prague had no local jurisdiction. The Pardubice court must therefore re-examine all the evidence.

Tomas F. denied the guilt. His then partner, Jiří N., is also involved in the case, according to an invalid and later annulled decision he was to go to prison for five years for fraud and pay five million crowns. At the time of the murder, George N. was abroad.

Murder by a pickaxe?

The prosecution accuses the man of falsifying the purchase agreement and that Tomáš F. took the owner of the villa and her friend to a rented cottage in Velká Paseka. There, according to the plaintiffs, he murdered them, loaded their bodies with weights and threw them from the bridge into the water. Tomas F. Sr. admitted that he killed a man, namely he began in self-defense with a pickaxe, after he thought the man had murdered his girlfriend. Later, Tomáš F. stated that he was not at the couple’s death.

The new negotiations are complicated by the fact that two years have passed since. Some witnesses cannot testify, they are ill, they are ill in a hospital for a long time, one witness has become pregnant. Therefore, the court read part of the statements. Further evidence was proposed on Monday by both the public prosecutor and Tomáš F.’s lawyer. The hearing is scheduled for November 26, with further testimony from witnesses and experts. 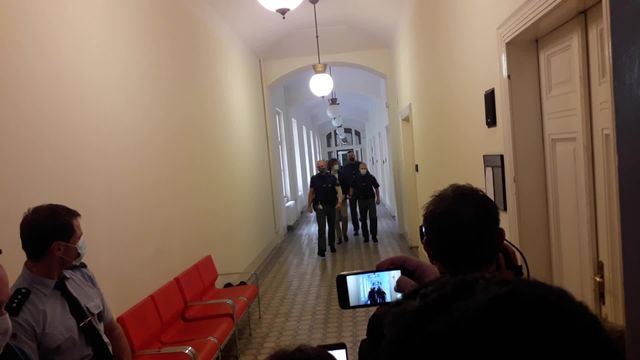 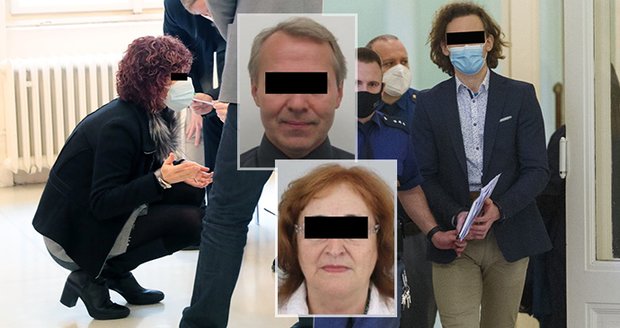 Tomas F.’s parents in court on January 8, 2021. The day before, the mother testified in court and tried to give her son an alibi. It happened for the first time in about a year and a half since her son was in custody.