The preparation of the route from the center to the airport has shifted. There will be a new stop at Stromovka Transport News Pražská Drbna

The preparation of the railway line from the center of Prague to Ruzyně Airport has further shifted. The railway administration has announced a tender for 3.8 billion crowns for the modernization of the line from Bubny at the Exhibition Grounds, including the railway station, which should be part of the major transformation of Prague’s Holešovice. The administration also obtained a zoning decision for the complete reconstruction of Masaryk railway station in the center of the metropolis. This was stated by the General Director of the Railway Administration Jiří Svoboda at a press conference. The projects are part of the railway from Prague to Kladno, which will have a branch to Václav Havel Airport.

The new Prague Bubny station will be connected to Vltava

The modernization of the line from Prague’s Bubny to the Exhibition Grounds should be completed by 2025. The administration has entered the highest admissible price of 3.8 billion crowns for the announced contract. According to Svoboda, this is one of the most important milestones for the entire line from Prague to Kladno. “Together with the Kladno section, this is the actual beginning of the entire construction and, above all, the beginning of the transformation of the entire Holešovice. The old railway station has long divided Holešovice into two disparate parts, while the new railway will, on the contrary, naturally connect both parts, “ said the head of the Railway Administration.

The most significant element of the modernization of the section will be the new Prague Bubny station, which will be built behind the Negrelli viaduct and will be connected by an underground vestibule with the Vltavská C metro station. The Jakub Cigler Architekti studio is in charge of the architectural design of the railway station with three platforms and four tracks. First it will be one building, on the roof of which there will be a grassy resting area with a view. Later, together with the construction of a new district in the area, an administrative building should be added directly above the station, while the station vestibules should also be used commercially. According to the mayor of Prague 7, Jan Čižinský, the railway station, together with the building of the Prague Philharmonic, should become the natural center of the new district and at the same time the main point of its transport service.

Hooray Zizkov! This sign adorns the wall of the new extended northern underpass, which will receive passengers from the main railway station in Žižkov. The railway administration officially opened it today. Previously, people used the road across the tracks to travel from the railway station to Žižkov, …

Railway station on the outskirts of Stromovka

As part of the modernization of the section, the Prague-Výstaviště railway station will be built on the edge of Stromovka Park, which, according to Čižinský, will significantly reduce traffic during mass events at the Prague Exhibition Grounds or at Letná. It should also connect Stromovka with Letná nový lávka via the railway. The track will lead for the most part along a new flyover, which will enable the merging of Holešovice into one functional area and the cancellation of the railway crossing in Bubenská Street and the increase of the bridge structure in Dukelských hrdinů Street, where in the past lorries tore down tram lines.

Another part of the planned line to Kladno and the airport, which has entered a new phase, is the modernization of Masaryk railway station. The railway administration has obtained a final zoning decision. Construction should begin in 2023. 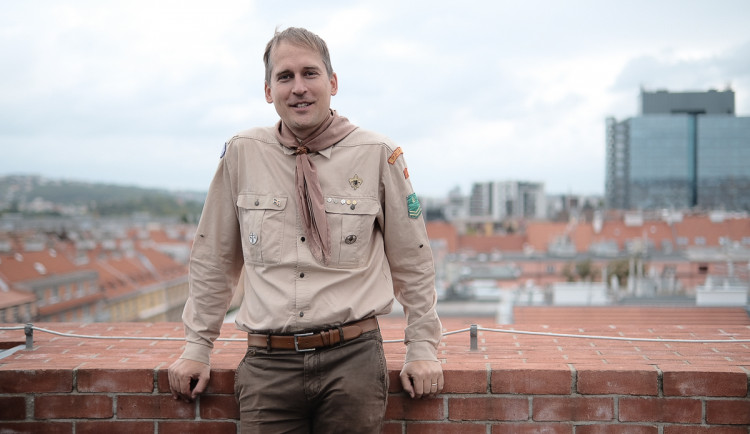 Pražská Drbna brings another part from a series of interviews with mayors. In the environment of the new Holešovice town hall, we talked with the mayor of Prague 7, Jan Čižinský (Prague himself), about the condition in which they took over the town hall in 2014, about …

The project envisages the extension of the existing track from seven tracks to nine and an increase in line speed to 100 km / h in the section to Liben, the modernization should also include a new vestibule in the form of a roof connecting the area of ​​Na Florenci, Hybernská and Opletalova streets with access to individual platforms. New dormitories were also created for operational treatment in the Hrabovka locality. There will be a total of three outdoor and three language platforms in the station hall. Accesses to the platform will be from two directions, in addition to the existing hall, also from the new roof. All tracks, technologies and transport lines and power supply will be reconstructed. An interesting contact wire will be used due to the compressed construction height under the roof platform. The station will be equipped with the ERTMS / ETCS train protection system and the exclusive operation of trains equipped with ETCS mobile parts will be envisaged.

Both projects are part of the line from the center of Prague to Kladno, which is divided into several sections. It is currently the only one on the Negrelli Viaduct. At the beginning of October, the Railway Administration announced a competition for the construction of the section from Kladno to Kladno Ostrovce. The new connection is to be electrified, run on two tracks and should allow trains running to the airport and to Kladno to run at ten-minute intervals.

‹ San Marino. The reform on the legal system of the State Advocacy has been approved by the Interior Commission › The nice shot of Deceuninck-Quick Stage: Ilan Van Wilder arrives from DSM – Cycling