FLORENCE – Green light from the Palazzo Vecchio council for the transformation of the former barracks of the Wolves of Tuscany for the largest social residence operation in terms of accommodation and services for residents between the cities of Florence and Scandicci.

Approved the detailed piano presented by the city planning councilor Cecilia Del Re with a variation to the structural plan and the urban planning regulation, which is now being examined by the City Council.

I Lupi di Toscana becomes a new neighborhood with 70% of social housing destined for 36 thousand square meters, of which over 2 thousand for residential construction.

After the adoption phase which took place last March, Eight comments were received, of which only a part deemed acceptable.

Between the two phases there was also the admission of the project to the Pinqua funding, with the inclusion in the Top 13 reported by the jury of technicians as deserving, and the React funding of approximately 2 million euros for the green part 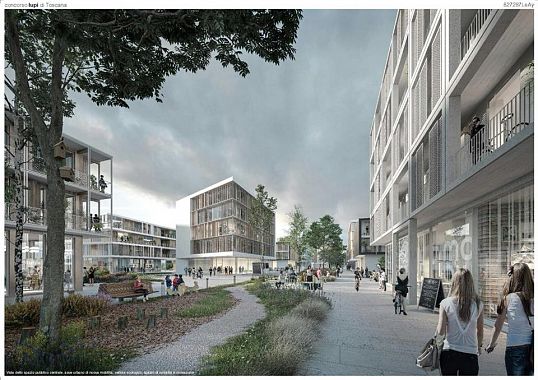 For the first time, the municipal administration is anticipating the urbanization works building the road axis connecting Nenni – Torregalli (first lot already built, second lot in planning), while it is proceeding to contract out parking next to the tramway and the green area of ​​San Lorenzo in Greve with React funds.

“A historic transformation that will allow us to give an unprecedented response to the housing emergency – said Mayor Dario Nardella -. The former Lupi di Toscana barracks is finally undergoing a recovery and redevelopment intervention for a profound rebirth of an important piece of the city, which is added to the recovery plans for Manifattura Tabacchi, ‘buco Belfiore’, Santa Maria Novella and Sant ‘ Orsola. A project based on a post-Covid vision of the city, based on sustainability and the centrality of open spaces that will become the engine of urban development and mending for the entire southwest quadrant of the metropolitan city “.

“After the phase of adoption of the detailed plan we now arrive at the approval phase – said the commissioner Del Re -, and in recent months we have worked to find the necessary funding to then give legs and implement the plan. We applied for the Pinqua call for about 30 million euros and then we were awarded the React funding for the green parts. An entirely public intervention on a publicly owned barracks, with which we wanted to give a priority response to the issue of housing emergency, because we are called to do so on publicly owned buildings, and we will also do it in Santa Maria Novella. Hand in hand with planning, it is also necessary to be active in finding the necessary resources, as we did between the adoption and approval phases “. 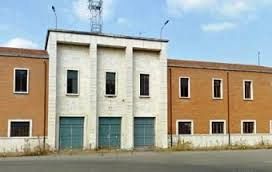 The plan has as its design reference the winning solution of the 2018 international competition of ideas and is based on the creation of a large central cycle-pedestrian public space connecting viale Nenni and via di Scandicci around which all the functions of the contemporary city are organized.

The bankruptcy procedure, carried out between 2016 and 2018, was handled by the municipal administration as the owner of the real estate complex with the economic contribution of the State Property. The winning project was developed by Paolo Luigi Poloni group leader, with Federico Ghirardelli and Massimiliano Saracino. The administration arrived at the competition following the participation process ‘Not houses but cities 2.0’, which saw the involvement of over a thousand citizens in planning the area of ​​the former barracks and in identifying the elements to be taken into account in the transformation.

The main element of the plan is the creation of a large central cycle-pedestrian public space around which all the functions are organized, on the axis between the current T1 Nenni-Torregalli tram stop and the San Giovanni di Dio health complex.

The two polarities will also be connected across an innovative public transport line passing through the central public space and integrated with the circulation of pedestrians, which will function as a transport service for residents and non-residents.

Along the new settlement, a series of public spaces alternate defined as ‘civic rooms’ in close relationship with the adjacent special buildings, and then end towards the south with the ‘Lupi di Toscana’ square. The public space will be characterized by a long continuous but always permeable strip of green with a high rate of naturalness: for this reason, the large linear public space that is the axis of the project will be configured, rather than as an avenue, as a social, green and mobility infrastructure public. Near the junction of Viale Pietro Nenni, most of the tertiary, neo-tertiary and hospitality functions will be concentrated, while along the central axis a system of special buildings will alternate with the system of residences that will gravitate on the squares of the public space. with functions of sociality and urban economy, such as start-ups and co-working spaces, to arrive at the large Piazza Lupi di Toscana on which the three recovered buildings will stand (the former Command Building and the two side buildings) intended for the main cultural and social activities.

Around the settlement system there is a circular road system from which it will be possible to access a capillary system of level parking lots in correspondence with the buildings, as well as the underground parking lots.

In the remaining part of the spaces now occupied by the former barracks, a large public park will be built once the buildings have been demolished. As far as the green system is concerned, the new district will be characterized by ‘green belt’ (22 thousand square meters), an extensive park (56 thousand square meters) and urban gardens (13 thousand square meters). The observation presented by the Municipality of Scandicci on the improvement of connections with the Nenni-Torregalli tram stop was considered partially acceptable.

The Command Building instead it will be recovered to be used for cultural services for an area of ​​2060 square meters, with a music house, auditorium, cinema room, musical and theatrical rehearsal room, multipurpose rooms, library, innovative and creative youth space for artistic and craft activities, space coworking and / or self-management, as well as the creation of new cycle paths.

The project also provides that the west building existing is recovered and destined for an integrated educational center 0-6 (a total of 1070 square meters) for nursery and kindergarten. Finally also the east building existing will be recovered and destined to social and health services, a ‘home of health’, or a structure for the elderly at an intermediate level between life at home and hospitalization in a real RSA, a popular gym, a meeting-meeting-reading room, all with a detachment of a special office of the social services to give greater integration. The area intended for these activities is 1070 square meters of which 400 square meters for services for the elderly (meeting room, gym and multipurpose room).

Serie B, the Cavalieri Legnano host Florence at PalaBorsani

Knights on the parquet of the Pala Borsani to challenge Florence

‹ Video: If you want to visit the Salzburg Christmas Market, you have to hurry › Disciples: Liberation, completely localized into Russian, has been released