Velvet Illumination: A satirical procession of masks passed through Prague

The motto of this year’s parade is “The Power of the Midnight”. The symbolism is that in the past, midnight people used to walk the night streets and pay attention to the safety of people from fires. Similarly, the associations that take part in the parade want to fight to live better in today’s society. “Their mission is to watch over the communities and protect it from ourselves, from contempt for the needs of others, from thieves and oppression of the powerless. Because there are many powerless people and power is sick, “the organizers explained their intention. The power of the helpless is also a memory of Václav Havel, who died ten years ago, and that is how he called his famous essay from 1978, which analyzes the then communist regime.

The procession traditionally met around 2 pm in Kampa, from where it set out on a journey through Prague to the Old Town Square. He was accompanied all the time by a band playing merry melodies and at the head was a figure of a symbolic midnight man with a lamp leading the procession. There were a total of six colorful groups, and each pointed out something different.

A mother who can handle everything

Right after midnight, people could hear short sentences from the speaker like, “He’s finally asleep,” “Don’t take her shovel,” or “I’m going crazy about you.” “That’s exactly what moms say,” one passerby remarked. They were coming from the area the five-armed Madonna, which symbolized a mother who could handle everything. For example, she had a brush, a telephone, a pacifier, or a children’s book in her hands. Other mothers in masks also ran around her, dusting onlookers.

Whoever waited for a while, a completely different part of the procession came to him, where, for example, a megaphone sounded a warning that a million tons of biowaste would end up in landfills in the Czech Republic every year. The people in masks carried a model of Mount Říp made of cans, paper boxes and other waste. He should point out that the Czechia excels in Europe with a number of landfills and politicians have postponed the ban on landfilling recyclable and biodegradable and energy-usable waste until 2030. The slogan “Best in waste” or “Waste: National treasure” was heard here.

The parade was full of symbolic depictions of themes that moved companies. The animal rights activists set out with an ark from which the heads of farm animals peeked out. However, according to them, their ark, unlike the biblical one, does not symbolize salvation, but the catastrophe that the animal industry brings to the environment.

Young people want to be heard

The parade was attended by several groups of young people. The pupils of the Eliška Krásnohorská grammar school, in pajamas, with children’s masks and rattles or rattles in their hands, ran in it. They also carried a large symbolic ear. He wanted to point out that the young generation does not listen much. “In the eyes of decision-makers, we are just angry babies who don’t understand anything and opinions don’t matter,” students say. That’s why they also handed out leaflets with the short message “Maybe we’re just young ears, but we still have our lives, our worries, our opinions, our voices – all we have to do is clean our ears and listen.”

The issue of young people was also raised in the procession by the organization Muse for Children, which focuses on children from children’s homes, who also went to the procession.. They pointed out that the state was not able to abolish children’s institutional care. The association focused on helping children move from homes to normal life, and this was symbolized in the parade by large scissors. “I use scissors to free people from puppets.” said one of the participants in the parade. The association thus symbolically frees children from institutional care and helps them return to a normal life. The voice of the young generation was also heard from a group from the Zárubov primary school, the pupils wanted to draw attention to the ecological catastrophe caused by the extraction of palm oil. That’s why they came in costumes that resembled palm trees. Their motto was “Who decides that another monkey will die when palm oil tastes so great?”. 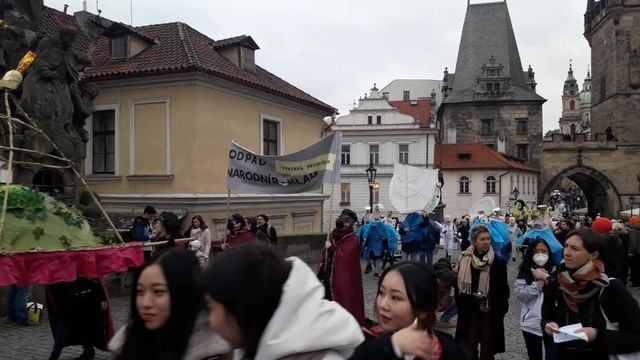 The satirical carnival procession Velvet Illumination took place on November 17, 2021 in Prague on the occasion of the Day of the Struggle for Freedom and Democracy. CNC / Jan Zázvorka 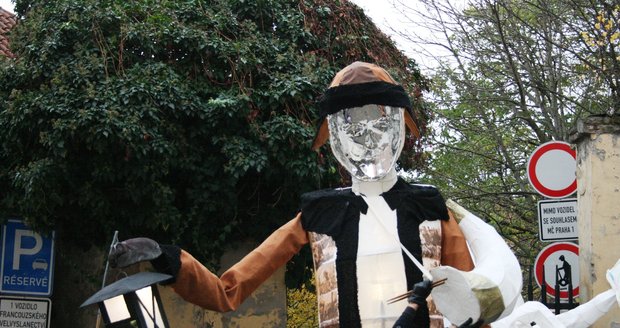 The satirical carnival procession Velvet Illumination took place on November 17, 2021 in Prague on the occasion of the Day of the Struggle for Freedom and Democracy.

Transfers in TELH: Big returns and three departures to the NHL, Kladno continues to excite | Hokej.cz

We only film what has happened or can happen, says the director of the documentary about Prague’s nature — ČT24 — Czech Television