Charlene of Monaco: exhausted, the princess will not participate in the Monegasque national holiday

Since her return from South Africa, where she had undergone several surgeries, Princess Charlene of Monaco has reportedly suffered “from a state of deep general fatigue”, and thus will not be able to participate in the Monaco national holiday on Friday, said Tuesday the Palace in a statement.

After a “medical journey (…) very tested in recent months”, Prince Albert and Princess Charlene “agreed together that a period of calm and rest was necessary for the good recovery of the health of Princess Charlene” , is it indicated.

The 43-year-old wife of Prince Albert of Monaco returned to the Principality on November 8 after spending many months in her country of birth, South Africa, where, on a mission for her foundation, she had to undergo several surgeries due to a severe ENT infection. This infection would be linked to an operation undergone in early May, before his departure for South Africa, of an elevation of the sinuses and a bone graft for the installation of dental implants.

After a first hospitalization to calm her pains, the Princess would have undergone a surgical operation in mid-August before being hospitalized urgently in September because of complications related to “the serious infection of the ear, nose and the throat she contracted in May, ”her foundation said in a statement.

On October 8, the princess would have again undergone a surgical operation under general anesthesia. A source from the palace had told AFP that this operation had “gone very well” and that it was “the last of the operations she had to undergo following her ENT infection”. Forbidden to fly by plane because of pressure changes which could be detrimental to her health, the princess was then allowed to take a plane to return to the Rock for “a reunion filled with joy and emotion”, had indicated the Prince’s Palace, by sharing photos of Princess Charlene alongside her husband, Prince Albert II, and their two children, Gabriella and Jacques. 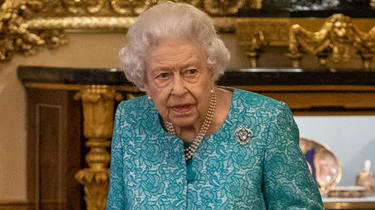 Information on the recovery of the princess will be communicated “these weeks and before the Christmas holidays”, according to the statement.

Charlène, flamboyant on Larvotto beach for the return of “Water Safety Day”

‹ Airbus unveils its first vegan helicopter › GGD system overloaded, it is not possible to make a test appointment in Amsterdam