The celebrations on November 17 in Brno will mainly be online

Every year on November 17, we commemorate two important moments – the Velvet Revolution of 1989 and the events of November 1939, when demonstrations against Nazism after the killing of student Jan Opletal became a pretext for the closure of universities.

The management of the city of Brno will commemorate the events in the morning at the TGM statue on Comenius Square and at the resistance memorial on Rooseveltova Street.

The organizers of the Brno Seventeenth Festival had to deal with a number of pandemic measures this year, which is why they transferred most of the celebration program to the online space. “We have placed a number of archives on the brnensky17.cz website, thanks to which the participants of the online celebrations will remember or find out how the Velvet Revolution took place in Brno day after day,“Reveals festival coordinator Stanislav Čaban. 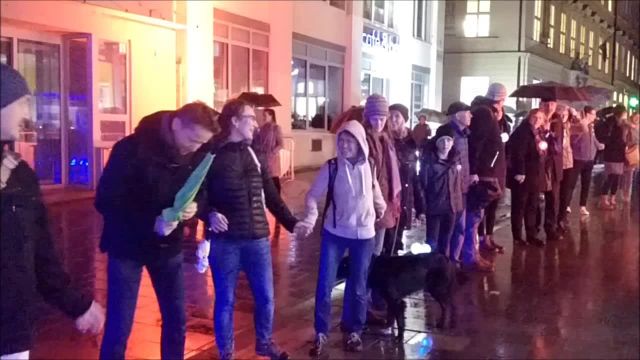 Two years ago, November 17 was not celebrated online in Brno, this year it will be different. Markéta Malá

There is also a film documentary or a dictionary with forgotten expressions from socialism on the web. “An interactive map is related to the Brno velvet events, in which, in addition to the places in Brno in November, there will also be a route along which a chain of hands led from the center to the Bohunice prison on November 26, 1989., “Says Čaban. There will also be personal stories of people from the Velvet Revolution on the web.

The song Prayer for Marta and conversations about life under socialism will be heard on the air of Studio Brněnský sedmnáctý. “We would like to invite the public to light candles by the plague column on Svobody Square, to visit the November places. However, in the case of walking and lighting candles, we ask for compliance with all current government measures and safety distances, “concludes the coordinator.

Brno’s effort: he wants a direct train to Vienna Airport in an hour and a half

She pulled out a wheelchair knife and got 4.5 years in court

Exhibitions and e-sports. With the new boss, the Brno trade fairs will open up to more events

‹ Better green management in Prague. All data now in one place › Why is Zlatan Ibrahimović suspended for Sweden’s playoff semifinals?