November 17 in Prague: Concerts, demonstrations and reverential events are planned

The events of November 17, 1989, which led to the fall of the communist regime in Czechoslovakia, will be commemorated by politicians and university rectors at the monument on Národní třída. Representatives of the Pirates, the Spolem coalition (ODS, KDU-ČSL and TOP 09), STAN, CSSD or the Senate should arrive there. The program of the prime minister in the resignation of Andrej Babiš (YES) is not yet known, President Milos Zeman is at the Central Military Hospital due to illness. SPD chairman Tomio Okamura will take part in a reverential memory of the 1939 Nazi victims in the Barracks on November 17 in Ruzyně. The head of the ODS and the probable future prime minister Petr Fiala will then have lunch in Mánes with dissidents and personalities of the post-November days.

There will be a student celebration on Národní třída throughout the day, which is traditionally organized by the Thanks Thank You Association. The celebration will offer street exhibitions, lighting installations and debates. Symbolically at 17:11 the Prayer for Marta will be performed by Jana Kirschner and more than 40 important buildings in the country are colored in Czech national colors. The anti-Nazi and anti-communist resistance fighters will receive the Nation’s Memory Prizes at the National Theater in the evening at the National Theater.

Remembrance events will also take place in front of the Hlávka dormitory in Prague, as a reminder of the victims of the Nazi persecution of Czechoslovak university students on November 17, 1939. In addition to representatives of universities and the Czech Union of Freedom Fighters, former President Vaclav Klaus is also preparing for the site. The traditional act of reverence in Žitná Street will be followed. At noon, the university students move to a celebration in Albertov, from where a student procession to the center of Prague came out 32 years ago.

The satirical carnival procession Velvet Enlightenment, which will set out from Kampa in Prague via Národní třída and Staroměstské náměstí to the Hybernská Campus, should bring joy and critical insight to the celebrations. In the meantime, a debate on the future of the Czech Republic in the EU will take place on Wenceslas Square, and a Concert for the Future will begin later. Its organizers from the non-profit organization Nerudný fest dedicate this year to the memory of President Václav Havel, whose death expires in December ten years. Other concerts on the occasion of the Day of the Struggle for Freedom and Democracy and the International Student Day will be at the Bethlehem Chapel or the Rudolfinum. Havel will also be reminded of the procession that will leave Hradčanské náměstí towards the Slavia café.

More on current topics will focus on two demonstrations in the Old Town Square. The Million Moments Association was the first to announce that in January 2023 there will be an election of the president. According to the association’s representatives, the strength of civil society will decide whether a populist or an extremist will become Miloš Zeman’s successor. This rally will later be replaced by a protest by the Open Czech-Wanted PES movement and dozens of other groups against measures against the covid-19 epidemic.

The Left Party is also preparing a protest on the holiday, against the right-wing government. From the demonstration on Republic Square, its participants will march on the center of Prague towards Malostranské Square.

People outside Prague will also commemorate the anniversary. For example, in Brno, the tones of songwriters from the time of the revolutionary days will be heard at the Brno Seventeenth Festival. In addition to Freedom Square, students are planning celebrations at four other locations in the Moravian metropolis. Remembrance events will take place in other cities across the country. 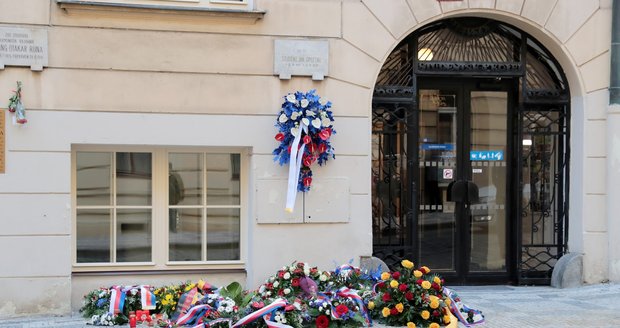 On Wednesday, the Czechia will commemorate the anniversary of November 17 in the streets again

Markets on náměstí Míru: Prague 2 buys goods and gives them to employees

‹ Economy Minister does not believe Portugal will close again due to covid-19 › The miracle agency: the feel good novel!