By Kishan Vaghela for Mailonline

Zlatan Ibrahimovic will miss the first round of Sweden’s World Cup qualifiers in March by suspension after brutally lowering Spanish defender Cesar Azpilicueta with a shoulder charge in the team’s 1-0 loss in Sevilla.

Alvaro Morata came off the bench for the hosts to win a winner in the 86th minute at a tense La Cartuja and ensure La Roja’s automatic qualification for next year’s World Cup in Qatar.

The top spot in group B was a lot to grab before kick-off and Sweden boss Janne Andersson would have hoped for a similar impact from Ibrahimovic when he sent him on 0-0 as his counterpart Luis Enrique saw from Morata. 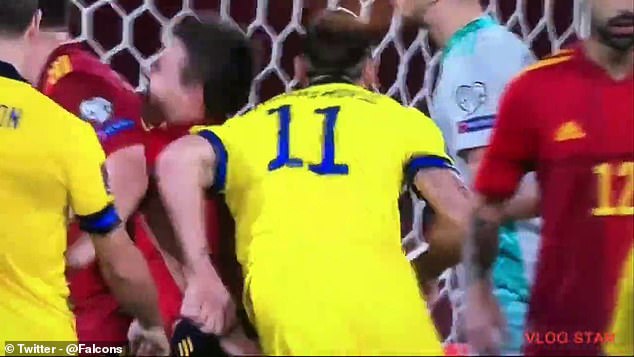 But the 40-year-old failed to make any impact on the result line after being introduced in the 73rd minute, but definitely left his mark on veteran defender Azpilicueta with just a few minutes left.

When a corner was swung in from the left, the AC Milan striker took no prisoners when his shoulder slammed into the back of the 32-year-old Chelsea captain.

Azpilicueta immediately hit the floor with some pain, and after turning the Swedish striker soon followed, even though he did not have the same pain at all.

The Spanish veteran Sergio Busquets – a teammate of Ibrahimovic in Barcelona during the 2009-10 season – led a complaint against referee Felix Brych, and the Swede seemed to avoid punishment on the pitch. 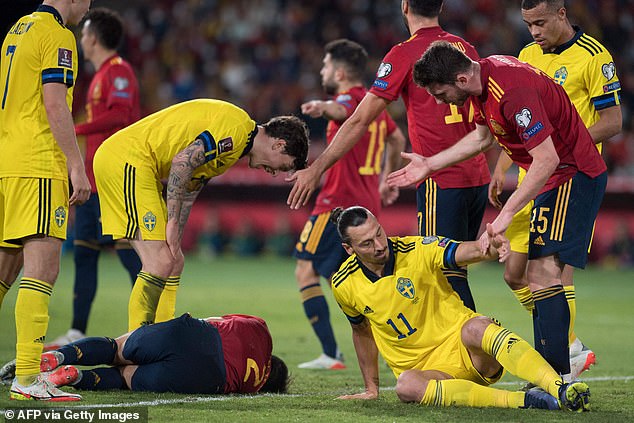 But reports in Norway confirm Ibrahimovic received a warning from the referee even though none of the TV cameras caught him when he received the yellow card.

The report adds that in UEFA’s official match report, Ibrahimovic has a booking, and as this is his second qualifier in the qualifiers, the rules say he is now set to miss the first match of the qualifier in March.

Azpilicueta meanwhile went to Twitter after the match to confirm that no injury had occurred.

In response to a GIF on social media showing the incident, the defender posted a picture of himself smiling with the text “everything is fine hear”, which will come as a relief to Thomas Tuchel and his Stamford Bridge employers before the Premier League restarts this. weekend.

Spain, meanwhile, were securing passage to the group stage of next year’s Winter World Cup when Morata scored with four minutes left in Sevilla. 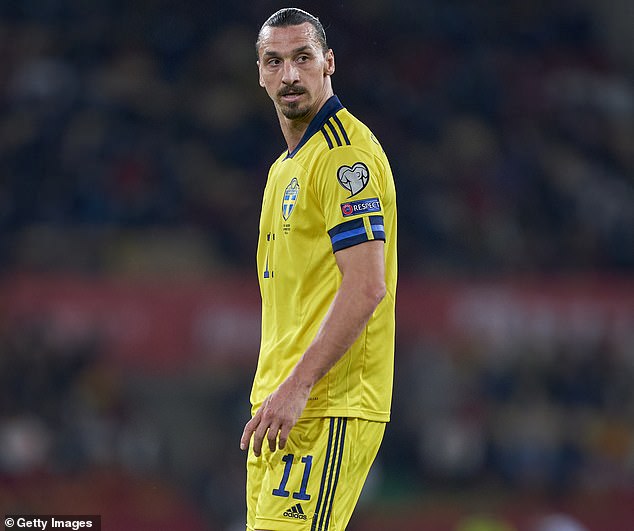 And manager Enrique claimed that he felt more pressure during Spain’s World Cup qualifying campaign than at the European Championships 2020 or the later stages of the Nations League.

“I have taken off a 100 kilo backpack,” he said via Mundo Deportivo. “I have felt more pressure in this qualifying phase than in the European Championships or the” Final Four “in the Nations League.

“I have taken a lot of weight off my shoulders. I am focused on having a good World Cup and I know that if a coach does not win, he gets criticism.

“This is how this wonderful football circus can be and I accept it.”

‹ San Marino. In commission the “mystery” of the video published by Carisp and then disappeared › San Marino. Resignation behind the thicket