Film from the South: President | Exclamation 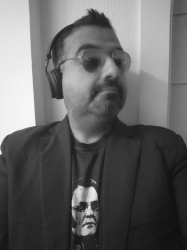 Zimbabwe stands at a crossroads. In the first parliamentary elections since the overthrow of Robert Mugabe, the new opposition leader Nelson Chamisa challenged the corrupt legacy of the dictator and
the successor Emerson “The Crocodile” Mnangagwa. The choice will put both sides to the test. How they interpret the principles of democracy, and whether they can gain the trust of the population, rebuild faith in the country’s institutions and avoid resorting to violence, will determine what course the country takes in the future.

President is a shocking and epic reminder that while one may have different slogans and goals, the struggle for democracy is relevant worldwide.

Camilla Nielsson (b. 1977) is an award-winning independent filmmaker based in Copenhagen. Her work spans geography and themes: from the trilogy of child rights with Good morning Afghanistan (2003), Durga (2004) and Darfur’s children (2006), to bureaucracy and traffic planning in the comedy Mumbai interrupted (2009). Her first documentary, Democrats (2014), received more than 25 international awards and nominations. Chairman (2021) had its world premiere at the Sundance Film Festival, where it won the World Cinema Documentary Special Jury Award for Vérité Filmmaking.

– Many things are unfamiliar and a little unknown – E24