The breeders gave the gorilla stars a good birthday party at the Prague Zoo. At three o’clock in the pavilion, they had prepared several tubes crammed with goodies in the pavilion. “We usually use enrichment for birthdays, which is such enrichment. Gorillas spend a lot of time in the wild looking for food, then looking for it and then consuming and spending it for quite some time. Here they have everything served under their noses, so enrichment is done so that the animals are entertained and not bored, “explained the chief private breeder Martin Vojáček, who has been taking care of the animals in the Prague Zoo for 12 years.

The so-called The zoo uses enrichment every day, but the breeders have prepared only one novelty for Richard’s birthday. “They were given fresh coconuts, which they are not used to. They had to figure out what to do with them to get to them, “Said Vojáček.

Richard’s coconuts tasted good – a muscular alpha male with a characteristic silver back soon found out how to handle them. They also enjoyed the grasses and other delicacies that he thoughtfully put in his mouth.

The birthday cake was missing in the pavilion, but according to Vojáček, for good reason. “The symbolic cake ends up being eaten by a dominant animal, in this case Richard. If that happened, I might have digestive problems. At the same time, animals do not humanize, so we create enrichment in a natural wayhe explained. Over two thousand people came to wish Richard, and a long line stood in the gorilla pavilion around four o’clock.

Richard celebrated his thirtieth birthday on November 9. He was born in 1991 in Frankfurt am Main, but from there traveled to Paignton, England. And on November 4, 2003, at the age of 12, he got to the Prague Zoo, where he immediately became the number one celebrity.

“although his vastness and penetrating gaze inspire respect, Richard is, like other dominant males, at times a bit of a ghost. He doesn’t like news and prefers to leave the research of others, “Describes its nature on its website Prague Zoo. “She is conservative. But in 12 years he has been following a big shift, he is the right leader of the group and he is more confident, “added Vojáček. 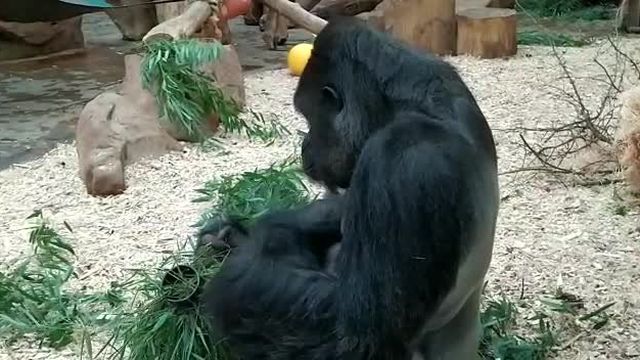 The male gorilla Richard from the Prague Zoo celebrated his 30th birthday on November 9, 2021. He received presents a few days later. Prague ZOO

Richard is also the father of all cubs born in Prague. “He is a great and patient father, sometimes he even plays with his own offspring,” the zoo writes about him.

However, Richard is not the only celebrant to have fun at the Prague Zoo on Saturday. Orangutans also received goodies – the little orangutan Kawi will celebrate her first birthday on November 17th. “He was born in a lockdown, so they had to wait quite a while before they could see him live. It’s interesting how genetically valuable it is to us. His father Pagi is number one in orangutan breeding in Europe, he is the most genetically valuable male in Europe., therefore, Kawi’s value in future breeding is huge, “Vojáček explained. According to him, Kawi is doing great – his mother takes good care of him. “Everything is as if in nature. His baby teeth are growing and he is starting to taste the first feeding, “the breeder described.

Unlike the gorilla pavilion, however, they met on Saturday to get the orangutans. “There is a reconstruction and preparation for the import of legumes, which will arrive at the Prague Zoo from Taiwan in the spring,” said Vojáček. 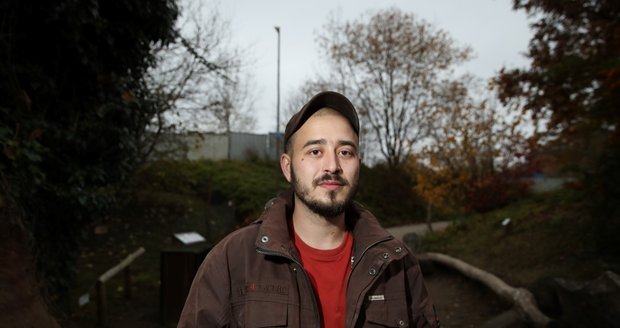 esk children are happy, hard research. According to the Moravians, Prague is to blame

Advent Calendar Live Nation for STAR will offer tickets to the world of the stars! | lnky

‹ Montreal, Budapest: Lyon-Saint Exupéry expands its post-pandemic network for the end-of-year celebrations › Very strong words to the president of Legia Warsaw: Someone is cheating you! Football