Election 2022: TOTAL coalition in Prague? The presidents are in favor

Logical and reasonable. This is what the chairmen of the Prague cells ODS, TOP 09 and KDU-ČSL are talking about a possible pre-election coalition. There is nothing to be surprised about. although the triad coalition was not predicted victory from larger public polls, the sum of voting votes on October 9, with less than 28%, brought her to the head of the Chamber of Deputies.

In the capital, this dominance was even more pronounced. The Prague trio supports 40% of the vote, which is almost double what the other Pirates + STAN had. Suddenly, there is already speculation that the three-party coalition could ride the winning wave if it lasts until the municipal elections. They should take place in the autumn. The chairmen of the regional association of the three-party coalition made it clear to Blesk that speculation about cooperation was not unfounded. On the contrary.

Jurečka for Blesk: Historical success of the People’s Party! Did he pity Hamáček, dig into Babiš and be the Minister of Agriculture? Jaroslav Simacek, Lukas Cerveny

He hurried: It would be a sin

Jiří Pospíšil, chairman of Prague’s TOP 09, confirmed the probability of the coalition. “I think he would sin and disrespect for the opinion of voters if, after the great victory of the TOTAL coalition here in Prague, we did not hear their will and did not try to create a coalition TOP 09, ODS and KDU-ČSL for municipal elections, “Said Pospíšil, who has been leading the United Forces for Prague project for the third year in a row (TOP 09, STAN, KDU-ČSL, LES and SNK ED). At the same time, he is part of the municipal coalition together with Prague and the Pirates.

At the same time, it is with the Pirates that the representatives of the United Forces reach various points about many quarrels and quarrelswhich Pospíšil was aware of. “Prague did not only vote against Andrej Babiš, but we also significantly defeated the Pirates. The people of Prague thus made it clear that they wanted right-wing solutions and that they wanted to provide them with this solution, “thinks Pospíšil, who would also prevent the continuation of the United Forces project. “But it is honorable to admit that we are much closer to the ODS programmatically than to the STAN movement,” he added.

Benda: We want to act

Marek Benda, a long-standing deputy who is also in favor of possible cooperation, is also in favor at the beginning of November, the mayor of Prague 9, Tomáš Portlík, replaced the Prague ODS. “In my speech at the regional assembly of the Prague ODS, I made it clear that I consider the election result with more than 40% to be a huge commitment, “He told Blesk. “People wanted to vote for a moderate and agreementable right. I would consider it unforgivable if I didn’t try to use this space. I definitely want to negotiate with partners from TOP 09 and KDU-ČSL about the possibility of standing as a candidate TOTAL for the Prague elections. “

However, the political matador will not rush into them. “I personally see my role in the House and I do not intend to run for the capital council“Benda said. “I would like to help create an agreement between the TOTAL parties in Prague, build a strong candidate and clearly win the election. Prague is far from using the potential it has today. Its priority must be that it is necessary to start managing our capital again in cooperation with the representatives of the city districts – this is the overall impression of the Prague City Council. It must pull together, communicate with the city districts and enable the development of the city, “Encounters the frequent disunity of the ruling coalition.

Together with Pospíšil, they agree on burning transport. “Unfortunately, the current coalition has not moved much, “Says Pospíšil. “There are still large debts for investment in transport infrastructure, the problem with parking has not been solved, a bonus has not been introduced for Praguers who want to park other districts than their place of residence, and the reconstructions that took place were chaotic due to the absence of a coordinator.”

Benda talks about similar problems: “with the completion of the ring road, starting with the rationality of repairs to urban roads, metro D, non – bullying of small tradesmen, enabling new housing construction up to current waste collection, “Lists the problems that should be addressed as a matter of priority.

Third to the party: KDU-ČSL or STAN?

Both Benda and Pospíšil support cooperation with KDU-ČSL, which has a municipal level of a single representative. Its regional chairman, Vít Šolle, said that such cooperation would work made sense. “The support for TOTAL was great in the capital, so I can imagine this cooperation. I can say for myself that it would be logical and reasonable decision, which, however, must now be addressed at the level of the regional committee and the presidency, “he said, adding that it was too early to set any priorities.

“Our cooperation with STAN has been a number of things positive. Human it works, but I realize that STAN is now pulling more down and towards the Pirates. I never hid it from me coalition with left-wing actors – Pirates and Prague themselves – it was just a way to wean the Babišov movement YES from power in Prague. Personally, therefore, I prefer the pre-election connection with the ODS and KDU-ČSL, which is more natural in terms of programming, “Pospíšil said, adding that in cooperation with STAN, possibly with Prague

The chairman of the Prague STAN, Petr Hlubuček, told Blesk that the questions about the elections, which will take place a year later, are a little hasty. “What will happen, and how it will be in a year, is still premature. We have a number of unfinished tasks ahead of us, “he said when asked about a possible coalition with the Pirates.

The other side of the barricade

They have already provided themselves with the mayor of Hřiby to change the leadership of the Prague ODS. “Congratulations to Mark Bend and we promise to do our best against a return to the Middle Ages. I’m glad it’s Prague The ODS is no longer hiding its extremely conservative approach, “Wrote Zdeděk Hřib on his twitter account, thus clearly defining himself against possible cooperation between the Pirates and the ODS.

The Prague ODS has elected a chairman who wants to ban divorce. Congratulations to Mark Bend and we promise to do our utmost to return to the Middle Ages. I am glad that the Prague ODS is no longer hiding its extremely conservative direction. https://t.co/blWMjczmLN

With the exception of YES, against which the other parties win in terms of cooperation, the coalition Prague Sobě remains at the Prague City Hall. “We, ie Prague to ourselves, would very much like to change Prague for the better after the next elections reliable partnerwho professes values ​​that should be shared by all decent people. Such a partner can be liberal and conservative,” The President of Prague, Jan Čižinský, told himself on his Facebook page.

However, he added with one breath that “For a number of very specific reasons, the Prague ODS is a partner with us, with whom we can hardly imagine cooperationdespite its new leadership. “Her the coalition potential has certainly not improved in our eyes,Concludes on the grounds that the ODS’s attitude towards gambling, privatizations or the socially weaker is detrimental to Prague. 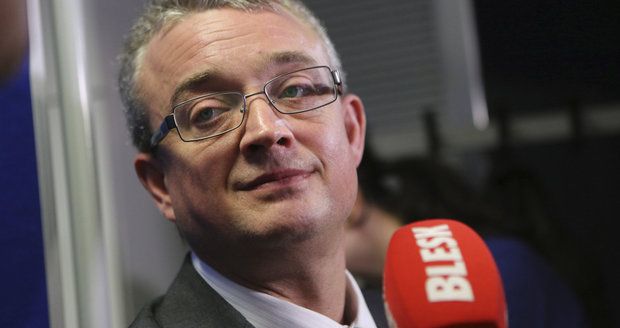 Long-term MP Marek Benda (ODS) has been the head of the Prague ODS since 2021.

Johnová (Prague to herself): The financing of social services is still not a mandatory state expenditure

The collection points in Prague may be expanding, and they are still managing the interest in testing. Vaccination centers will also be added

‹ annecy. Noah Preszow in the light › 11 places in Budapest, where the city’s most crunchy bagels quench your appetite