If you think that Croatian football began after the breakup of Yugoslavia in 1991, you are wrong. This game appeared in Croatia almost a century and a half ago, and its history is part of the country’s history. The last hours before the decisive match between the national teams of Croatia and Russia is the best moment to learn the history of Croatian football.

Part 1. From the first strike to the First World War

In 1873, the British, who came to Rijeka to build a factory, at the initiative of engineer Robert Whitehead, played their first match on the territory of present-day Croatia. Although the city where the game took place was then part of Italy, the Croats consider this fact to be their football history. In Rijeka, there is even a commemorative plaque at the site of that very match.

In 1887, the British fleet anchored in the port of Zadar, where the British sailors held another public match in the presence of the English Duke of Edinburgh, Queen Victoria’s son, and local spectators. It’s funny that the Croats did not quite understand the entertainment of the newcomers: “These Englishmen are strange people. Adults, but they play ball like children. ” In the 1890s, the writer Franjo Buchar wrote a lot about playing with the ball, in particular, he was also involved in the appearance in the Croatian language of the word nogomet, which means “football”.

The first edition of the Laws of the Game in Croatian was published in 1896 in Zagreb. While compiling the collection, Dr. Milovan Zoricic asked the Football Association for professional help. The first clubs began to appear in the new century: in 1903, two were created at once – PNISHK (First Football and Sports Club) and HASHK (Croatian Academic and Sports Club).

In 1907, the players of both teams went to Prague to play a friendly match with Slavia. The players played in two matches, entering the field under the national flag of the Kingdom of Croatia, Slavonia and Dalmatia (it was part of the Hungarian part of Austria-Hungary). The first game ended with a score of 15: 0, and the second with an even more devastating score – 20: 0.

Four years later, two more clubs appeared on the territory of the Kingdom – “Hajduk” and “HSK Gradzhanski”. In 1912, Croatian football acquired an official governing body – the Croatian Football Union – but the development was hampered by the First World War, which began in 1914.

Part 2. FIFA Membership and Boycott of the First World Cup

After the First World War, the Croatian lands, together with the Bosnian and Slovenian ones, were united into the Kingdom of Serbs, Croats and Slovenes. In April 1919, the first constituent assembly of the football community of the new country was held, which was supposed to regulate the development of football not only within the newly-made state, but also outside it. It took the body two years to be recognized by the world community: first, it received the temporary status of a member of FIFA, and in 1923 it was already permanent.

At the same time, the first official championship was held, but not in the most usual for national national formats – medals were played according to the cup system, starting with the quarterfinals. Since 1927, the league system was introduced, and in the 1931/1932 season they began to play according to the autumn-spring system. The composition of the participants in each season changed from 5 to 12, but one thing remained unchanged: for 17 years (until 1940) only clubs from Croatian lands became champions.

In January 1929, King Alexander I Karageorgievich published a manifesto that established his dictatorship. In September of the same year, a military coup took place, as a result of which the country was renamed the Kingdom of Yugoslavia. The state was divided into banovins – provinces that did not correspond to the territories of settlement of the country’s nationalities. This was done in order to avoid interethnic conflicts, but only angered minorities.

The day after the publication of the manifesto of Alexander I, the Ustasha movement forms on the territory of Italy: in many ways their views echoed the ideas of Benito Mussolini, with only one difference – hatred of the Serbs was added to everything else. 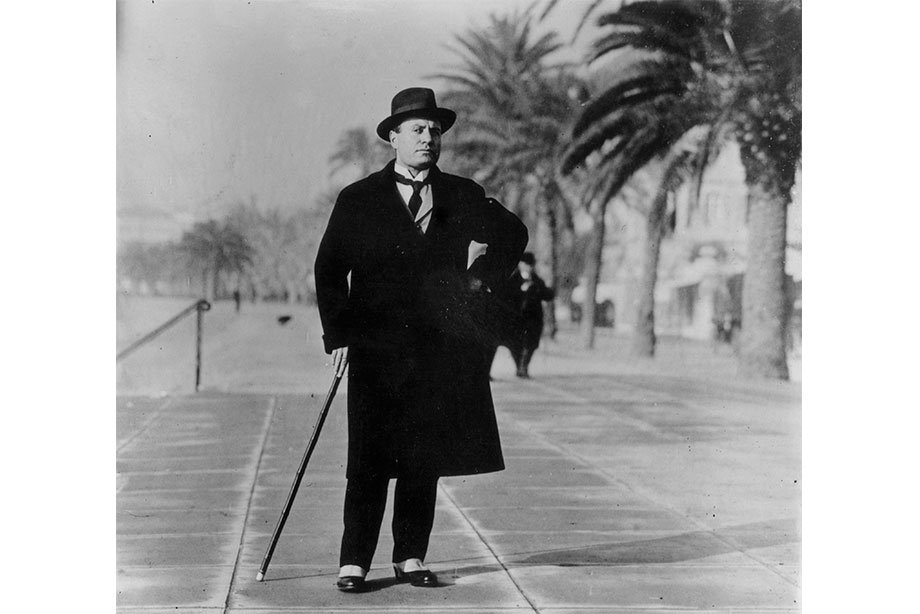 In 1934, it was the Ustash who would take part in the assassinations of the ruler of the Kingdom of Yugoslavia in April 1941, proclaim their state, which will even have its own football team. But more on that later.

When in 1930 the headquarters of the Football Community of Yugoslavia was moved from Zagreb to Belgrade, the Croats protested: they did not like this decision of the authorities so much that the players of the national team refused to go to the World Cup in Uruguay. As a result, Yugoslavia is represented by only Serbs – the team took fourth place.

At the same time, Croatian clubs were more successful on the world stage: they beat Liverpool, Inter and Juventus, participated in international tournaments – and they really did not like the neighborhood with the Serbs in the same league.

Part 3. Croatian Banovina and the Independent State of Croatia

In 1939, after six months of negotiations between the Prime Minister of the Kingdom of Yugoslavia Dragisz Cvetkovic and the chairman of the Croatian Peasants’ Party Vladko Machek, an agreement was created according to which an autonomous Croatian Banovina was created. Included are the territories of modern Croatia. Autonomy was created in order to resolve the growing tension between Croats and Serbs, but this decision failed to suppress the growth of Croatian separatism.

This also affected football: Croats and Slovenes separated from the Yugoslav league and united into their own – Croatian-Slovenian. At the same time, some clubs continued to play in the championship of Yugoslavia: for example, “Grazhdanski” became the champion twice – in two different tournaments.

After the outbreak of World War II, the Yugoslavian championship was suspended. The kingdom declared its neutrality, but still began to build up military equipment and strengthen the army. On November 28, 1940, Germany proposed to Yugoslavia to conclude a non-aggression pact, and a month later – to join the Triple Pact. The Yugoslav Prime Minister eventually accepted this proposal: in March 1941, Cvetkovic signed the corresponding protocol in Vienna. A month later, Yugoslavia was captured. 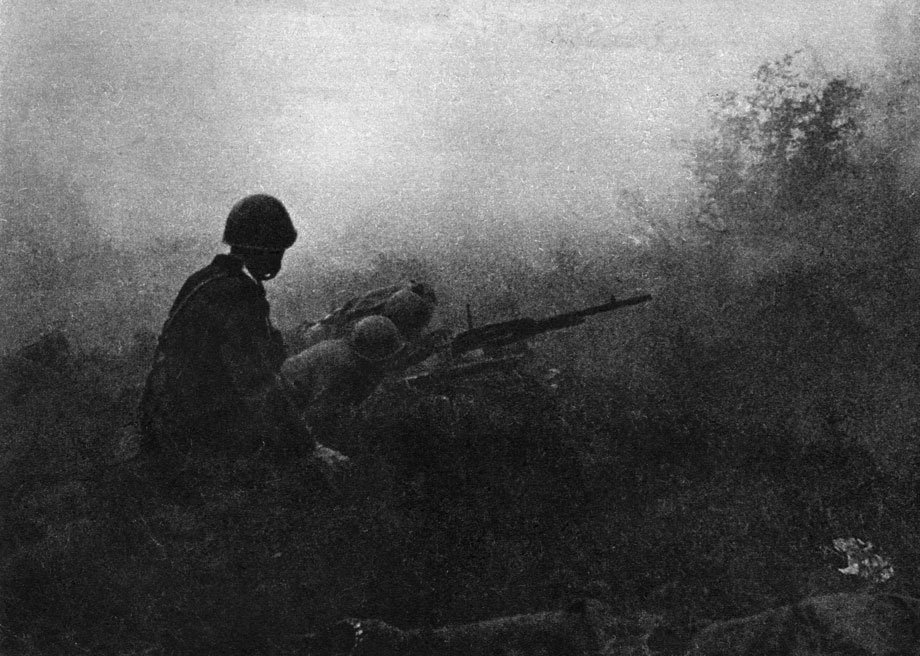 The Nazis brought the Ustasha to power – we have already spoken about them above. They proclaimed the creation of the Independent State of Croatia. The NGH was a puppet in the hands of Berlin and Rome – Germany and Italy equally divided the spheres of influence on its territory. Inside, a cruel terror unfolded, aimed at the destruction of Orthodox Serbs: according to various estimates, from 330 thousand to 1.2 million people died in the concentration camps of the NGKh.

At the same time, football continued: instead of the Croatian Banovina championship, they organized the NGH championship, in which all the same clubs took part – “Hajduk” from Osijek, “Grazhdanski”, “HASHK”, “Concordia”. The 1944 championship was held for the last time each year. And they could not finish playing because of the events on the fronts of the world war.

The national team for several years of the existence of the NGH also gathered – it included the players of the former national team of the Croatian Banovina. The team was even officially recognized by FIFA! We played mainly with Germans, Italians and other national teams from the Axis countries.

After the war, some clubs close to the Ustasha regime, including HASHK, PNSK and Grazhdanski, were disbanded. Instead of them, new teams appeared: for example, Crvena Zvezda, Partizan, Dynamo Zagreb. Yugoslavian football developed rapidly – the Tito government invested in football not only in Serbia and Croatia, but also in Slovenia and Bosnia. This quickly yielded results: at the 1948 Olympics, the multinational Yugoslav national team came in second, and then advanced to the 1950 World Cup.

In the 1980s, geopolitical tensions within Yugoslavia began to build up again, for many reasons. The main ones are instability and economic crisis, against the background of which long-standing interethnic conflicts flared up again. Radicalism came to near football – in the 80s, football stadiums in Yugoslavia were sharply politicized.

This was first shown in 1983 at the match between Partizan and Pristina. Kosovo fans started chanting “E-Ho! Echo! “In support of Enver Hoxha, the Albanian dictator. “The police intervened and Serbian politicians demanded an apology. Around the same time, the post office was destroyed, the power plant was put out of action, ”wrote The New York Times about that match. 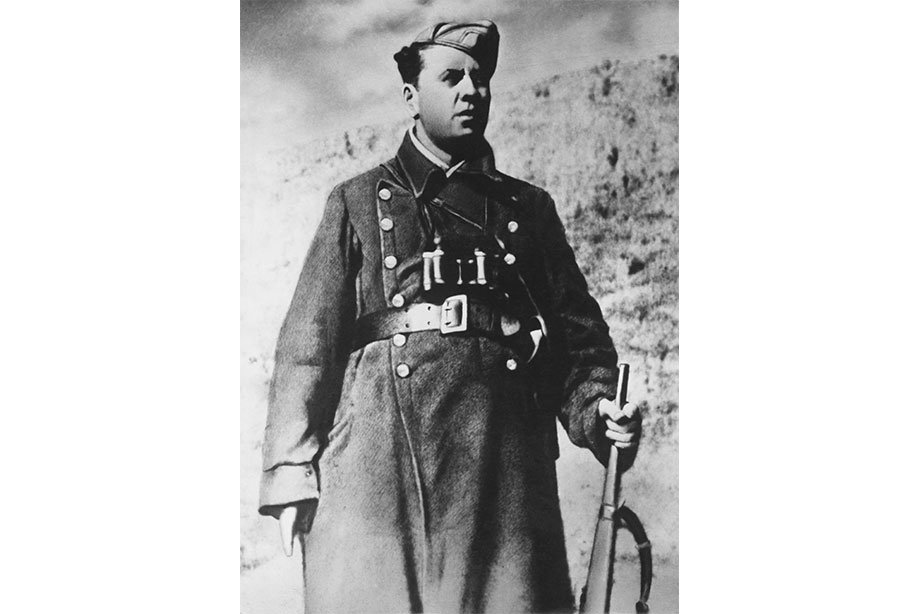 Nationalist sentiment was growing, especially among Croatian fans. In 1986, the Bad Blue Boys group was organized in Zagreb: the guys who join it bring together as much love for football as love for Croatia and thirst for its independence.

“The fun BBB battles on the soccer fields turned into battles on the fields of the War of Independence. The fans weren’t afraid to go and fight. Many died with the Dynamo emblem on their chest, ”the film about Dynamo Zagreb, which was released in the late 90s, said.

Serbia had its own “branch” of aggression – the Delizha fan club. In 1990, both factions met at a cup match in Zagreb – skirmishes had already begun a few hours before the game. Ten minutes after the starting whistle, the meeting was stopped because hell was happening in the stands: Crvena Zvezda fans smashed the billboards that fenced their sector in order to get to the “funds.” Torn-off seats, knives and other items that came to their hand were used.

The police held back the Croats, but they still managed to break into the field, where they began to swing wildly with the Serbs. The bloody lawlessness could not stand the footballer of Zagreb “Dynamo” Zvonimir Boban: he jumped out onto the field shouting “Where are the police ?! Where are the damn police ?! “, And then gave one of the policemen from his knee, beating off a Dynamo fan. 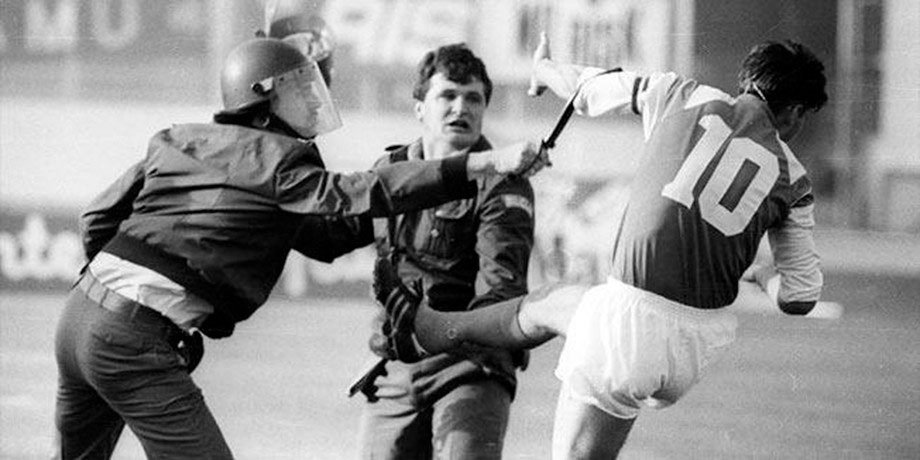 The events at Maksimir, in the opinion of many, marked the beginning of a civil war – we have already written about them in more detail. 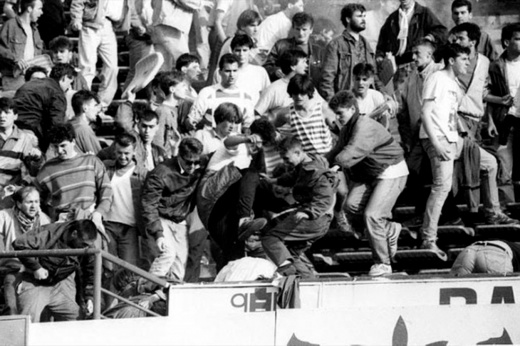 The new season of the Yugoslavian championship began without the participation of Slovenian and Croatian clubs. At the same time, the Croatian footballers made it clear to the coaching staff of the national team that they no longer intend to play for the national team. In an interview with the Spaniards (he moved to Real Madrid that summer), Robert Prosinechki said: “I would have stopped playing for the Yugoslav national team long ago, but I was afraid of my own people for the health and life of my loved ones.” Then he refused his words.

On June 25, 1991, Croatia became an independent independent state, in 1992 – a member of FIFA, a year later – joined UEFA. The national team held their first major tournament in 1996, going to the Euro in England, and since then they have been regularly selected (with the exception of Euro 2000 and World Cup 2010) for the final stage of international competitions.

The incidence of influenza in Russia has returned to the pre-pandemic level: Society: Russia: Lenta.ru