Testing at schools in Prague: The antigenic tests had 1,100 pupils in Prague

All one thousand one hundred students who passed the positive antigen test undergo a subsequent PCR test. The results of the second round are not yet complete, but 140 patients have already been confirmed. Also from an economic point of view, PCR tests are worthwhile. The price of one five times less than one day of nursing care for an isolated patient was introduced at a press conference on Thursday by the head of the Prague hygienists, Zdeňka Jágrová.

“Schools are one of the places where there is a high viral load. The most common disease transmission is currently here, ” says councilor hl. m of Prague for education Vít Šimral (Pirates). Since the spring, Prague has been trying to promote a more accurate PCR method, which does not detect substances arising during the course of the disease itself, but can detect positive asymptomatic individuals at the beginning of the infection. This is also helped by the new technology for collecting viral charges from wastewater. “The direction is clear. We need the government to close schools again, “the councilor adds.

The city wants to test as many students as possible by PCR. Those who are not positive could then go to school. Only schoolchildren with a positive PCR test will be quarantined. According to city officials, this strategy should prevent the worst – a complete lockdown of schools.

The work also facilitates an innovative method of wastewater analysis in schools – the city, in cooperation with the Prague Water Supply and Sewerage, the University of Chemical Technology (ICT) and the city districts of Prague 9 and Lysolaje, tests methods for measuring viral load in wastewater in seven schools. In the wastewater, so-called samplers are located at individual schools, by means of which water samples are taken.

When a virus is found in the sampler, the whole school undergoes a PCR test. Only on the basis of these results will further progress be made. “There is no need to close schools across the board if we prove to have the right existing methods,” I think Tomáš Portlík (ODS), mayor of Prague 9.

The goal is not to perform tests everywhere and at all costs, but only in places with increased levels of virus in the wastewater sample. The same opinion is held by Zdeněk Davídek (Movement for Prague), Councilor for Education in Prague 9. According to him, it does not make sense to perform antigen testing, but only PCR, in the schools where the finding occurs.

The University of Chemical Technology has been dealing with wastewater analysis in Prague since the summer of 2020. “It turned out that the data we obtained from the wastewater analysis were directly related to the number of infected,” informs Jan Bartáček, associate professor at the Institute of Water Technology and the Environment of the Institute of Chemical Technology. Prague is so far the only city that uses the innovative method.

At the end of October, the viral load in the wastewater corresponded to several times higher numbers of infected than those reported by official statistics. According to Bartáček, the measurements now correspond to the statistics of the Ministry of Health. “At the moment, our numbers agree relatively well with what the epidemiological data say.” he said. He added that, with one exception, the measurement did not detect the presence of the virus and was subsequently not confirmed by testing in schools. Šimral said that next year the city would like to expand the measurement to several dozen schools.

In the near future, this will be a way for a nationwide PCR method to work. There are also plans to vaccinate students on campus, thereby vaccination may have increased in the younger age group, in which only half of the people received the vaccine. Prague 9 is waiting for another comprehensive testing. “We are talking about testing primary schools, but we have not talked about children in kindergartens. Next week, we are preparing testing at all kindergartens in Prague 9, ”adds Tomáš Portlík.

According to data from the Ministry of Health, 1,578 new cases of covid-19 arrived in Prague on Wednesday. The epidemiological situation is deteriorating throughout the country. The premiere of Andrej Babiš (YES) in the program Blesku Ptám se, Mr. Prime Minister, that the government will decide on Friday on further comprehensive testing in schools on November 22 and 29 and on plans to close some events for the unvaccinated. According to him, the outgoing government wants to discuss the form of stricter measures, which will apply from November 29, with experts of the five-party coalition or create the next cabinet. The Ministry of Health is to discuss them with representatives of organizations, such as cultural ones, on Monday. The government will decide on them on Tuesday afternoon, Babiš said. 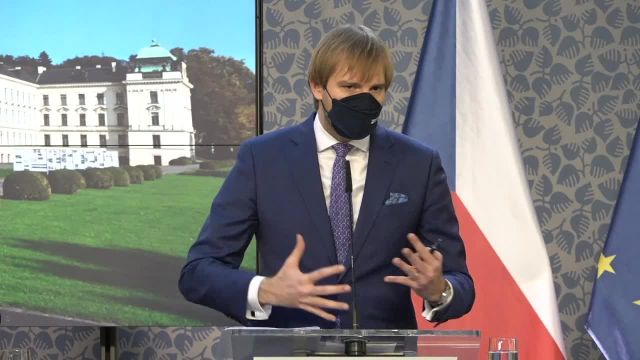 Vojtěch on new measures: Testing of paramedics and respirators at universities CTK 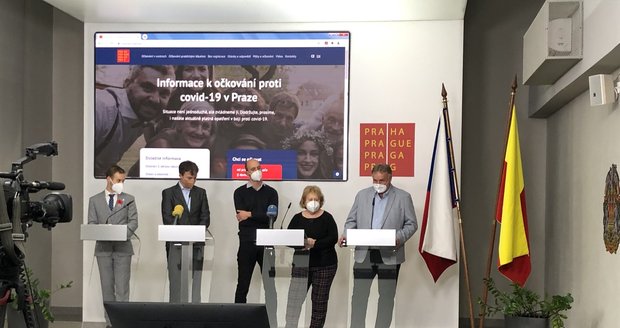 Spokesperson for a press conference on PCR testing of students

‹ what to do on Saturday 13 and Sunday 14 November › Julian Nantes: Salzburg solo artist adds two singles