The third step of the Portugal eSports Speed ​​Championship, which counts on the organization of the Portuguese Federation of Automobile and Karting (FPAK), was organized this Wednesday (November 10th) and returned to thrill.

Approves, which was streamed on the Twitch streaming platform, took place on the small circuit of Tsukuba, Japan, and featured the traditional two races, as will happen with all stages of the championship.

The first race, of 25 minutes, was won by André Martins, from the Yas Heat team. Team Redline’s Diogo Costa Pinto cut the finish line in second place, ahead of Dylan Scrivens, who raced for Urano Esports, closed the podium.

TO NOT LOSE: Featured from the first FPAK Sim Racing National Championships

The second race, which lasted 40 minutes, was won by Diogo Costa Pinto (Team Redline), who got the better of André Martins, from the Yas Heat team. Ricardo Castro Ledo, from VRS Coanda Simsport, closed the podium. 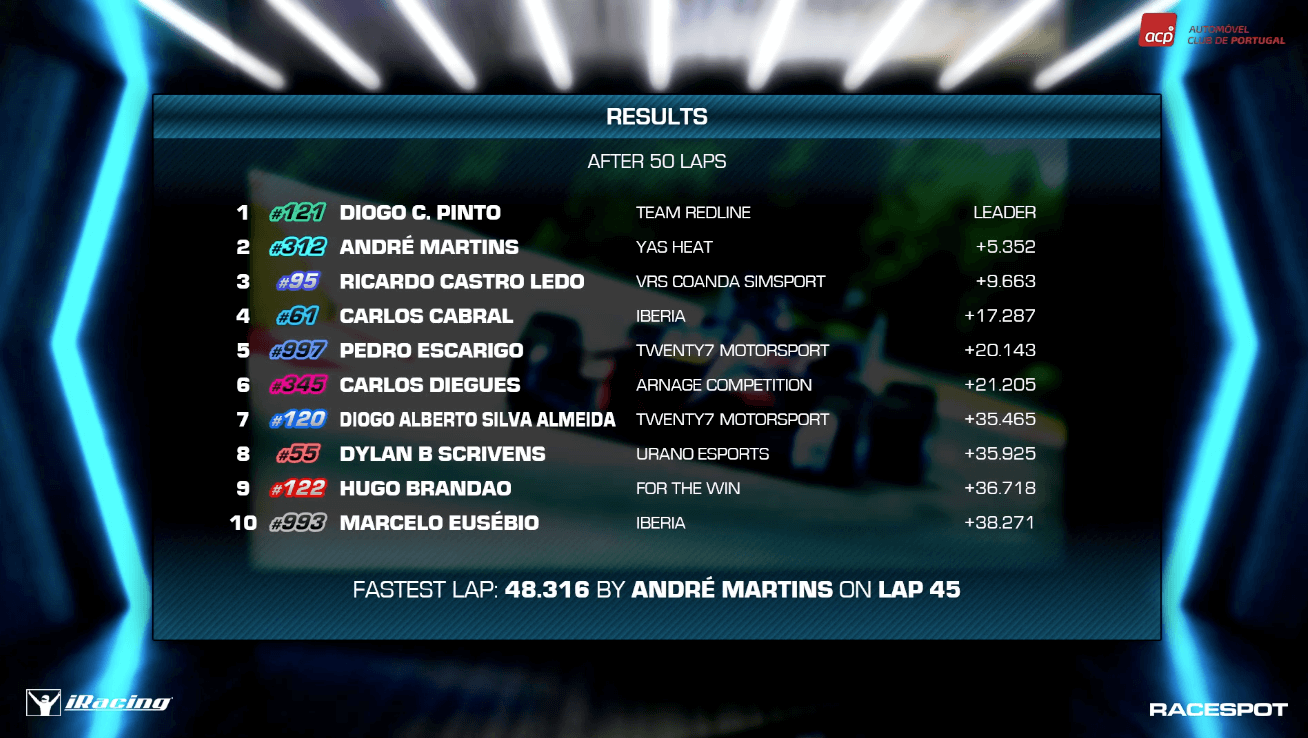 The next stage of the Portugal eSports Speed ​​Championship – which is organized by the Automóvel Clube de Portugal (ACP) and by Sports & You and has as media partner the Automobile Reason – will be disputed on the mythical track of Spa-Francorchamps and is scheduled for the 23rd and 24th of November, again in the format of two races (25min + 40min).

You can see the full calendar below:

Remember that the winners will win as Champions of Portugal and will be present at the FPAK Champions Gala, alongside the winners of national competitions in the “real world”.

Mandatory vaccination is not discussion ″ adjusted ″ in Portugal