Latest from the UN climate summit

The statement from the United States and China is an important step in the right direction, according to UN Secretary-General António Guterres. Photo: Alberto Pezzali / AP / NTB 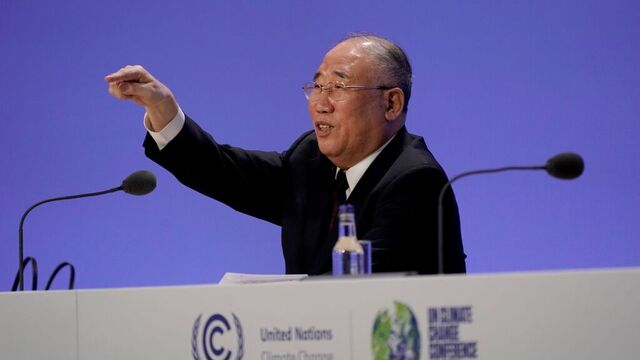 China’s climate broadcast Xie Zhenhua during a press conference in Glasgow on Wednesday. China and the United States have been the only ones to cooperate in the work on global warming. Photo: Alastair Grant / AP / NTB

The new climate declaration from the USA and China is described as an important step in the right direction, which breathes life into the hope that the 1.5 degree goal can be reached.

Both environmental activists, experts and politicians react positively to the agreement between the world’s largest emission nations.

– This helps the world community to realize that we must deal now, says EU climate envoy Frans Timmermans to the news agency AFP.

The United States and China made their statement at the Glasgow climate summit on Wednesday night. The initiative surprised other meeting participants who had no idea that the two great powers would launch something new now.

Genevieve Maricle from the environmental organization WWF believes the statement strengthens the hope that global warming can be limited to 1.5 degrees. At the same time, she says that the US and China must take action to cut emissions this decade, according to BBC.

In the joint statement, China and the United States promise to present climate targets for 2035 by 2025 at the latest.

In addition, countries will do more to cut emissions of the powerful greenhouse gases methane. For China, these are new signals. The country was not among those who announced cuts in methane emissions in a statement at the climate summit last week.

“Both sides acknowledge that it is between today’s efforts and the goals of the Paris Agreement, so together we will strengthen our climate roof,” China’s climate envoy Xie Zhenhua said on Wednesday.

Xie said that in recent months, the United States and China have held 30 online meetings where they have discussed the situation and agreed on the initiative.

– Like the two powers in the world, China and the United States must take responsibility and cooperate with other parties to take on climate change, Xie supported.

– Must show the way

US climate broadcast John Kerry is aware that there are disparities between China and the US. But when it comes to climate, countries must work together, he believes.

“China and the United States, as the biggest polluters, must lead the way,” Kerry said.

Of all the countries in the world, the industrial giant China has wanted the largest climate emissions. The country alone accounted for 27 percent of emissions in 2019, according to tankesmia Rhodium Group.

The United States was in second place with 11 percent. Thus, the two countries together account for almost 40 percent of the world’s emissions.

New climate measures in these two countries can thus be of great importance. And when they become the only ones with political grip, it can have major ripple effects.

In 2014, China and the United States entered into a climate agreement that became crucial to the Paris Agreement the following year, points out Steffen Kallbekken, research director at the Cicero Center for Climate Research.

– I think the declaration can now give a push to the countries in Glasgow and help them to agree, Kallbekken says to NTB.

Both the United States and China use the press funds they have as major powers in the negotiations, according to Kallbekken. In some cases, it is not just a matter of persuading other countries to agree – but of forcing them.

However, Kallbekken does not believe that the declaration will now be as important as the more concrete bilateral agreement in 2014.

EU Envoy Frans Timmermans recalls the many disagreements and conflicts between the United States and China over other policies. The two great powers understand that the climate is a topic that must be raised above other difficult issues, he believes.

UN Secretary-General António Guterres is also positive that the US and China are announcing stronger climate cooperation.

– Tackling the climate crisis requires international cooperation and solidarity, and this is an important step in the right direction, he writes on Twitter.

As after the statement from the US and China, the policy website Politico wrote that US President Joe Biden and Chinese President Xi Jinping will have a video meeting next week.

At a video conference on the sidelines of the annual summit of the Asia-Pacific Cooperation Organization on Thursday, Xi announced that the two storms need to cooperate.

“We can all embark on a path of green, sustainable, low-emission development,” said the Chinese president.

The climate negotiations in Glasgow are mainly about the rules for the implementation of Paris agreements from 2015. The talks are already on the run-up side and should end on Friday.

However, it is quite common for UN climate meetings to continue in overtime. On Thursday, new draft formal resolutions were tabled to be adopted towards the end of the summit.

Six are hospitalized with omikron in Denmark. Well, new, strong initiatives are coming.

Thought we were done with this – VG

‹ Original, the new brunch ‘spot’ to be enjoyed in Lisbon › tribute to all the dead for France