Cyprus – Russia: the last match in the history of the USSR national team – victory in Cyprus, memories of Anatoly Byshovets and Sergey Khusainov

On November 13, 1991, the USSR national team won the qualifying tournament for Euro 1992, and 43 days later the country called the Soviet Union ceased to exist. In anticipation of a new meeting with Cypriots, we recall the events of 30 years ago with Anatoly Byshovts. For our football – a unique personality: only he is the flagship of the national team under different abbreviations – the USSR, the CIS and the Russian Federation. Byshovets put a point in the history of the Union team with a spectacular – 3: 0 in Larnaca. Although that evening, the players had no idea that they were taking part in a historic event.

A few facts to understand.

And now a word to Byshovets.

– What do you remember about the match in Cyprus?
– First of all – the final victory in the group. She allowed us to get ahead of the bronze medalist of the World Championship – the Italian national team. We played three matches with her, including two official ones, and never lost. Vicini had an amazing team: Baresi, Maldini, Baggio, Mancini, Vialli. But in a year and a half we managed to create an efficient national team, which, despite being young (the average age was 23), reached the European Championship. Matches against a second-tier team like Cyprus are fraught with underestimation of an opponent. But we treated the enemy with respect and solved the problem. The whole cycle passed without defeat.

in 1991, the administrator of the USSR national team

“The last match, the decisive one. At home they played a draw with the Italians, and in Cyprus they issued a ticket to the Euro. And they did not leave immediately – the next day. Well, Lyosik, Lyosha Mikhailichenko, after breakfast, rush to a fish restaurant on the seashore – mark the exit. The coaches were not in the know, but we sat mentally, but within the bounds of decency. There was a team, a team of like-minded people! Then they did not think that for the last time we were going to meet as the national team of the Union … “

– Do you not see the symbolism in the fact that in the last match of the USSR national team against Byshovets from Kiev, only Ukrainians scored?
– And in our country the national question did not exist at all. We were one family. And Protasov, and Yuran, and Kanchelskis are outstanding players. The competition in the national team was the highest, but the level of these players was beyond doubt.

– In November 1991, was there a premonition that the Union was about to collapse?
– Premonitions appeared back in August. We flew from Sheremetyevo to Spain for a friendly match with Valencia Hiddink, and saw how tanks entered Moscow – by order of the State Emergency Committee (State Committee for the State of Emergency in the USSR. – Approx. “Championship”). We didn’t know about anything and were surprised by the crowd of journalists at the airport – before the control game with the club! As soon as I got off the plane, I was forced to answer the question of how I feel about the coup that took place in the country. This was unexpected news for me, but I said that this was definitely an unconstitutional situation. The Spaniards even offered us political asylum. 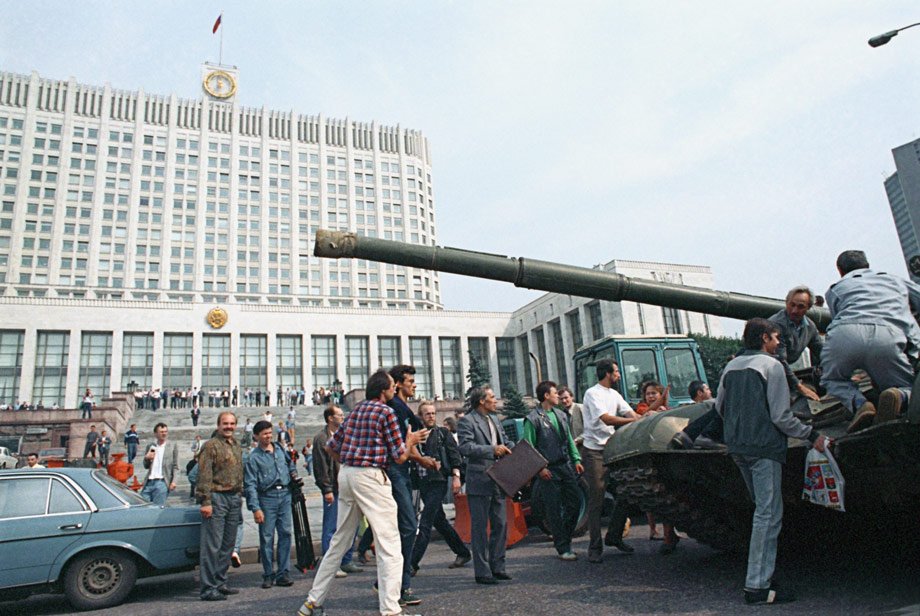 in 1991, the administrator of the USSR national team

“I never spent the night at the base in Novogorsk – in Moscow I was solving ogr questions: tickets, passports … I slept at home, alone (by that time I had divorced). Wake up at 6 am – the plane to Madrid, it seems, was at 10. I was surprised: the anthem of the USSR does not sound on the radio. I came to the base to see the guys to the airport. The bus that the Germans gave us for Euro 1988 is already standing. Are loaded. Anatoly Fedorovich approaches: “I have a request to you – pay the party fees for me, we will sweat.” And at the airport Dimka Galyamin says: “Grigorich, if anything, I will send you an invitation.” I spent it – I come back. And on the “Leningrad” are ambulances, grooves. I drive up to the traffic police post – everything is blocked, the tanks are standing … “

– Was the collapse of the Union a tragedy for you?
– Today I remember the USSR with great pleasure. I remember Stalin’s death and the people’s reaction to it. My brother and I each receive 40 rubles of a pension after my father passed away – together with my mother’s salary, this was more or less enough for a living. And from the 10th grade, after enrolling in Dynamo Kiev’s double, I got 55 rubles in the club. Plus free pioneer camps, training, medicine – social programs in the Union were at a very high level. After the war, people were much cleaner, more moral than they are now. True, to get a job at Dynamo or the Union team, you had to be a member of the Communist Party.

– And you weren’t a member?
– No. I remember being invited to the Central Committee of the Communist Party of Ukraine for a conversation. The secretary called: “We are waiting for you tomorrow at 10 in the morning.” I say: “Okay, write out a pass.” He was surprised: “How, you are not a party member?” The issue was resolved within two days. I don’t see anything wrong with that.

– Nevertheless, you have not trained your own team.
– With Dynamo Kiev, the issue was raised more than once. The last time was under sad circumstances. I came to Kiev for my mother-in-law’s funeral. I met with the head of the Council of Ministers, and I was offered to lead Dynamo Kiev. But it didn’t work out. I am glad that this did not affect relations with the leaders of the club – after all, I have been a Dynamo player since I was 12 years old. With another pupil of Dynamo, Lesha Mikhailichenko, we went from a children’s school to the gold medal of the Olympics. It was very pleasant to receive congratulations from both Surkis brothers on their 75th birthday. Akhmetov, the president of Shakhtar, also called. 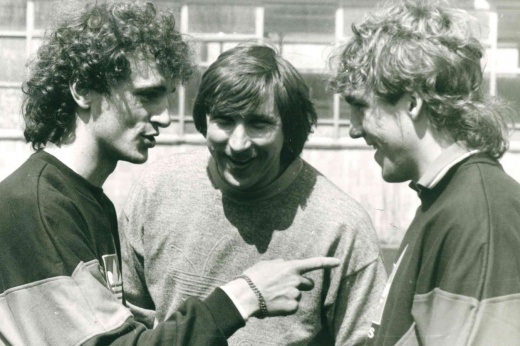 – Let’s go back to the early 1990s. What can the CIS national team really count on for Euro?
– She had very good prospects – even to win the championship. Before Euro 1992 we defeated Scotland in Glasgow, played in Copenhagen in a draw with the future champions – the Danes. As a result, we did not lose in Sweden to either the world champions, the Germans, or the European champions – the Dutch. Germany generally bounced back in the last seconds – Hessler scored from a free-kick. The game with the Netherlands – with the great Michels on the bench and Gullit, van Basten and Bergkamp in the attack – became a serious test for our young but already mature team, and the final draw was a great achievement.

– Could you even aim for a medal?
– In the event of a victory over the Scots, we went to Sweden in the semifinals, which we won at an international tournament a year before the Euro. Although the overall situation was difficult. The country collapsed: in place of the USSR, the CIS appeared – without a flag and anthem. Many footballers wondered which republic to play for – Ukraine, Belarus or Georgia. Our victory over Scotland left the German national team on the sidelines – so the match was accompanied by a lot of gossip. 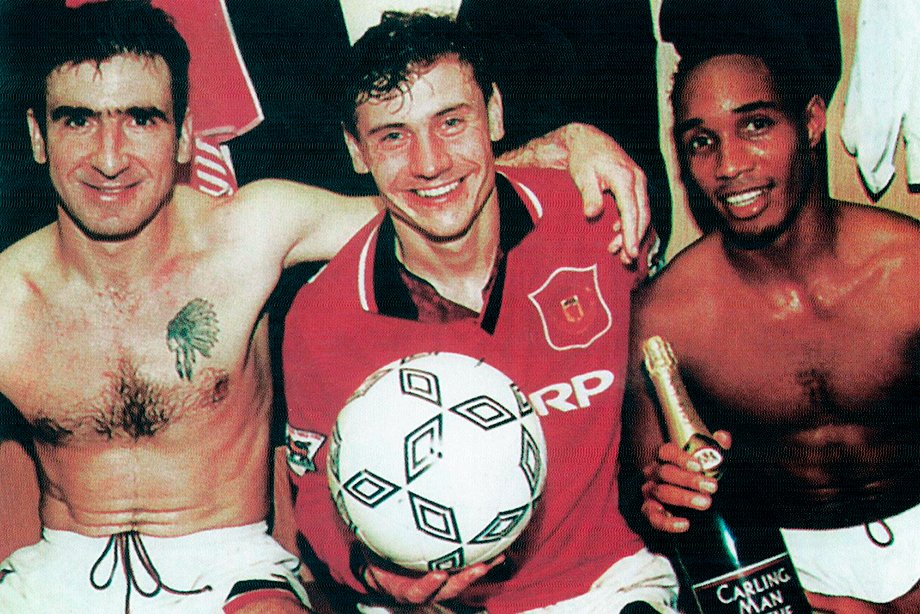 Photo: From the personal archive of Andrei Kanchelskis 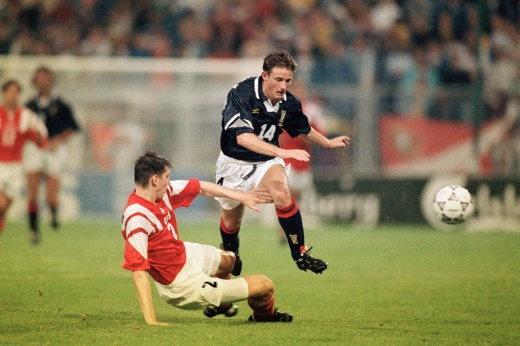 “They went to the game drunk and won.” How ours failed the decisive match at Euro 1992

– Are you talking about the “drunken” Scots?
– And about that too. There were a lot of rumors around this match – the price of points was very high, especially for the German national team. Some said they gave up the game. Others chatted about drunken Scots. I worked in this country, talked with the “compilations” and I can assure you: there are no traitors in Scotland. Yes, after the game pub, beer is tradition. Maybe even good ones. But not before the game – when I was not like that. Could one of ours surrender the match? This is out of the question. I am absolutely confident in each of my players. We were let down by underestimation. We defeated them in Glasgow, they didn’t need anything. Plus these rumors about the Scots booze. It was beneficial for someone to dissolve them in order to create not the best background in our team. Talking about the fact that someone on the bench smelled the fumes of a running Scotsman is, of course, a lie. Even then, work was underway to remove me from the national team. I originally built a team with an eye on the 1994 World Cup. And those footballers who signed the letter in 1993 believed that in the USA we could fight for gold … 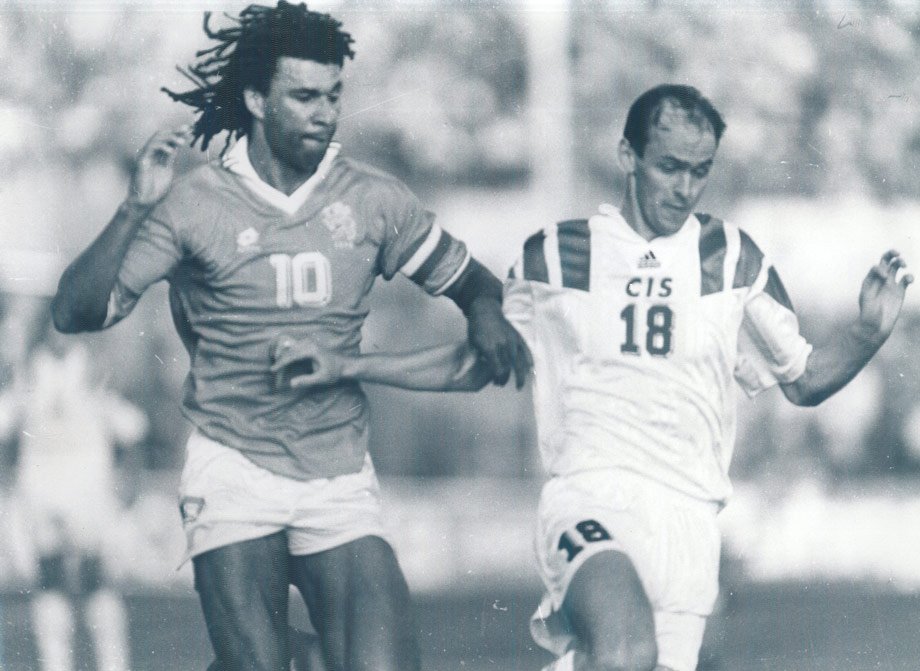 Photo: From the archive of Viktor Onopko

Ukraine said that Russia and China can free Europe from US occupation – Gazeta.Ru

The chief bailiff of the Leningrad region burst into a pregnant subordinate with special forces: Incidents: Russia: Lenta.ru

‹ As a third vaccine, almost everyone in Hungary is given a Western vaccine › Can Paris denounce the Touquet agreements to force London to renegotiate?