Municipal Library in Prague: A new branch will be established at Palmovka

According to Hanzlíková, the MLP branch is now missing in Karlín, Libní and Palmovka. This will be created in the area of ​​the historical building in the vicinity of Thomayerovy sady medium size branch, which the MLP spokeswoman compared, for example, to the one in Hloubětín. According to current library plans, readers will be able to choose on the spot about 5,000 books. The library will be built several branches according to the library’s spokesman to state an estimated unit of crowns.

There will be a café and a gallery

The construction is owned by the city district of Prague 8. This year, the city councils approved it lease of the Nový mlýn association building. However, the chairman of the opposition Pirates in Prague 8, Martin Štěrba, criticized that the building was leased to the Velký mlýn association without a tender. The pirates said it on their FB.

The mill is named after Jáchy Löwit, who bought it in 1883. At that time, the mill no longer worked due to the regulation of the Vltava and the removal of the mill arm. Löwit rebuilt it into bakery. However, according to Hanzlíková, the existence of the Löwit mill is documented in historical sources from 1530. The building in the 1950s served as potato warehouse, subsequently, the SK Neumann Theater had in it props. The building has been listed as a monument since 1958. The city district received the mill in 1993. 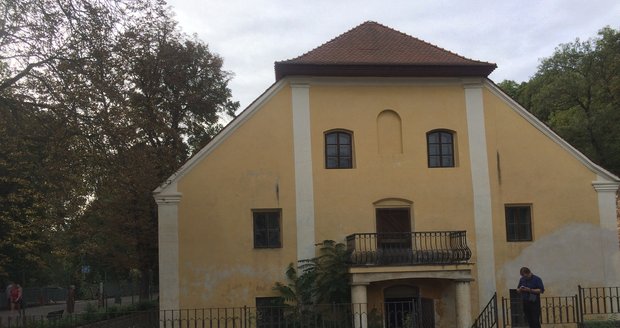 A new branch of the Municipal Library in Prague will be established in the Libeň castle.

‹ The Committee for the Oasis of Torriana and Montebello relaunches with the aim of protecting the territory. The association “OaSì – Together for the Valleys” is born › Caroline of Monaco does not give in to divorce, pact concluded with the son of Ernst August of Hanover