European champion left LKF: “Everything that was with A. Sabonis is being changed”

It became difficult to work after the election

After returning to Lithuania after almost two decades in France, where she stayed after the end of her basketball career, Lina Brazdeikytė worked for LKF for five years.

She became the European champion with the Lithuanian women’s basketball team 24 years ago, but now she said goodbye to LKF, when the 1997 national team coach Vydas Gedvilas took over the leadership of the federation.

“The current federal government and my views on how our basketball projects, especially youth and girls’ projects, need to be restructured did not match. I don’t want to be a part of what’s going on now, “said the former LKF women’s basketball project manager.

Before the election of the President of LKF, L. Brazdeikytė was in the team of Ramūnas Butautas – the former director of sports of LKF also left the federation after the lost elections and gives a lecture to the students of the Lithuanian Sports University.

“I understand that I was on a team of competitors, so there is a certain contradiction. However, after the election, the current leaders do not communicate with those who supported others, L. Brazdeikytė said. – Everything that was worked during the terms of A. Sabonis is being changed. Everything is crossed out, that everything was bad. I don’t agree with that. “

L. Brazdeikytė is convinced that some decisions were correct and paid off.

In her opinion, the introduction of several non-traditional rules in the student basketball league has paid off. For example, it was decided not to double the defense so that children of later puberty could unfold more, not to throw a basketball in pursuit of an unbreakable defense. Barriers cannot be built so that children first learn in a way that continues into the basket and thus develop faster individually.

“It simply came to our notice then picenrol undisguised gaps in individual preparation. Those changes were not introduced from the lamp, but together with other examples of European basketball countries, the technical training of children, there was a lot of communication with our coaches, and only then decisions are made, – said L. Brazdeikytė. – The education of children is not a matter of 1-2 years. A new generation needs to grow up to learn from the decisions I have made.

And that generation is coming little by little. We have better individually prepared children than before. Then I think it is necessary to have a deeper discussion, not to wipe everything out in one go, because everything that Saboni did was bad. “

A significant change has taken place in women’s club basketball – now the league will operate independently, and it is led by another former national team player Rima Valentienė, who has left the position of the Lithuanian Anti-Doping Agency and replaced Giedrius Gusta as the head of the league.

Believe in the seat of the women’s national team

L. Brazdeikytė sees that the current leaders – V. Gedvilas and Secretary General Mindaugas Balčiūnas – pay a lot of attention to the Lithuanian women’s basketball team. She likes it, as she likes to hear plans to strengthen a club that could play in the women’s Euroleague.

However, she was surprised by the way the new national team coach Rimantas Grigas was chosen, replacing the previously retired Mantas Šerniai.

“V.Gedvilas and M.Balčiūnas used to complain, there is no transparency in decision-making, although V.Gedvilas himself participated in the deliberations.

All coaches are now appointed without consideration. I really have nothing against a coach I’ve played with myself. The changes are good, but the way is not, ”said L. Brazdeikytė. On Thursday, in a match in Kėdainiai with Finland, the basketball players of our country will start the selection for the 2023 European Championship.

Lithuania, which last played in the continental championships in 2015, has a good chance to return there, – says L. Brazdeikytė, who has played 186 matches in the national team.

In Group B, four teams – Lithuania, Finland, France and Ukraine – will seek to take first place (immediately in the European Championship) or second place (4 of the top 10 second teams).

The band’s favorite is clear: France won bronze at the Olympics this year and won silver at the European Championships five times in a row. 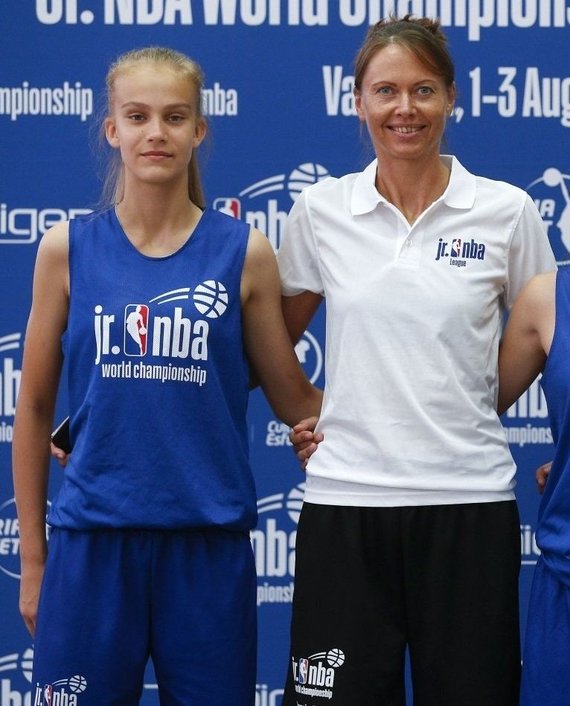 “It simply came to our notice then choking I believe in success, – said L. Brazdeikytė. – Spells are successful this time. We can claim second place with a good coefficient, because we can really reach Finland, Ukraine is also affected – it is not an elite team. The spells are favorable, so you need to support the girls and believe that they will make it to the final stage. “

Do not regret returning from France

L.Brazdeikytė herself, after closing the doors of LKF’s new office near the Nemunas, opened another.

She has already started training 10–11-year-old girls at Kaunas Žalgiris School, and she also conducts exercises for students and high school students.

L. Brazdeikytė, who played in the Kaunas Freedom team in 1991–1998, later lived in France for 18 years – she played there until 2012, and then worked as a coach for several years.

She stated that she did not regret returning to Lithuania, although she would have had different emotions in the past.

“I once cried out to myself: whose hell am I back? But then I realized that if I had not returned, I would not have met many good people, I would not have gained experience and seen the other side of the basketball kitchen, – said L. Brazdeikytė. – As a player, I saw a ready-made shining arena, but I had no green idea of ​​how and what made it so.

There have been a lot of discoveries over the last year, it’s been a wonderful time with a real team and a great team. I really don’t regret anything. “

An exhibition dedicated to the 80th anniversary of mass deportations organized by L. Mažylis travels around Lithuania

‹ M. Fernandez: Croatia is stronger in composition, but Russia is able to take first place in the group › Concert, flea markets, movies … What to do Thursday November 11 in Lille and in the Nord – Pas-de-Calais?