My dad’s wife also had her fingers in it. Marta Jandová confided in her “acquaintance”. VIP scandals and affairs

Photo: Photo courtesy of CKPK (as well as other images in the article, unless otherwise stated)

Caption: Marta Jandová sang to the skiers. She went on a famous mountain trip alone, apparently her husband looked after her daughter at home.

PHOTO, VIDEO The winter season on the glaciers is already here and Marta Jandová went skiing. Skiing has been going on in Austria since the end of October, so there was no reason to hesitate, after all, Marta speaks German perfectly and is at home in German-speaking countries. In addition, she stayed for free because it was a trip for celebrities.

She enjoyed it immensely in the mountains of Austria: “The sun is shining beautifully, it’s beautiful here, and the panorama is incredible,” the singer praised. “I’m not the type who needs to ride from eight to four, I just have to go down the slope a few times and then I like to sit on a lounger with a latte macchiato in my hand and sunbathe and look at the horizon. Here is a great restaurant overlooking the ski slope, where you can sit, relax and watch the children skiing, if you recognize them on the slope. Austria is the best country for me for skiing also because it is close here. We couldn’t wait for a year’s covid break. I’ve never skied at the end of October, but here in Mölltal we enjoy it. “ 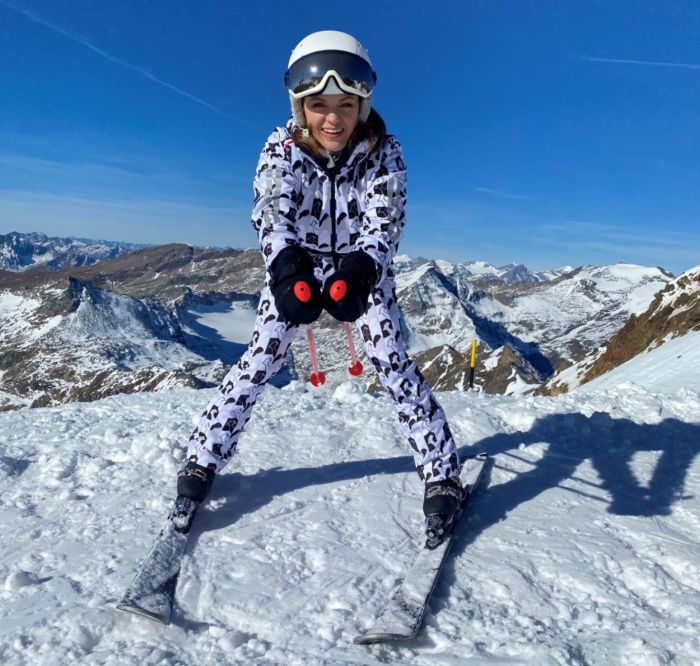 Of course, it was a tour for celebrities, where Marta even sang, which didn’t bother her, even when it was a nice altitude: “If I came and got out right away, it would probably take me a little. But I have already managed to acclimatize, the opening organizer Petr Kopal takes very good care of us. In addition, at concerts with the band, I normally jump and dance on stage, the lungs are in good condition. But this was probably the most drunken concert I’ve ever had, “she said. But he doesn’t recognize alcohol very much in the mountains: “I don’t drink much alcohol in general, I’m not feeling well. And since I have, the fear of Maruška has added to that. If a skier under the influence hit me, I don’t know. “ 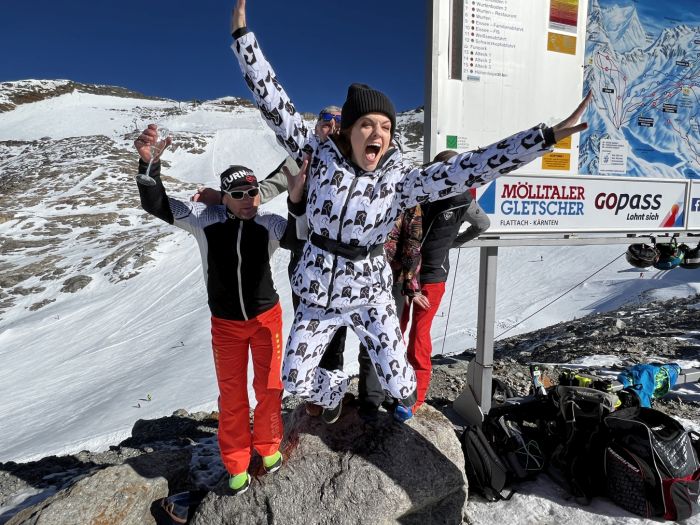 The teacher hurt her

Marta is the daughter of a well-known father, the musician Petr Janda, but it certainly cannot be said that her father somehow pushed her forward. She became famous first in Germany, and only then did she start singing at home. In primary school, on the other hand, her teacher harassed her because of her famous father: She said I was a little, shitty bastard. At the same time, I was a six-year-old girl who didn’t do anything wrong, but I got a lens. ” 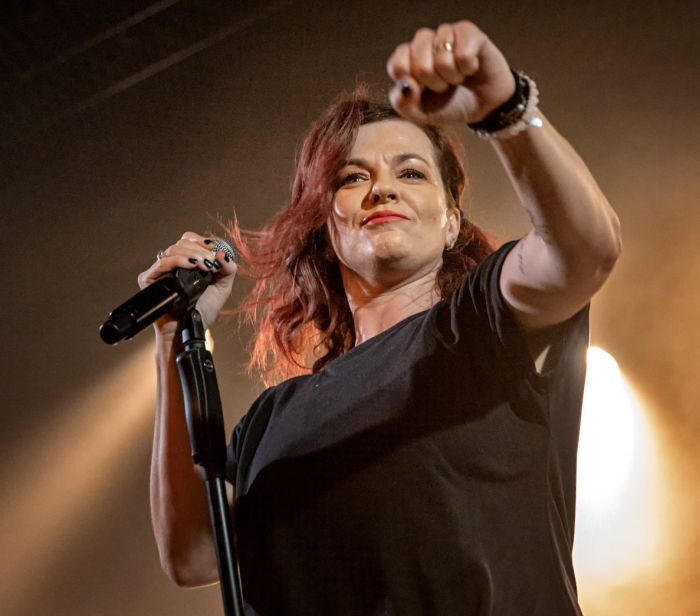 Marta has an interesting life. He sings hard rock and moves among the metalheads, then he jumps into the pond of the Czech showers. Photo courtesy of Jodocus Obscurus Pfotography

After primary school, she started working as an economist, and during her studies she went on a one-year stay in the United States. Upon my return, I return to Thorsten with the German music Mewes, who played in the band Di Happy. Marta also started singing with the band and has already stayed in Germany. But before that, she had encountered two huge tragedies. Her mother Jana Jandová developed ovarian cancer and died at the age of only 45. Before that, doctors diagnosed her brother’s brain tumor, who had been diagnosed with the diagnosis for 10 years and died at the age of 33: “I learned about Peter’s death in Germany. The moment he last exhaled, I was standing on stage. I’m sure something happened. “ 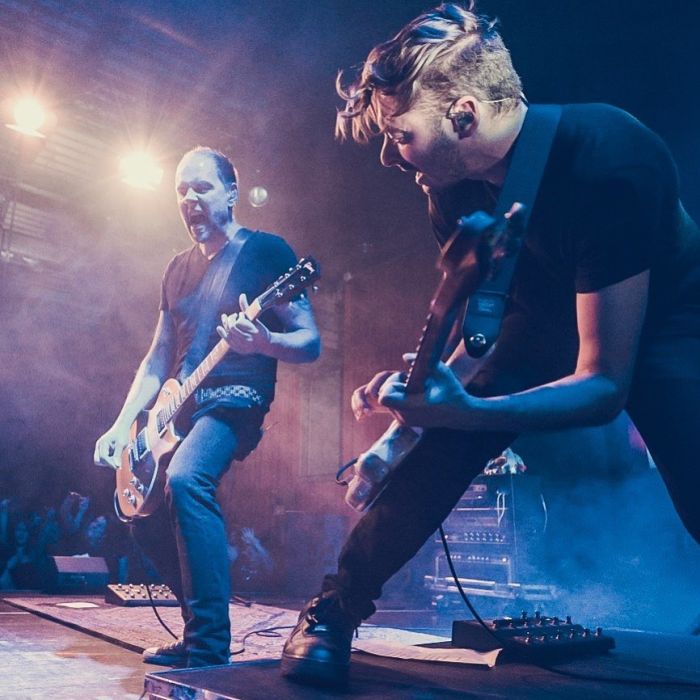 Marta basically has only working, ie advertising and concert pictures on her Facebook. We had to look elsewhere for Thorsten’s ex-husband (pictured left). Photo courtesy of Jodocus Obscurus Pfotography

Marta moved with Thorsten to Munich, but the marriage lasted five years and then Marta moved back to Bohemia. She became a well-known singer in Germany, which she soon managed to do at home: “We conquered Germany, we had to wait six years for a proper publishing contract, but we succeeded. We’ve been to every village, every club where there’s a plug. I just don’t know if we’ll make it here. And especially if I still have the strength after singing for eighteen years, I start again, “she thought years ago, fortunately she was unnecessarily afraid. 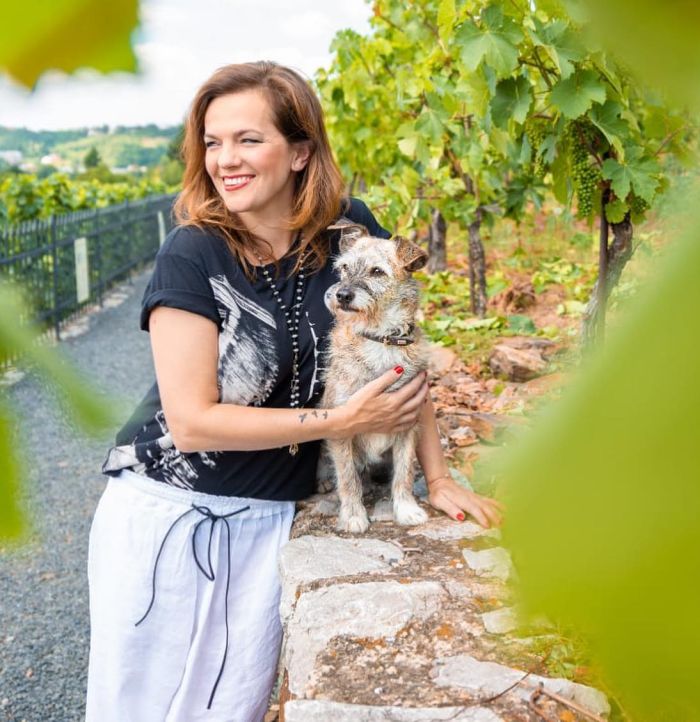 He still performs with the band, even though he lives elsewhere: “We are really a family, I can turn to the boys whenever I need to, even if they have to go to Prague just because I’m sad. My ex-husband helps me the most in this direction. We call, we think about ourselves, we help each other. I can only cry on his phone when I fool around again, he will tell me right away what is wrong. “She has maintained friendly relations with all her former partners. . 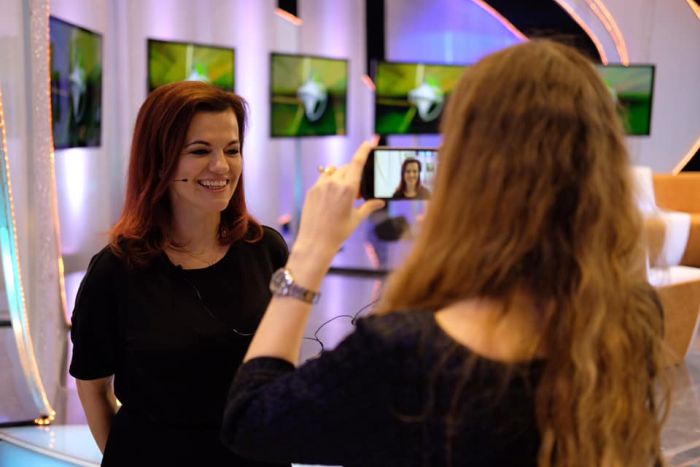 In the advertising image, photo courtesy of Marta Jandová

They were put together by friends

After her German husband, her other friend was from Germany, a well-known singer Sasha. The breakup was said to be calm again. Subsequently, she dated the businessman and ex-husband of Mahulena Bočanová, Viktor Mráz. Her last and main love is gynecologist Miroslav Verner, put together by her friends: “Even my dad’s wife had her fingers in it! They did it discreetly, we didn’t know it until about a month later. At that time I was told that Míra would love to invite me for coffee, and they told him that I had seen him somewhere and I really liked him. The man then asked me about a month later, where did you actually see me? And I just: What, I don’t know what you’re talking about ?! ”The wedding and the longed-for daughter Maruška followed. 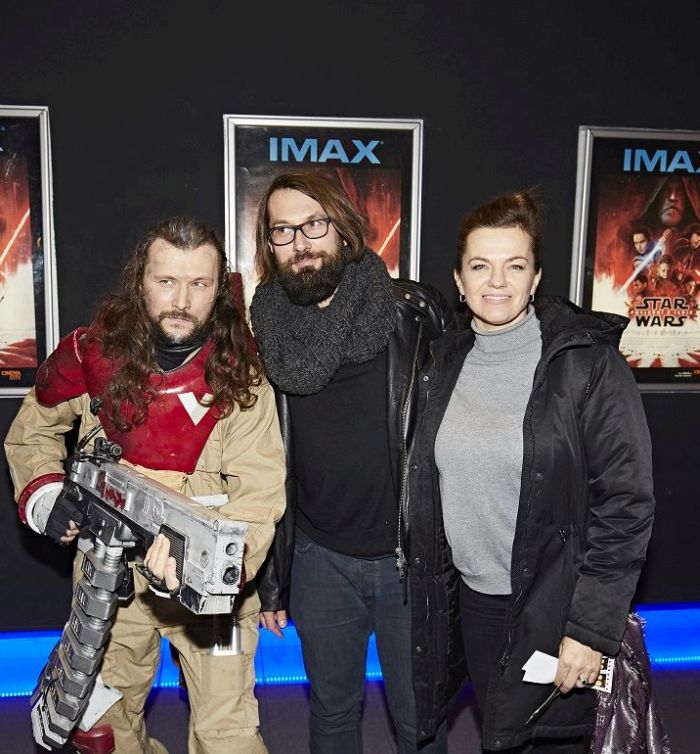 Marta with her current husband, photo courtesy of Imax

Berenika Kohoutová presented a new song and also a clip for it. She lured the clip to her Facebook, where she published text messages she was sending with her current husband. He packed it, for example, after visiting the bar late at night. Berenice finally capitulated and well, she did, today they have a daughter and also a wedding behind them.

The clip takes place at the otherwise rather horrible stop Prague Holešovice and it will certainly be interesting for a Berenice fan to read all those private text messages during the clip. She certainly dares Berenice to have her insight into her privacy in this way.

Jirka Langmajer jumped from the roof, fortunately it turned out well

Several typical Christmas movies are going to cinemas. One of them is Wishes to Santa Claus, which will include the biggest, probably the busiest actor in Czech film (where the times of Ivan Trojan are), Jirka Langmajer. Even if he decides in advance not to play in comedies, he can’t resist, and we’ll even see him as a stuntman!

“It’s a job like any other. But after a long time, I fell into the boxes again and I enjoyed it. I had a spine on my back, so I didn’t feel anything at all, “said Jirka modestly.

Actor Vasil Fridrich appeared in the series Stars Overhead. He is a typical serial actor who earns his great love, theater, thanks to his acting in series. We could see him in series on Nova, on Czech Television and also on Prime. In Hvězdy, he plays a companion, Roman Zach, whom he wants to lure from the love of Tereza Kostková back to work on an important project: “I was filming the first day, I was standing still and looking around for a break. There was perhaps half the village, almost all the actors, so I said it was a beautifully cast series. And I immediately looked for who had the worst character here. Who is the negative character. And I was immediately told that I was. I’m said to be the only municipal council there, “Vasil Frederick said, adding a description of his character: I have to say, I’m intrinsically annoying. I myself like the peace, and if someone bothered me like this, I would probably send it to the appropriate limits quickly, “the actor admits. 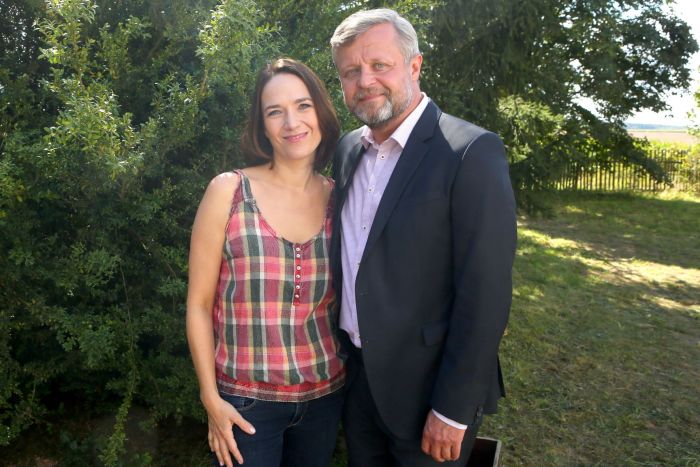 She starred with Tereza Kostková in the Dark Region series, where he was the killer who wanted to kill Kostková and torture her. “I must say that I was not very nice to Terezka, and I did not meet a similar type of person myself. He is very stubborn, he wants something hard and fortunately such people do not move around me. Nobody pushed me hard there, but I believe such people exist. They want to achieve their goal by any means. “

Prague 2 will help traders, buy packages with small gifts from them

‹ Belgium: ecocolonialism in the land of surrealism › Corona numbers and rules in the Hanover region up-to-date: This is the RKI incidence today on November 9th, 2021