architect Josef Zasche. In Prague he built the Adria Palace, in Jablonec the Church of the Exaltation of St. Crisis

When it’s November 9, 1871 Josífek gave birth to glass grinders Josef Zachs and his wife Františka, and neither parent could have the impression that the then 7,000-strong Jablonec nad Tisou, where he was born, would go to several hundred thousand Prague. And that her skill will help shape. Unfortunately – none of them received not only Josef’s first construction, but also his studies. They both died, before the future architect reached the age of ten.

A classmate of legend

Little Josef grew up after his parents died at uncle’s. He himself was a wealthy businessman, and together with the sum he had received from Joseph’s parents, he could oversee his education. When Joseph’s adolescence began to “break”, the boy chose a school in a neighboring town for his future.

“He studied industrial engineering in Liberecwhere he was his classmate as well Adolf Loos, “ In the book Buildings and Architects by Zdeněk Lukeš, the historian of architecture Zdeněk Lukeš mentions the name of a world-renowned architect, whose buildings are admired in Brno, Pilsen, Vienna and Prague. And as if this student experience to some extent foreshadowed the future destinies of Zasche, which were usually written in the shadow of others. Although it is not entirely justified.

After graduating from industrial school, Zasche went as far as Vienna prestigious Viennese Academy of Arts, “Where he was a student of Karel von Hasenauer,” says Lukeš, another well-known name that came into Zasch’s life. Kurt von Hasenauer built, for example, the Museum of Art History in Vienna or the famous Burgtheater on the Ringstrasse.

With the advent of the 20th century, Zasche also began to realize its own first projects. First in her hometown and surroundings, so that she will soon be Blanka’s wife to Prague, which at the time was a dynamically developing city, where names such as Antonín Balšánek, John Kotěra, Josef Schulz or Josef Fanta. The name of Josef Zasch will soon be added to them, practically thanks to his first realization in Prague.

“In Prague in the years 1904–1905 project Zasche early modernist “Blue Villa” for a friend of the artist Karel Wilfert, whose spacious facade is dominated by ceramics Sun-dial. He is standing in the street In Špejchar on the outskirts of Holešovice, “We will read in the book Constructions and Architects from the perspective of Zdeněk Lukeš. It is a villa, still quite inconspicuously situated on the edge of Letenské sady near the tram loop, to a certain extent hidden by three embassy buildings – Israel, Spain and India.

The building has an L-shaped floor plan “with a cylindrical staircase body enclosed by both wings,” Zdeněk Lukeš describes in the book Famous Prague Villas, stating that Josef Zasch was inspired by English family houses. “Originally, the house was called the Blue Villa according to the gray-blue lime plaster. In later years, the house was rebuilt, but part of the original equipment has been preserved. The least happy were the interventions from the recent period, when architecturally degrading extensions were added to the building. ”Even so, the building is remarkable from a distance by appearance and mentioned ceramic sundials on the facade, which are practically more pronounced decorations on the facade.

With this construction, Zasche entered the general consciousness of the Prague lay and professional public. “However, it gained prestige with up to three palaces in the center of the metropolis from 1906-1908, ”Stands in the book Constructions and Architects by the View of Zdeněk Lukeš. The first was the palace Prague Iron Company, which is located in Opletalova Street, right next to Masaryk Railway Station. During Senovážné náměstí we could hardly imagine today without the help of Josef Zasch – he built house U tří jezdců, which bears the name of the relief of the three riders in the tympanum. Nearby is another remarkable realization of it – neo-baroque Sugar Palace with cubist elements.

The Sugar Mill Palace, designed by architect Josef Zasche, is an ornament of Senovážné náměstí.

And finally, it was “the building of the Vienna Banking Unit in Na Příkopě Street with a polished granite façade. The house in the style of modern classicism thrilled Praguers, ”Says Lukeš. The construction was so significant that even Zasche even received the award for the best construction in Austria-Hungary. “Zasch’s other works were also received positively,” says Lukeš. Together with the more famous Jan Kotěra, for example, he designed General Pension Institute on the Rašín embankment.

However, it remains the imaginary golden nail of Zasche’s creation of larger buildings Adria Rondo Cubist Palace, which he designed together with another famous architect Pavel Janák. It goes or it goes an unmissable building with an unmistakable facadewhich adorns Jungmann Square. However, it was written in the late 1920s, and the glow of Zasche’s “star orbit” was slowly fading.

Adria Palace (left) is one of the most beautiful “palace” buildings in Prague. Josef Zasche and Pavel Janák are responsible for it.

In the 1930s, Nazism began to rise and antipathy began to swell among the Czech and German inhabitants. Zasche, who was of German descent, also felt this he was not a Nazi, “Lukes mentions an important fact. Zasche’s reputation with the onset of the war was not inconsiderable.

After all, just The commander of the police and the Reich Secretary of the Protectorate, Karl Hermann Frank, also chose the villa he designed for his stay in Prague.. He stayed in the confiscated Kantor’s villa in Na Zátorce Street in Bubeneč, which Zasche designed from 1927 to 1928 for the director of the Czechoslovak Discount Bank. “Joseph Goebbels once dined here, the propaganda of the Reich Ministry, “says Lenka Popelová in the book Famous Villas of Prague 6 – Bubeneč.

“It is a medium-sized representative villa with all the necessary attributes: in the basement there was a garage, cellars, a boiler room for central heating, a laundry room and also two small apartments,” says Popelová. “Overall, this villa looks very harmonica, no doubt it is about one of the most aesthetically pleasing objects in the place, “He describes, adding that the villa also had a covered and outdoor veranda or music lounge,” which was not so common in the surrounding villas. ”

In many ways, Zasche has made Prague the city it is today – whether we mean the remarkable Blue Fairy or one of its proposed palaces, it does not even talk about a number of other buildings. Nevertheless, the people of Prague did not forget him in 1945 German origin, and a disappointed 71-year-old architect was “despite the protests of Czech artistic friends as a retiree after the war banished to Germany, ”Says Lukeš. “An old architect once told me how Zasch’s archives in Mezibranská Street in Prague were used forks to load a collection of raw materials.. ”Forgotten and wrongfully damned, he died in 1957 in the German town of Shackensleben.

While to this day it does not tell Zasche much the name of Prague – despite some remarkable buildings, it is different at the border. Probably due to the fact that specifically in the architectural native Jablonec there is probably his the most famous building. Coincidentally, this is also one of the first works designed by the then 29-year-old architect. It’s about Church of the Exaltation of St. Crisis. “The temple is, in my opinion unrivaled the most beautiful Art Nouveau sacral building in our territory and perhaps in the whole of Europe, “Concludes Lukeš.

Art Nouveau Church of the Exaltation of St. The Cross in Jablonec nad Nisou (pictured on July 10, 2018), built at the beginning of the 20th century according to the design of the Jablonec native Josef Zasch, is a unique building of Central European significance. It belongs to the Old Catholic Church. 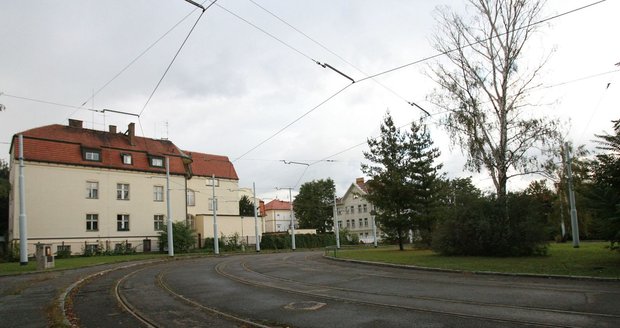 In Na Špejcharu on the very edge of Letenské sady there is the so-called Blue Villa (pictured left). It was designed by the architect Josef Zasche in the early 20th century.

Markets on náměstí Míru: Prague 2 buys goods and gives them to employees

‹ Demonstration in Zurich – 294 protests in 304 days – that will be a record year › History – Berlin – songwriter: Germany doesn’t have to align – knowledge