In Toulouse, art, exile and psychiatry

Are you passionate about psychiatry and its history, politics and also art brut? Quick, head for Toulouse: a very beautiful exhibition you attend the old slaughterhouses in the city, an unprecedented institution born from the merger of the Musée d’art contemporain de la ville rose and the Regional Contemporary Art Fund.

“Me psychiatry, I call it deconniatry”

Started in 2018, this project Joana Masó, research professor at the University of Barcelona, ​​and Carles Guerra, independent curator, Today gives visitors the unique opportunity to evoke a little-known piece of history which nevertheless made a date in 20th century psychiatry. Entitled “The Deconniatry. Art, exile and psychiatry around François Tosquelles“, this exhibition traces the incredible trajectory of a Catalan psychiatrist (1912-1994), pioneer and visionary, who participated very closely in the transformation of psychiatric institutions and to whom we owe the so-called sectorized organization of psychiatry , still valid today.

“What characterizes psychoanalysis is that it has to be invented, he said in 1989. The individual does not remember anything. On allows him to mess around. On him said: ‘Kidding, kidding! it’s called associating. Here, nobody judges you, you can mess around at your ease ‘. I, psychiatry, call it deconniatry. But while the patient is messing around, what do I do? In silence or by intervening – but above all in silence – I mess around in my turn“.

In a refugee camp, he set up a makeshift psychiatric ward

Born in Reus (Spain) in 1912, François Tosquelles studied medicine while activating within the POUM (Workers’ Party for Marxist Unification), which was banned in 1937. Mobilized as a psychiatrist during the Spanish Civil War, he was to be also one of the 500,000 Spanish refugees who, at the time of Franco’s victory, crossed the Pyrenees to take refuge in France at the time of the so-called Retirada. Within the Seven Fund refugee camp, he already encountered a makeshift psychiatry service. Then will settle during the Occupation in 1940 at the hospital of Saint Alban sur Limagnole in Lozère (establishment which today bears his name), a place which will become a high place of artistic and intellectual effervescence but also of resistance and this pendant several years.

Artists on the run, in exile or passing through (Paul Eluard, Tzara); avant-garde psychiatrists such as Frantz Fanon (who was the intern of Tosquelles) and Lucien Bonnafé, without naming other surrealists and resistance fighters: all of them will often meet within the walls of Saint Alban. But its person in charge will be above all the one by which will be born in France the current known as institutional psychotherapy, considering that before treating locked patients, it is also necessary to treat the institution and the caregivers.

The very rich exhibitionartworks and documents often unpublished and unearthed from private collections are presented), particularly documented (do not fail to consult the very beautiful catalog) gives an account of these rich encounters, without forgetting to exhibit many creations (sculptures, drawings, collages …) of brut art produced by the patients of the establishment, some of whom have spent their lives there.ike Auguste Forestier, the son of a farmer fascinated by trains. Interned in 1914 after derailing a train by placing stones on the track, he remained there until his death in 1945 and sculpted toys and figurines. They will be spotted in 1943 by Paul Eluard, also passing through Saint Alban, but he to hide there writing his poem “Freedom”. It is moreover the poet who will bring back Forestier sculptures and who will show Dubuffet who will go himself to Saint Alban at the end of the war to begin to assemble his collection of brut art. 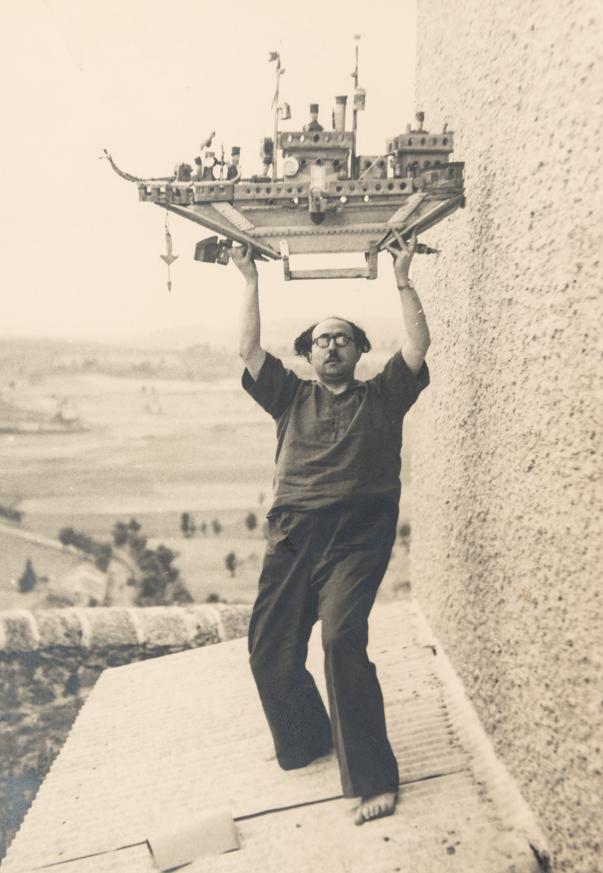 History of “messing around” with today’s technological means, you will find in the course of the exhibition various extracts from films, the photograph attesting to the presence of Frantz Fanon in Saint Alban, as well as a video installation with three screens for a dialogue between the Catalan psychiatrist, the philosopher Maurizio Lazzarato and the artist Angela Melitopoulos.

The exhibition will stay in Toulouse until March 2022 then will travel to three other institutions which have all collaborated on the project: the Center for Contemporary Culture in Barcelona, ​​the Queen Sofia Museum in Madrid and finally the American Folk Art Museum in New York.

Toulouse Game Show: “It’s an opportunity to be someone else”, confides a cosplayer

Weather report. Rain and clear spells in Toulouse, snow in the Pyrenees: the weekend forecast

‹ A hard game for DECKI Pelplin in Krakow: AZS AGH Krakow 75: 58 Decka Pelplin › Unhappy to leave the evening, he beats his girlfriend at the wheel on the ring road of Toulouse