The exhibition grounds will become unrecognizable: 7 sports grounds have been built here, and the Industrial Palace will also appear

“We want to return the Exhibition Center to the people. Our goal is for visitors to come here to spend the whole day. “ Bleska was told by Deputy Mayor Pavel Vyhnánek (Prague Sobě). The complex is to be open to Praguers all year round, after previous years, when it was only possible to enter it during events. Currently, sports grounds, playgrounds, electric grills and indoor spaces for sports activities are open in the lower part of the Exhibition Grounds from 6 am to 10 pm.

Experiences throughout the year

The leisure zone offers many activities for young and old. Everyone will really get their money’s worth. Mothers with children extensive children’s climbing frames, which are freely connected to the sandpit and playground in the lower part of the complex. Next door is the bike park, which is dominated by a “watchtower”, a round structure of iron and wood, which provides parents with an overview of what is happening on the track. Especially adults will appreciate the boulder wall, the largest parkour playground in Prague or the popular skate park. You don’t pay for anything.

As part of the landscaping, roads and footpaths are being renovated throughout the Exhibition Grounds. On new asphalt surfaces it is possible to ride on roller skates. In dog weather or during the winter, guests can take a dip in the six-lane indoor pool and visit the steam room. However, it must comply with epidemic measures. Another attraction is the large ice rink. “In the last three years, the Exhibition Center has become a place that is visited by, for example, five thousand people a day in the summer,” praises Tomáš Hübl, Chairman of the Board of Directors of Výstaviště Praha.

Transformation of the Art Nouveau palace

The largest investment ever goes to the repair and expansion of the Industrial Palace, which dominates the entire Holešovice complex. The building will cost more than two or two crowns. Unlike the reconstructions of other buildings and spaces carried out by a company owned by the city, the city itself took over the transformation of the historic Art Nouveau building. “We anticipate that work will begin early next year. The Industrial Palace is just tilting. Preparations are in full swing, “describes Pavel Vyhnánek.

“If there are no unexpected problems, the work will take two and a half years,” adds the deputy mayor. In addition to the completion of the left wing, which was reduced to ashes in a fire, statues that were removed during the war or later by the Communists will return to the facade of the palace. “The left wing will be a replica, but we will build it underground.” continues Pavel Vyhnánek. Supply cars will drive into the basement. In addition, large gastronomic facilities, elevators, changing rooms and sanitary facilities will be built underground.

Back to the roots

The building plan aims to restore the Industrial Palace to its splendor from 1881. A great attraction for visitors will be the establishment of an observation deck on the roof, which previously operated since the opening of the palace to the public. Furthermore, the stained glass windows and other elements that were taken over by various disasters will be repaired.

“The palace deserves repair,” I think Tomáš Hübl. There will no longer be holes in the glass, modern heating and air conditioning will be added, and thanks to this, energy will be saved. Previously, heating in the winter was about 300 thousand crowns a day. “After the installation of new technologies, it will cost a fraction of the price,” adds the chairman of the board.

“We have a lot of work to do, because almost no money has been invested in the complex since the 1990s,” Pavel Vyhnánek shakes his head. Right next to the palace, an extensive reconstruction of the former Bohéma restaurant is underway. Křižík’s pavilions are given a new look, with only one expected so far, because the show Stardance is being filmed inside.

Together with the repair of the Industrial Palace, a tunnel will lead from the palace to the pavilions. The municipality of the Spiral Theater, known from the 1990s for a concert with many reruns by Jesus Christ Superstar, is a great success. People sit inside like in a spiral. However, the demolition was originally planned. The Prague unique was saved at the last minute. 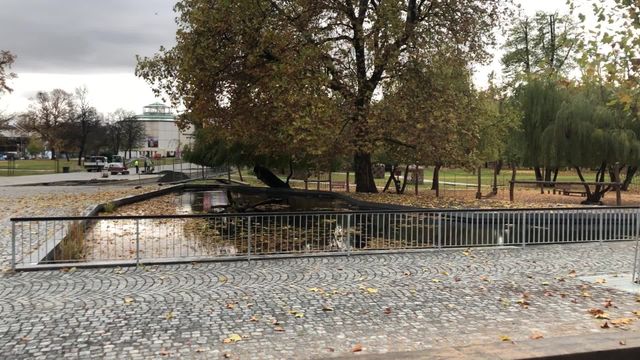 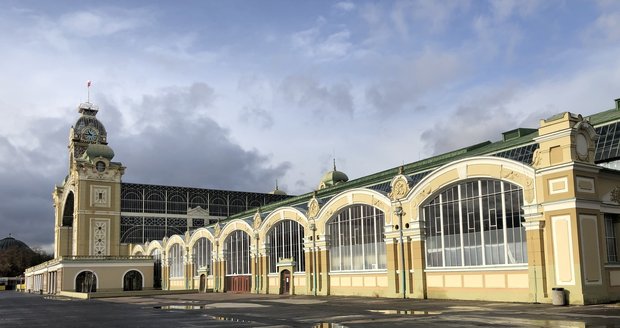 The Exhibition Grounds have been undergoing huge changes for three years

The most expensive city in the world is Tel Aviv, Prague ranks 79th

‹ Several evacuated after fire in the Old Town in Oslo – NRK Norway – Overview of news from different parts of the country › Ice hockey: ERC Ingolstadt against the Eisbären Berlin on TV