Make the world a better place. Rotarians from all over the world met in Prague

“Our mission is to make the world a better place!” Under this age-old slogan, with the arrival of autumn, one of the largest international meetings of Rotarians took place in Prague. This multizon institute was used by 563 registered people from 51 countries. Volunteers from a number of Rotary clubs took care of the smooth running of the meeting in the week from 14 to 19 September.

As is well known, Rotary International is the oldest international club organization in the world. It was founded in 1905 in Chicago, USA. It currently operates in more than 200 countries, where it has 1.2 million members in 35,000 Rotary clubs – women and men, leaders, entrepreneurs and professionals from various fields.

Rotarian clubs are grouped around the world in more than 530 so-called districts. The Czech and Slovak Rotarians form District 2240 and together they hosted the aforementioned international event at the highest level.

“This worldwide network is united by the idea expressed by the motto” Service Above Self “, ie Service over personal interests,” explains Jan Machálek, from Rotary Spa in Poděbrady. “Rotarians voluntarily devote their time and abilities to the benefit of others,” Machálek continues, “both within their own community and internationally. Based on ethical principles and values, such as friendship, integrity, diversity, service and team leadership, they fulfill their noble mission – to make the world a better place. “

Rotary in our countries

The first Rotary clubs were established in Czechoslovakia in the 1920s with a great contribution from Jan Masaryk. During World War II, the official activities of the Rotarians in occupied Europe were suppressed and persecuted by the Hitlerites, but many of them actively participate in the anti-Nazi resistance movement. After the war, the restored Rotary clubs in Eastern Europe were abolished between 1947 and 1989. For example, in Russia, the first Rotary club was opened in 1990. In the same year, Rotary’s activities in the Czech Republic were officially resumed. For example, in Poděbrady it was activated in 1992.

The top management of Rotarian clubs from more than half a hundred countries met at the Prague Congress Center. Among other things, a number of incoming district governors took part in the meeting to improve their leadership skills, motivation and legislation in the world’s oldest charity.

“The exchange of experiences took place not only during lectures, seminars and discussions, but also in the form of exhibition stands or information panels on club projects,” recalls Jan Machálek.

The star of the Prague Rotarian Congress was the current President Shekhar Mehta from India, but his predecessors were also present and many deserved members of the Rotarian movement. As we indicated above, this important meeting was hosted for the first time in the history of Rotary District 2240 – the Czech and Slovak Republics.

He is one of the authors of the idea to include the so-called International Rotary Day in the world calendar. Did it get its approval at the September international meeting of Rotarians in the Palace of Congress?

“I am happy to repeat what I have said many times: On June 6, 1922, when there were already many Rotary clubs in the world, Rotary International was officially announced. Next year, 2022, it will be exactly 100 years. It would be nice to have your international day on this date. The purpose of this meeting was not to approve this proposal, but during the negotiations, our world president RI Shekhar Mehta took a time when my colleagues and I could discuss everything together. Shekhar Mehta personally supports the idea of ​​an international day. We agreed that it should not be a celebration of Rotary, but a challenge to the whole world, let’s make the world better together, “concluded Jan Machálek. 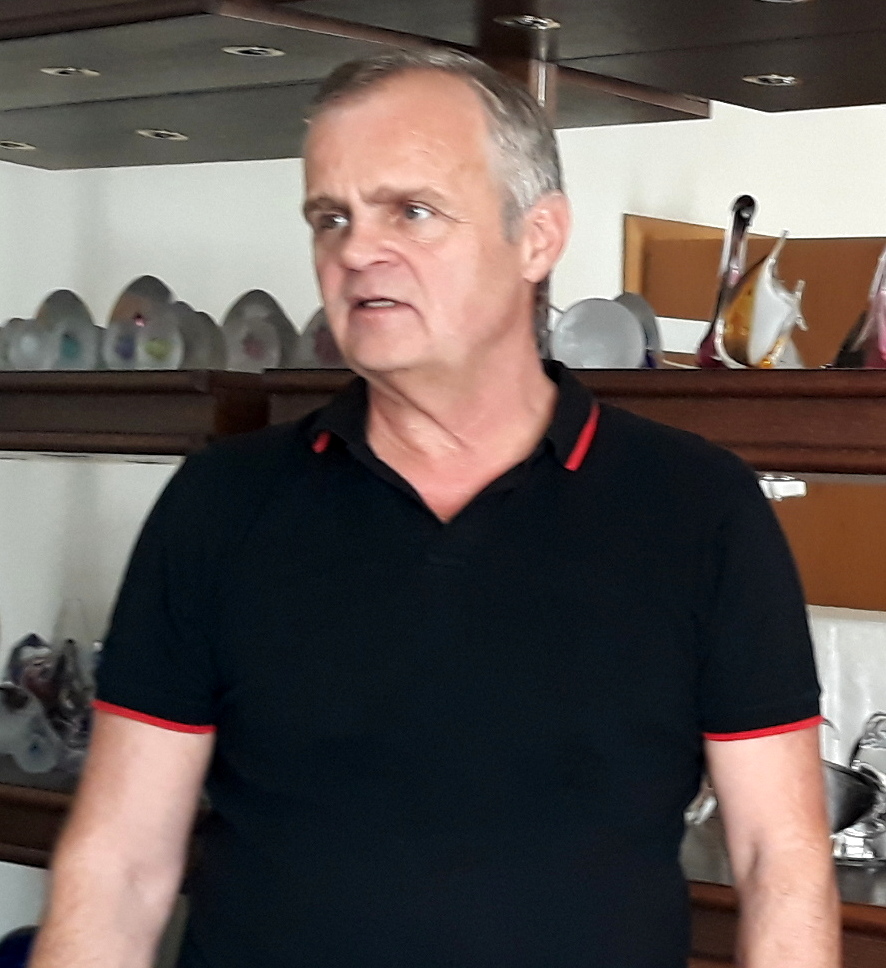 The QR code contains data for payment, you can determine the amount yourself.

Review of The Spy Game with Benedict Cumberbatch

Young tennis players in Prague are fighting for a trip to Wimbledon. Take a look at the results of the first tournament Other sports Sport | Pražská Drbna