Prague has launched a network of public toilets, 3 games and a restaurant

“We want to give people the opportunity to bounce back in the city with dignity, because we consider it a basic human right,” said Deputy Mayor Ondřej Rut (Greens).At the same time, we are also working to create more public barrier-free toilets operated directly by the city district and in a higher quality than at present. In many places we still have only toi toi “, adds the deputy mayor.

“Nouzovka “is a network of companies in Prague 3, where you can go to the toilet for free. In addition to various town hall buildings, it relies primarily on the will of private individuals who are willing to provide such a service to the public, “added Mayor Jiří Ptáček (TOP 09)

The troika was inspired during the creation of Nouzovka mainly in Prague 7, where there is a similar SOS WC initiative. You can find more in Pilsen or Brno. “From a human point of view, participating in the project was a matter of course for me. If guests then stay for coffee or something small, it will only be a pleasant benefit, “explains Michal Koksa, owner of Osika Restaurant.

The project is mainly aimed at parents with children, the elderly, pregnant women or people with an illness. So far, 12 private facilities and 16 buildings belonging to the city district are participating in the project. Among the private ones are, for example, Osika restaurant or Café under the treetops. From the public ones, it is then necessary to be the information center of the city district.

Any interest and company can join the network described above. All you have to do is contact the office via e-mail [email protected] or make an appointment on the telephone number 222 116 264. The listed companies are then already drawn on the map. 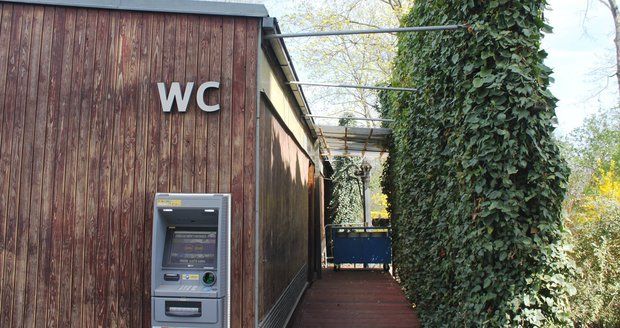 Prague 3 has launched a network of public toilets. They are marked with a yellow sticker and a red stick figure. illustrative photo

‹ Martini Festival of the Citizens Guard in Salzburg › the prefect wants to bring together the mayor, president of the Metropolis and the region to speed things up