On Friday, October 29, protesters gathered in Strasbourg, France, against Sri Lankan Prime Minister Gotabaya Rajapaksa’s visit to Scotland for the United Nations Conference of the Parties on Climate Change (COP26). 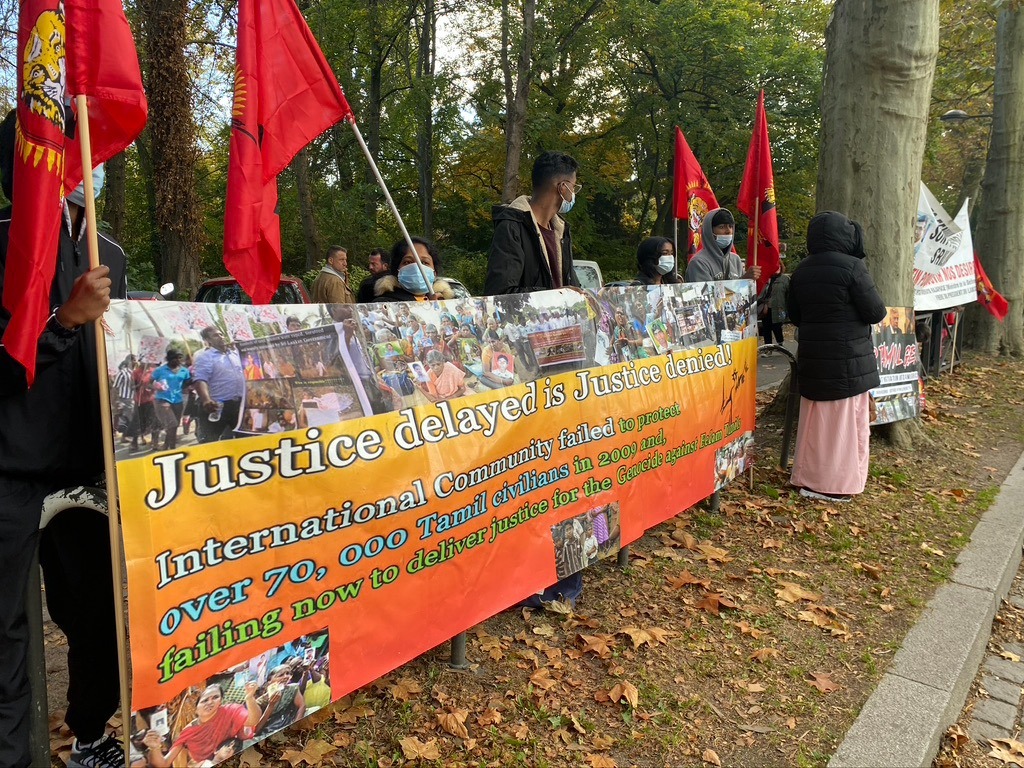 Protesters gathered outside the European Parliament building, holding signs calling for “an independent international investigation into the Tamil genocide”. 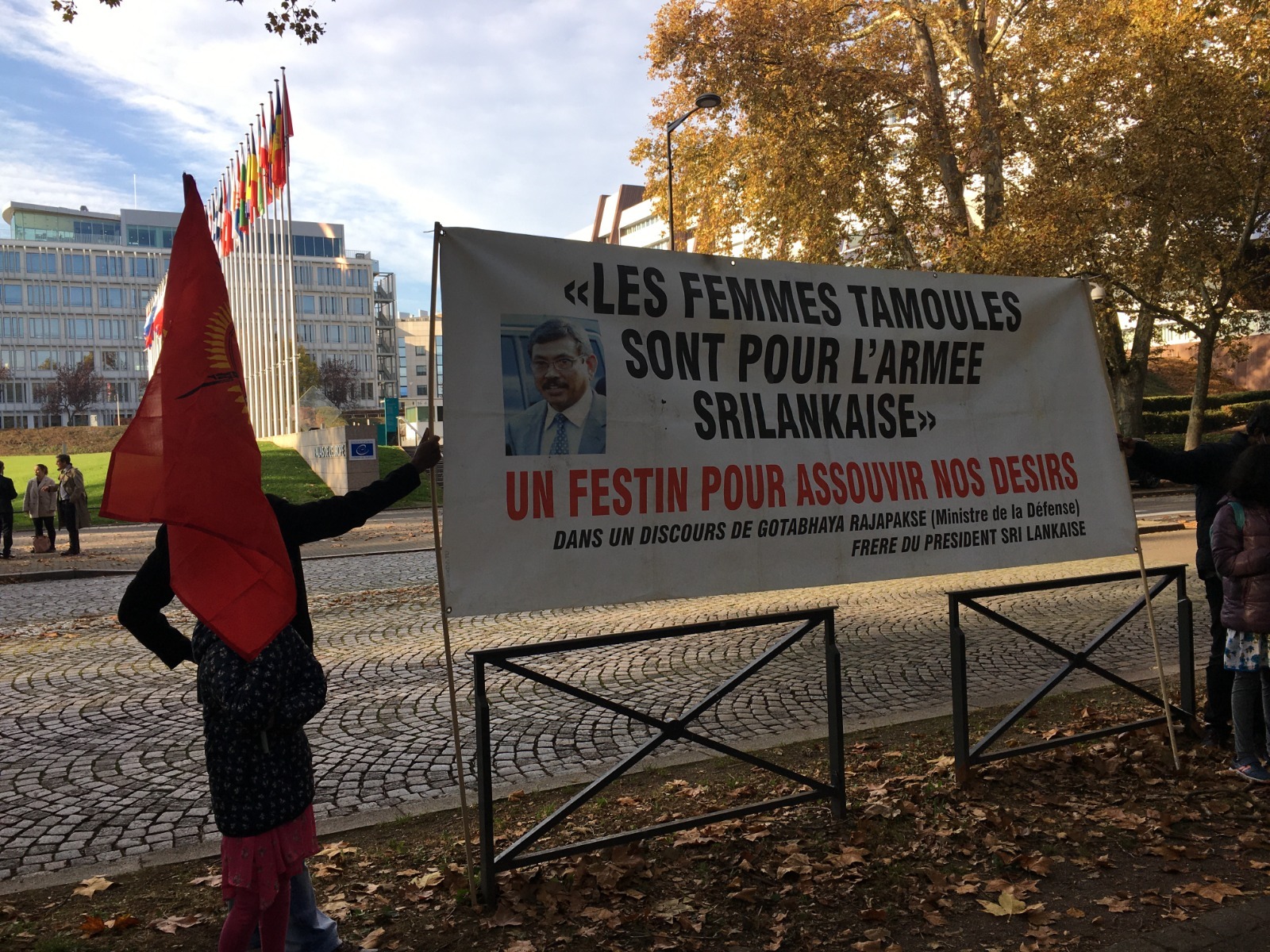 The protesters have presented a number of demands, some of which include;

(1) Gotabaya and Mahinda Rajapaksa must be arrested and tried before the International Criminal Court.

(2) All countries must have a voice in the investigation of the Genocide against the Tamils.

(3) Tamil Eelam should be seen as a viable solution to protect Tamils ​​and their lands in Sri Lanka. 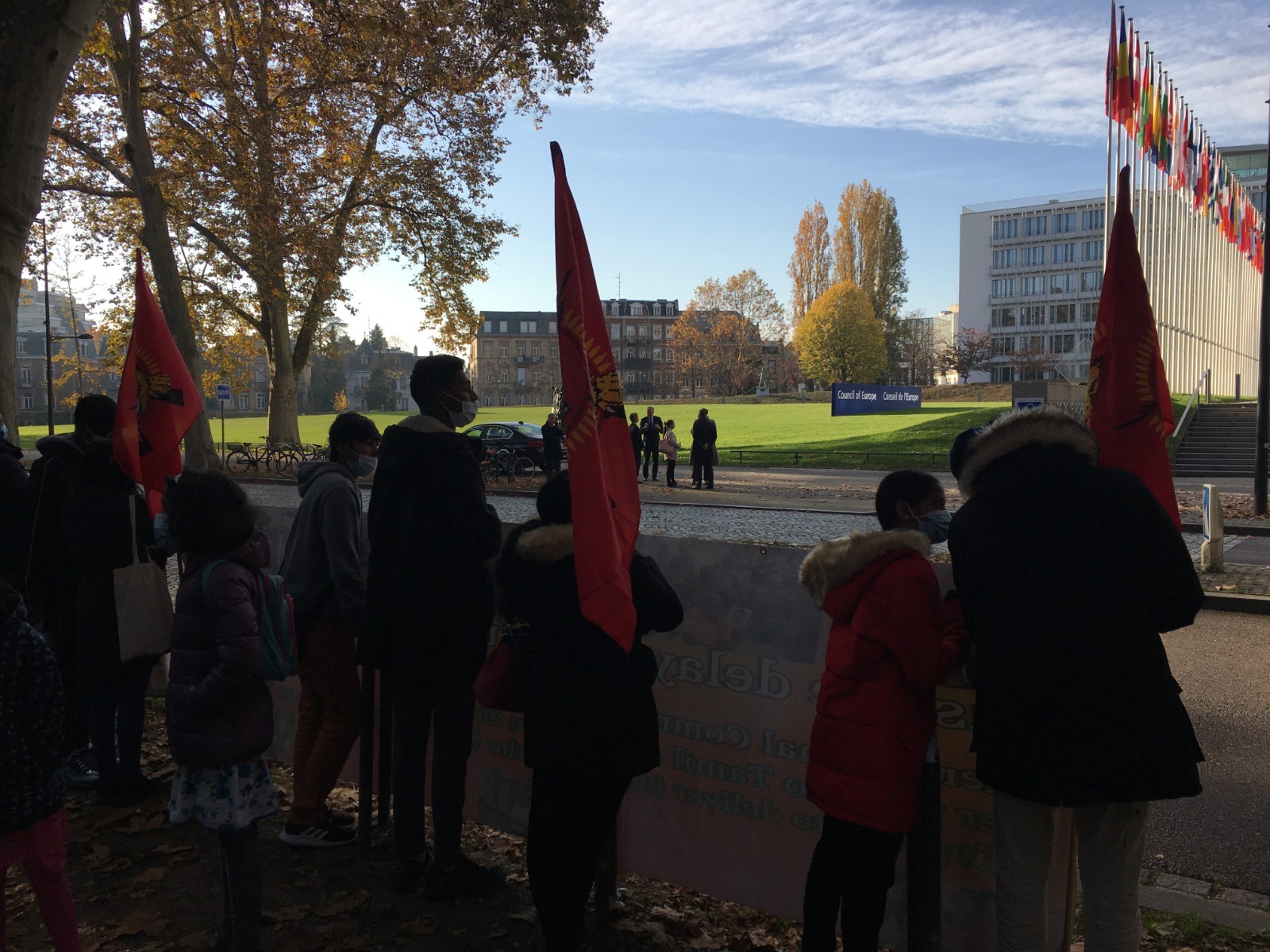 The protesters too gathered in Belgiumcondemning Rajapaksa’s visit to Scotland for the COP26 event.

Rajapaksa is due to speak at a panel titled “Rediscovering Nitrogen: Solutions and Synergies for Health, Biodiversity and the Circular Economy in the Face of Climate Change” at COP26. However, Tamils ​​in the UK have started rallying to protest his speech at COP26.

Read more: Gotabaya in Glasgow ahead of mass protests

Scottish Tamils ​​are in the midst of a massive publicity campaign calling for the President to be held accountable for numerous war crimes for which he was responsible during his tenure as Defense Secretary. Earlier this week, images of the Sri Lankan president were projected onto Scottish buildingsincluding the Scottish Parliament, calling for justice for the Tamil Genocide.

Learn more here: Digital campaign takes off in Scotland ahead of Rajapaksa visit

Young people must stand up against populism, nationalism and extremism that risk silencing them, says Secretary-General

‹ The costs of tourists in Russia are calculated: Russia: Travel: Lenta.ru › Milan, crash test against Roma: another show of strength is needed at the Olimpico