SV Ried challenges the series champions: “We want to score against Salzburg” – Bundesliga

In the 13th round of the ADMIRAL Bundesliga Hat die SV Guntamatic Ried Red Bull Salzburg will be a guest on Saturday, October 30th. Kick-off in the “josko ARENA” is at 5 pm. In the championship, SV Guntamatic Ried was last defeated by Austria in Vienna with 1: 4. Ried occupies ninth place in the table with 13 points and has been without a win for six league games. In the Cup last Wednesday, Ried rose to the quarter-finals with a 2-1 win at Sturm Graz. 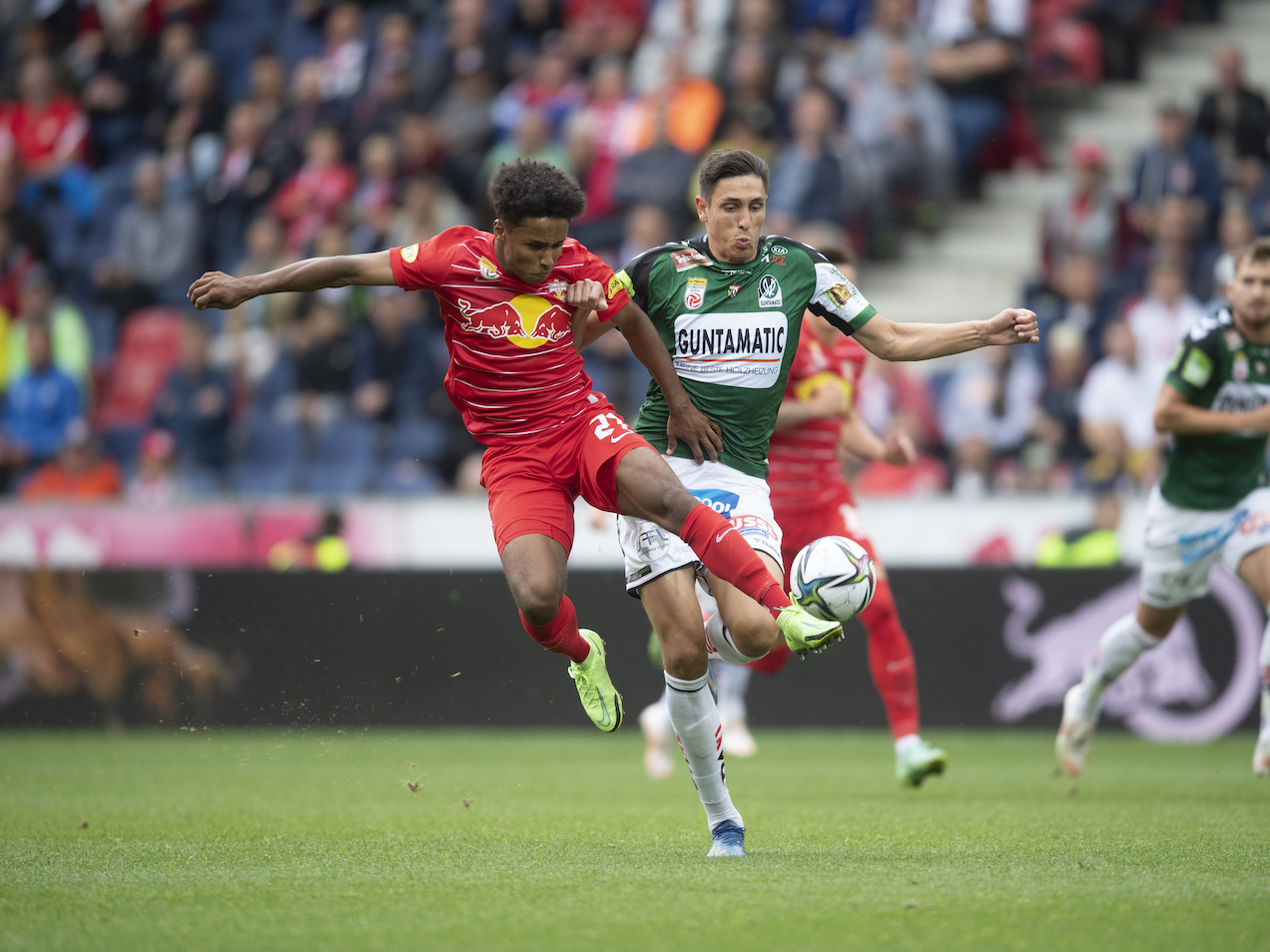 “We decided against Sturm to be in a good position at the back. We succeeded in doing that. We got the 1: 2 from a dummy counterattack. After that we defended extremely well again and did everything we wanted. That’s why we didn’t get through undeservedly, ”emphasizes SVR kicker Julian Wießmeier. “Since we haven’t been able to celebrate a win for a long time, that was of course really good. We were happy about it for a moment, but then the focus was immediately on the game against Salzburg. “

“Against Sturm Graz it was an extremely disciplined performance by our team. We implemented what we set out to do. We did very well at the back, ”explains SVR interim trainer Christian Heinle. “As the game continued, we were able to put pinpricks and scored the goals at the right time. Of course, you also need a bit of luck to win against Sturm away from home. After the 2-0 win, we still had a chance to make it 3-0. Unfortunately, we then received the goal. But after that we defended very well and deservedly promoted. This victory was of course extremely important for self-confidence. You have seen over the last few weeks that we have made progress in terms of football. Unfortunately we didn’t get rewarded for it. In Graz we also had the necessary luck. The mood is accordingly good now. “

“Everything has to be right for us on this day”

“Salzburg are clearly the best team in Austria. We therefore know what to expect. But we also want to score against Salzburg, even if it won’t be easy. They are very intense, you hardly have any time and they will put us under pressure right from the start. Everything has to be right for us on this day. We can’t afford to make mistakes against Salzburg. But we will try everything in front of our fans to continue our home series and we want to take away from this game too, ”said Julian Wießmeier.

“Of course it won’t be easy for us against Salzburg. Everyone knows what qualities Salzburg hat. It’s a top international team. It WILL be a real folk festival for our fans ”, Christian Heinle is convinced. “Salzburg will play their game with us. We have to show a high willingness to run and a lot of discipline again. If we are consistent, can hold the zero for a long time and are lucky again, then something is possible against Salzburg with our fans behind us. “

In the championship, SV Guntamatic Ried and FC Red Bull Salzburg have met 83 times so far. In these 83 games, Ried was victorious 15 times. 21 games ended in a draw, Salzburg won 47 times – with a total goal balance of 153 to 87 for Salzburg.

Three people in court in Salzburg

‹ Sweden acted too slowly as a pandemic drama country, finds probe, World News › Stay in the trees with At Harads: Sweden’s luxury “Treehotels”